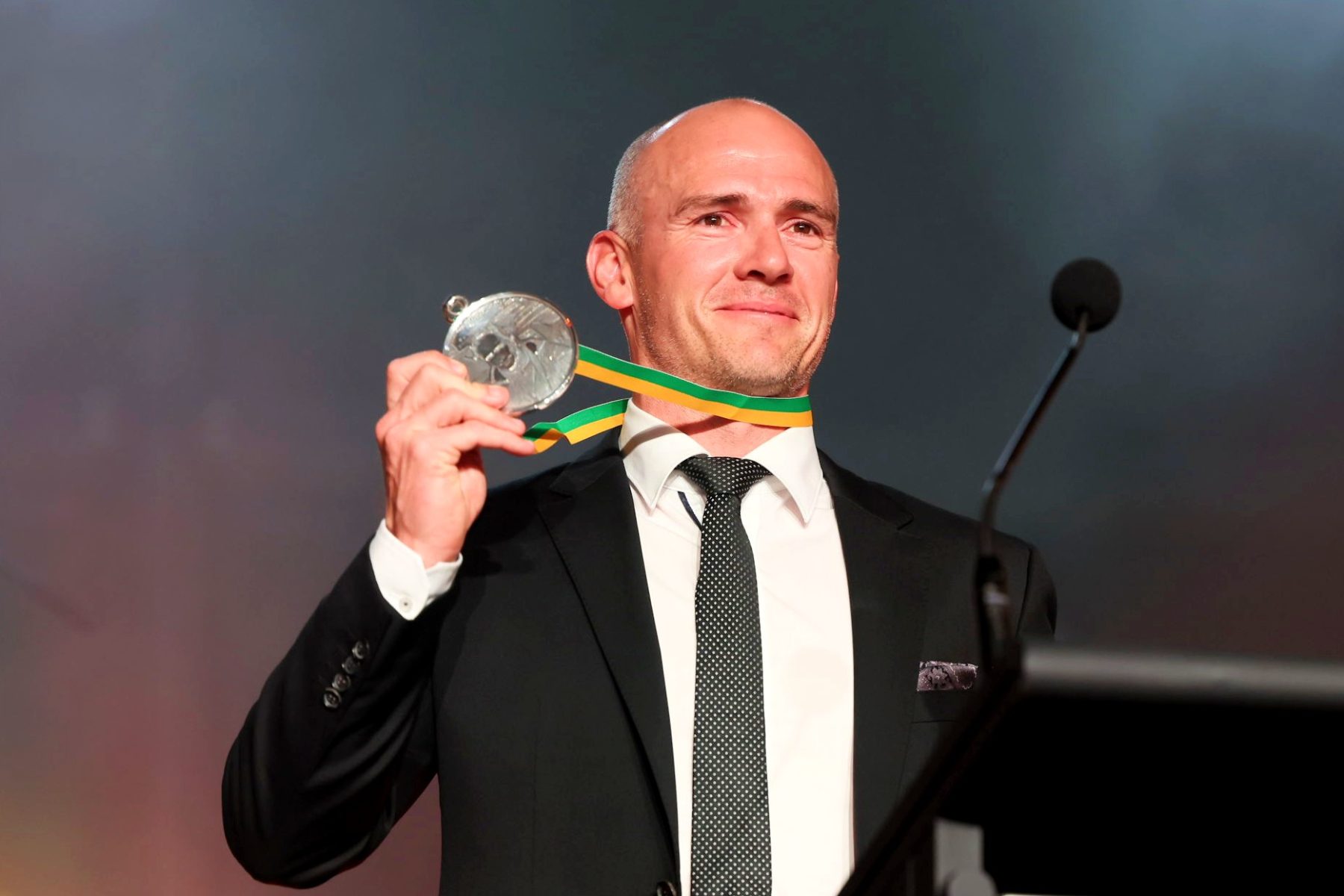 An emotional Lee Holdsworth has taken out Supercars' 'best and fairest' award, the Barry Sheene Medal, for the first time.

The curtains fell on Holdsworth’s full-time career on Sunday at the VALO Adelaide 500.

In typical tenacious style, Holdsworth powered from 22nd to ninth to help Penrite Racing clinch fifth in the teams’ championship.

The 39-year-old collected the Sheene Medal at Monday night's Supercars Gala Awards at the Adelaide Oval.

The media-voted medal been awarded since motorcycle racing great turned Supercars commentator Sheene passed away in 2003.

It recognises 'a driver who displays outstanding leadership, media interaction, character, personality, fan appeal and sportsmanship throughout the season'. 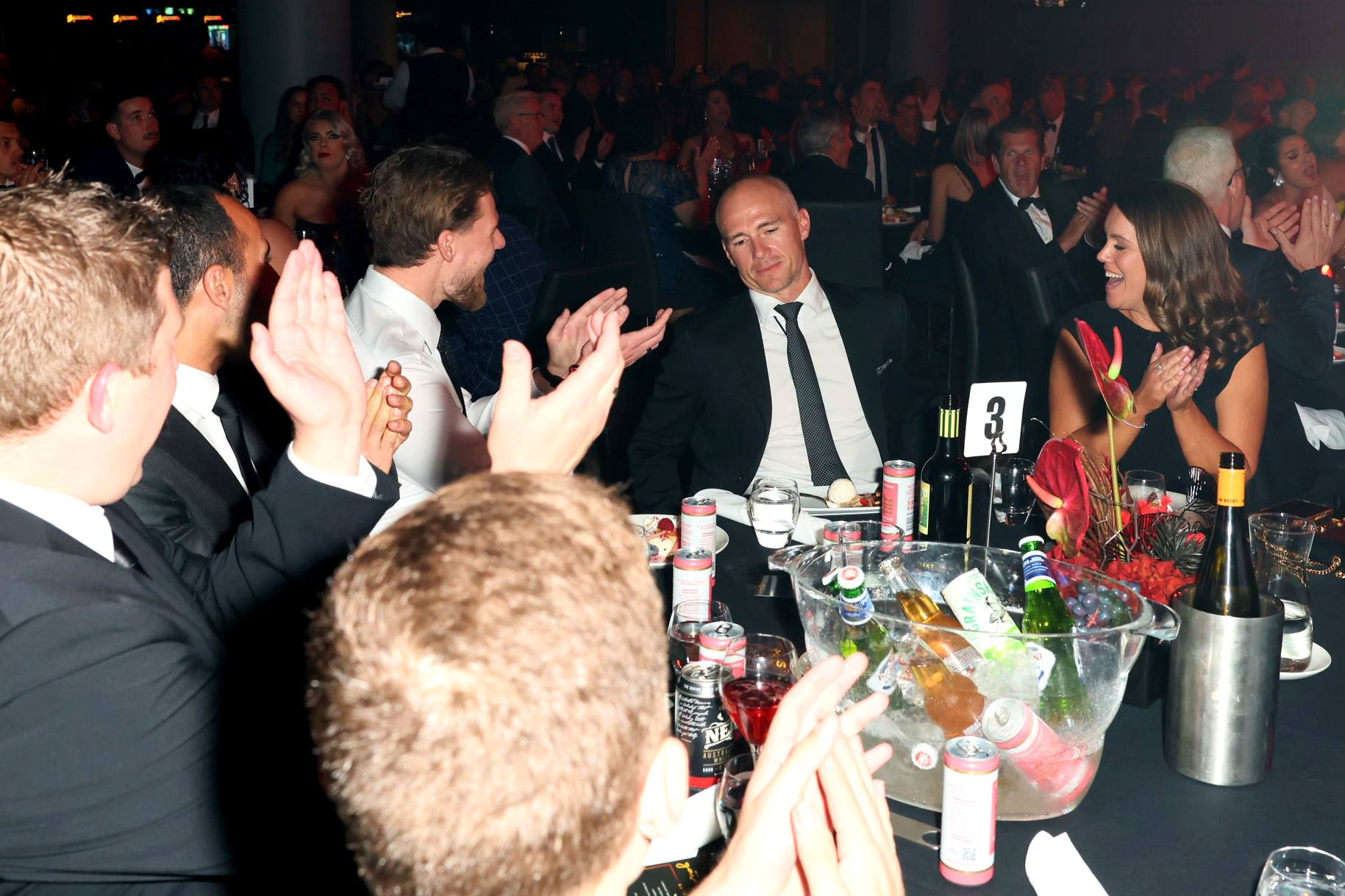 Marcos Ambrose won the very first Sheene Medal in 2003, and backed it up a year later — both years, he won the drivers’ title.

Holdsworth — the 2021 Bathurst winner — is highly regarded by his peers, and is often labelled the ‘nicest guy in pit lane’.

A surprised Holdsworth who took to the stage at the Gala Awards to accept the prestigious honour.

The 511-race veteran received a standing ovation from his colleagues.

"This one is actually better than Lego," Holdsworth joked.

"This is pretty special. I certainly didn't expect this.

"I've had a long career in the sport. I've got so many people to thank.

"Thank you to everyone who supported me, thank you Chaz [Mostert] and Walkinshaw for last year [winning Bathurst].

"Thank you to Penrite Racing for this year... to finish on my own terms is pretty incredible."

Holdsworth is the 10th driver to win the Barry Sheene Medal, with Craig Lowndes a five-time winner.

Scott McLaughlin won his third medal in 2020, the year of his third straight championship.

Shane van Gisbergen, Will Davison, James Courtney and Mark Winterbottom have one each.

"It’s fantastic that two key members of our team this season have been recognised by the sport," Grove Racing boss Brenton Grove said.

"It’s also a credit to everyone who has made it happen for them behind the scenes at Grove Racing.

"Lee is such a deserving winner for the Barry Sheene Medal.

"His experience and professionalism have been great assets this year as we continue to build our Supercars squad.

"He’s great with the fans, sponsors and is universally respected throughout the paddock because of his great character.

"Matt winning Rookie of the Year only further validates the belief we have in his talent.

"We gave him clear direction on our expectations were at the start of the Super2 season.

"He has gone out and delivered, which is why we made the call to promote him to the main game in 2023."