Gracie is Aiming to be V8 Supercars’ Next Female Driver 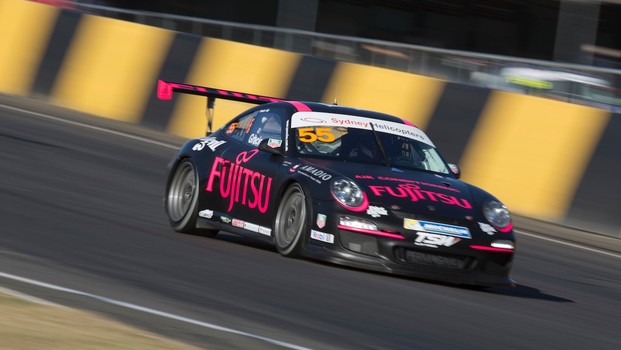 One of thecategories to run through the streets of Queensland at the next V8 Supercarsevent, the Sucrogen Townsville 400, is the highly competitive Porsche CarreraCup Australia. And this year, the series has a driver with a difference.

Gracie, atjust 18-years of age, is competing in her rookie season of Carrera Cupwith ambition to be the first female to race in the V8 Supercars Championshipsince Leanne Tander four years ago. Hailing from Kuraby, Queensland, Graciedrives for McElrea Racing and has leapt to the Carrera Cup ranks after animpressive career in karting.

“V8Supercars is the dream,” Gracie said of her future ambition. “To be on the gridat the Clipsal 500 or Bathurst in a V8 Supercar would be amazing – but mycurrent focus is developing in Carrera Cup and proving that I belong in thiscategory.”

Followingthe opening three rounds, Gracie’s progress has been commendable. She hasfinished all eight races so far with a best finish of 16th at the AustralianGrand Prix support event.

The step toCarrera Cup is a large one, however the former karting star is adopting arealistic approach to her accelerated career plan.

“I haven’tjust taken a big step to race in Carrera Cup, I’ve skipped steps to be here,”she said.

“It’sobviously a very steep learning curve but so far I’m really enjoying it. Icould’ve taken an easier option and moved up to state level Formula Ford, thennational Formula Ford or Formula 3 but what I am learning by racing Carrera Cupis invaluable.

“The carsare nearly as quick as a V8 Supercar and the level of driving talent isdefinitely the best outside of the main game. I’m driving for one of the bestteams and learning from my teammates Warren Luff and Michael Patrizi, who haveraced V8 Supercars.

“I get tolearn V8 Supercar tracks such as Clipsal, Townsville, Bathurst and the GoldCoast and I’m working with great sponsors and the media… so there are a numberof reasons why racing Carrera Cup made a lot of sense for my careerdevelopment.”

"Leannehas been great to me and a number of girls in motorsport, providing advice andguidance and obviously I admire Danica for what she has achieved,” Gracie said.

“In anumber of motorsport categories worldwide there are more and more females onthe grid and I would love to be the next one in V8 Supercars."

Along withthe achievements of Tander and Patrick, Gracie takes inspiration from a currentyoung gun in V8 Supercars.

“Manypeople had doubts about Scott McLaughlin jumping from karts to the DunlopSeries when he was only 16, and now he's still only 20 but he has already wonraces in V8 Supercars and he's now battling with the best drivers in the sport.

“I see thepath that I am taking as very similar to Scott’s and it would be a dream toemulate him in some way.”

For now,Gracie is committed to a multi-year program in Carrera Cup with the goal ofprogressing to the Dunlop Series or V8 Supercar Championship thereafter.

Visit Ticketek for tickets to the Sucrogen Townsville 400 or www.facebook.com/reneegracie formore information on Gracie.

22/06/2013
Related Content
2013 Sucrogen Townsville 400  ›
Stay In The Know
Sign up to the Virgin Australia Supercars Championship Newsletter
We use cookies to ensure that we give you the best experience on our website. If you continue to use this site we will assume that you are happy with it.Ok