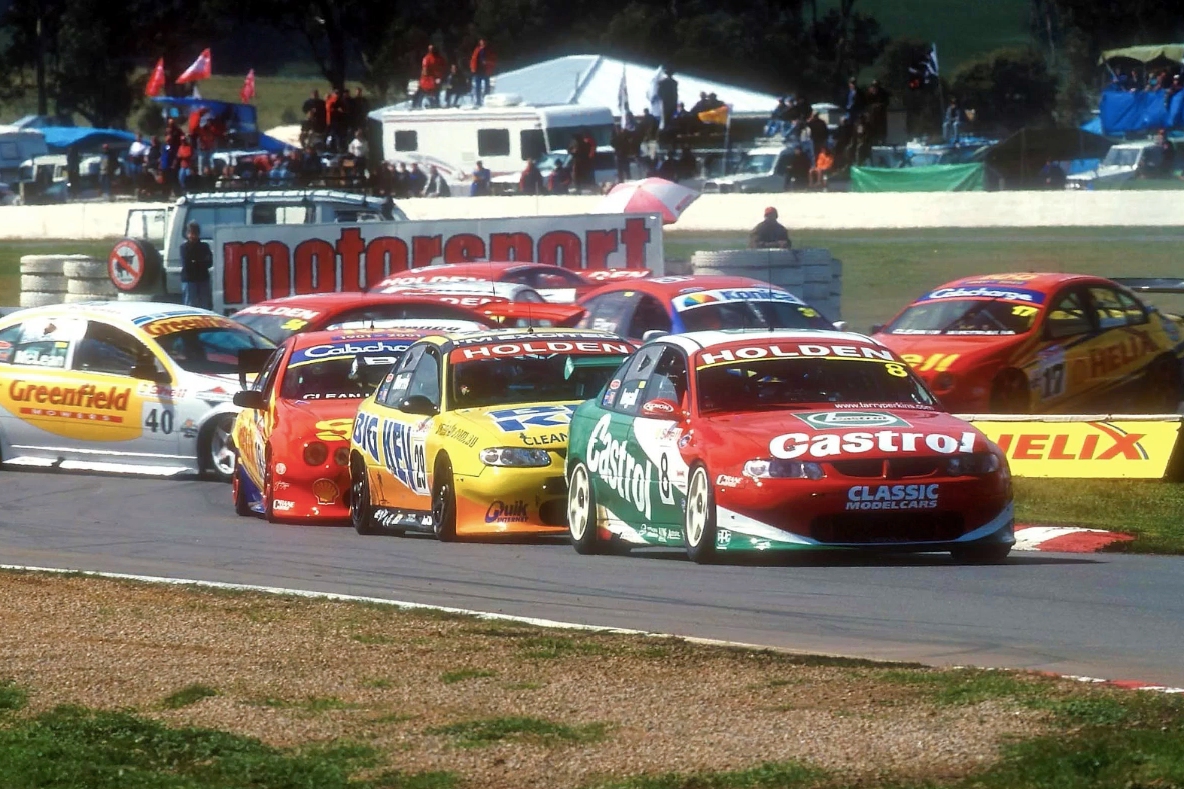 Russell Ingall and Greg Murphy are set to lock horns in Bathurst this year, and one of their key battles will be premiered on Supercars' official Facebook page.

The Winton battle between Murphy and Ingall in 2001 will be shown live on Supercars' account from 6:30pm AEST on Friday.

Ingall arrived at Winton high on confidence after finishing second alongside Larry Perkins at Queensland Raceway.

Searching for his second win of 2001 after winning the Darwin opener, Ingall claimed his maiden pole position.

However, it would be Murphy who emerged with the spoils in the Winton opener.

Murphy started the race eighth and led when it mattered, with the race red-flagged following an incident between Paul Radisich and Tony Longhurst.

Radisich tipped Longhurst into a spin and into the concrete. The race was declared on lap 30 of 32.

Murphy was handed victory ahead of Ingall and Mark Skaife, who scored a podium after starting 15th.

Paul Morris, who won at Calder Park earlier in the season, launched from the front row and finish sixth.

Skaife would end the season a staggering 603 points ahead of Ingall, a record he improved 12 months later.