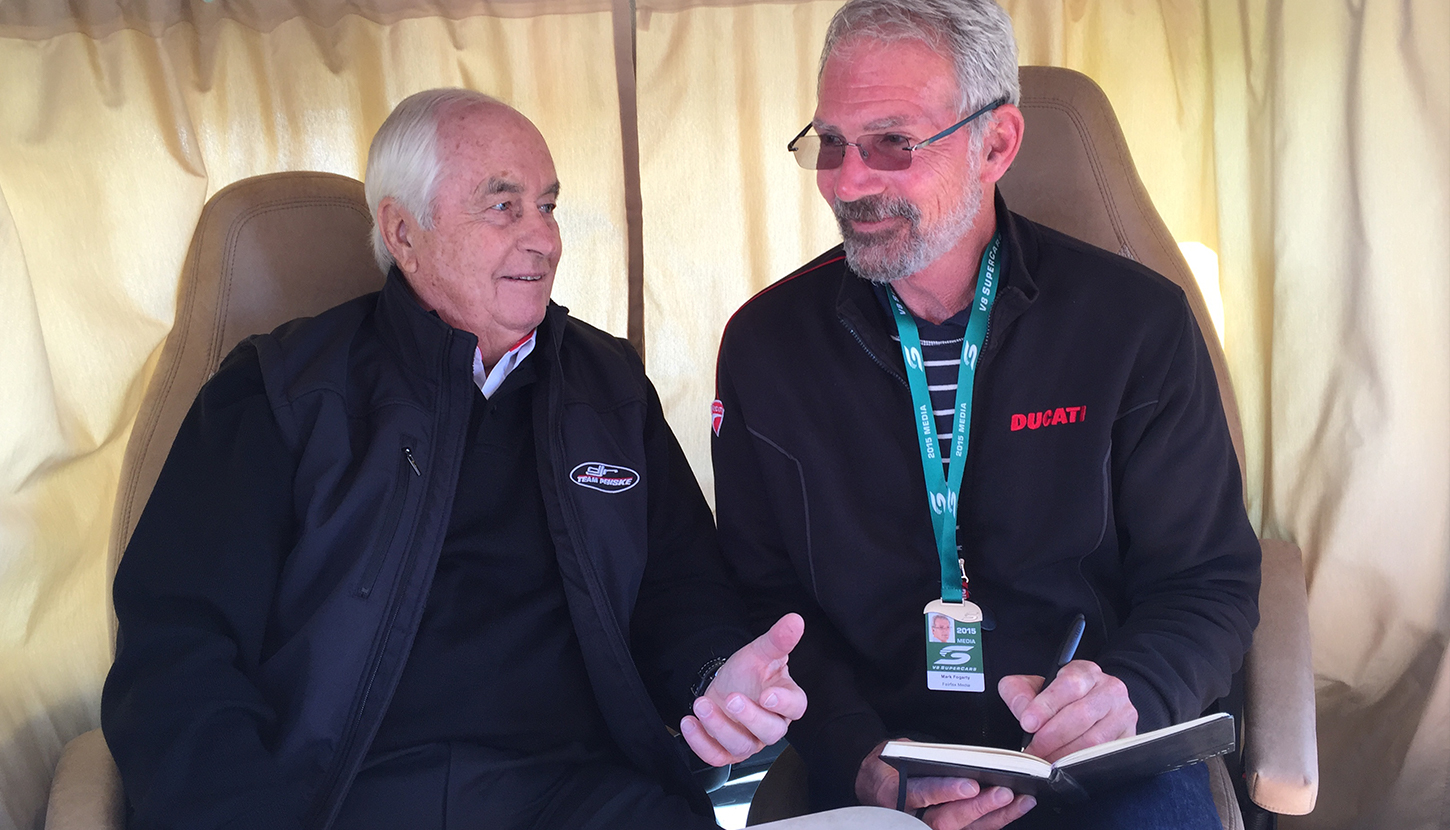 In a regular feature, Supercars identities open up to our probing pundit in a rapid-fire format.

The latest is Roger Penske, the American motor racing icon who added DJR to his powerhouse Team Penske portfolio.

A major force in IndyCar and NASCAR for decades, that same pedigree is transforming DJR Team Penske into an increasingly competitive squad.

This weekend, Penske, 79, is hosting Fabian Coulthard and Scott Pye at the 100th running of the famed Indianapolis 500 – which Team Penske has won a record 16 times – amid one of the biggest celebrations of the outfit’s 50th anniversary. 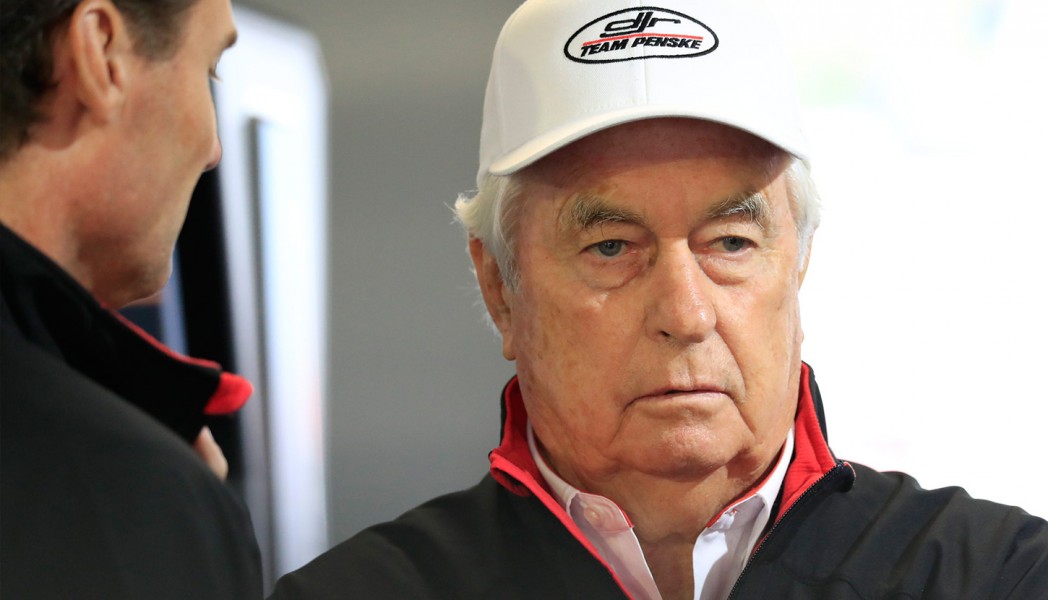 MF: What’s your appraisal of how the Supercars team is doing?

RP: I feel good about the progress. A year ago we were really trying to understand who was going to be our driver, and trying to understand the series and how to be competitive. We have a lot of new people, but I think adding Fabian Coulthard and a second car certainly gives us a benchmark. We’ve seen that. I think Coulthard and Scott Pye are really learning from the other and we’re seeing the performance of the team improve. So I’d give ourselves a better grade. It was a C-minus when I was out there a year ago and while we’re not a solid B yet, I think we’re getting close. We’ve had pole positions, we’ve had podiums, we’ve run competitively, and that’s where we need to be. But we need to get consistency. We’ve made some mistakes in the pits, had some reliability issues, and I think if we can clean that up, we can be competitive. But I’m fully committed. I really like the approach, I like our guys and I’m looking forward to a long-term relationship here. We certainly not just touching-and-go here and leaving. We’re going to stay here for the long-term.

Signing Fabian and keeping Scott seems to be working out.

I think that Scott certainly earned the opportunity in the second car and Fabian’s been a real class guy to bring on board. I think the two of them are pushing each other and together, we’re learning as a team and I think the race engineers that have also come on board (Phil Keed and Adam de Borre), they’re different but very good. I think Ben Croke, who’s the team manager on the ground, has done a nice job in pulling it together. That’s what we’ve needed to bring this together at the most professional level. We have a lot of good young guys that are putting in a lot of effort. So I’m very happy with the team, but more importantly, from a business-to-business standpoint, it’s been a home run for us because we’re using this as a customer relations exercise. Remember, part of my role in racing is that it’s the common thread that connects our business with our performance on the track.

Is the team to the point now where, commercially, it’s profitable?

It depends on what you mean by ‘profitable’. I would say we have some very good sponsors. To date, some of it is our own businesses supporting it. In all our racing, I try to have it zero-based because we put back in if there’s anything left over. And from an overall perspective, we had a good year last year. I look at this as just another division of our race team and when you’re building, you have to invest to get the results that attract sponsors. But I feel good about it and we made some good progress this year in gaining support, which is key.

But it’s not a big financial drain?

No. The costs and where we are, it’s very rational. I’m willing to support it at this level and will continue to because I know that we’re getting good exposure for our businesses there and starting to get noticed by outside companies. Other people are starting to see us with a little bit of performance and they’re interested in talking to us about sponsorship.

And manufacturer interest, is there any?

At the moment, I think Ford in the US is really focusing on NASCAR and also the GT program, and I think that’s a discussion we’d like to have with them on a longer-term basis. But at this point, I’ve not had that. I think we need to have a little bit of meat on our bone there before we can have a tangible conversation.

So there’s been no meaningful dialogue with any other manufacturers?

Not right now, no.

But you still keep nudging away at Ford?

Oh, yeah. This blue versus red rivalry is certainly an interesting situation and we hope that they (Ford Australia) will, at some point, have an interest in supporting not only ourselves, but the team that they’ve supported in the past (PRA). Right now, we’re carrying the flag on our own.

There’s been a lot of speculation about Scott McLaughlin driving for DJR Team Penske. Are you interested in him?

As far as the speculation about us being interested in him, at this time of year, talking to him would not be something we’re doing at the moment. I understand that he’s available at the end of the year. He’s obviously a talent that you’d have to take a look at, but at this point, we have two drivers that we have to support and it doesn’t do us any good to start talking about who we might hire or who we might not hire at this time. I think the key thing here is that we’ve had multiple drivers, quite honestly, that have come to us over the last, I would say, four or five or six weeks that have interest in us. People touch base with us to gauge interest. McLaughlin’s out there, but other people are out there, too, so I wouldn’t say at this point that there’s anything happening. We have no deal with McLaughlin, so I can put that to rest.

Would you consider expanding to three cars?

No. I have enough. Right now with four cars in IndyCar and what we’re doing in NASCAR, I think two cars there run properly is where we need to be. We just don’t have enough resources at this particular point or have enough experience to expand into three cars.

Mark Fogarty is Fairfax Media’s award-winning motor sport writer. ‘Foges’ has made his regular pilgrimage to the Indianapolis 500.