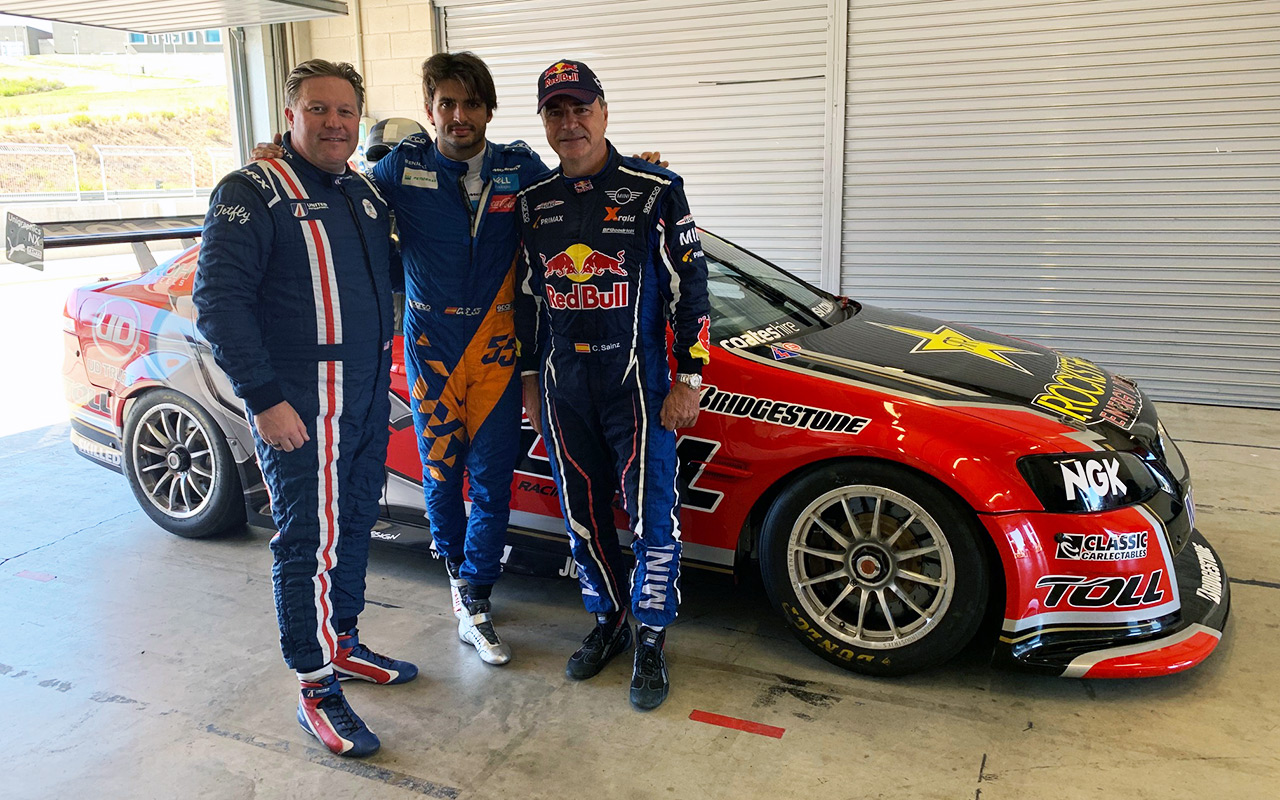 McLaren Formula 1 star Carlos Sainz and his two-time World Rally Championship-winning father of the same name have sampled a Supercar.

The duo took part in a track day with a selection of McLaren CEO Zak Brown’s classic race cars at the Navarra circuit in their native Spain on Thursday. 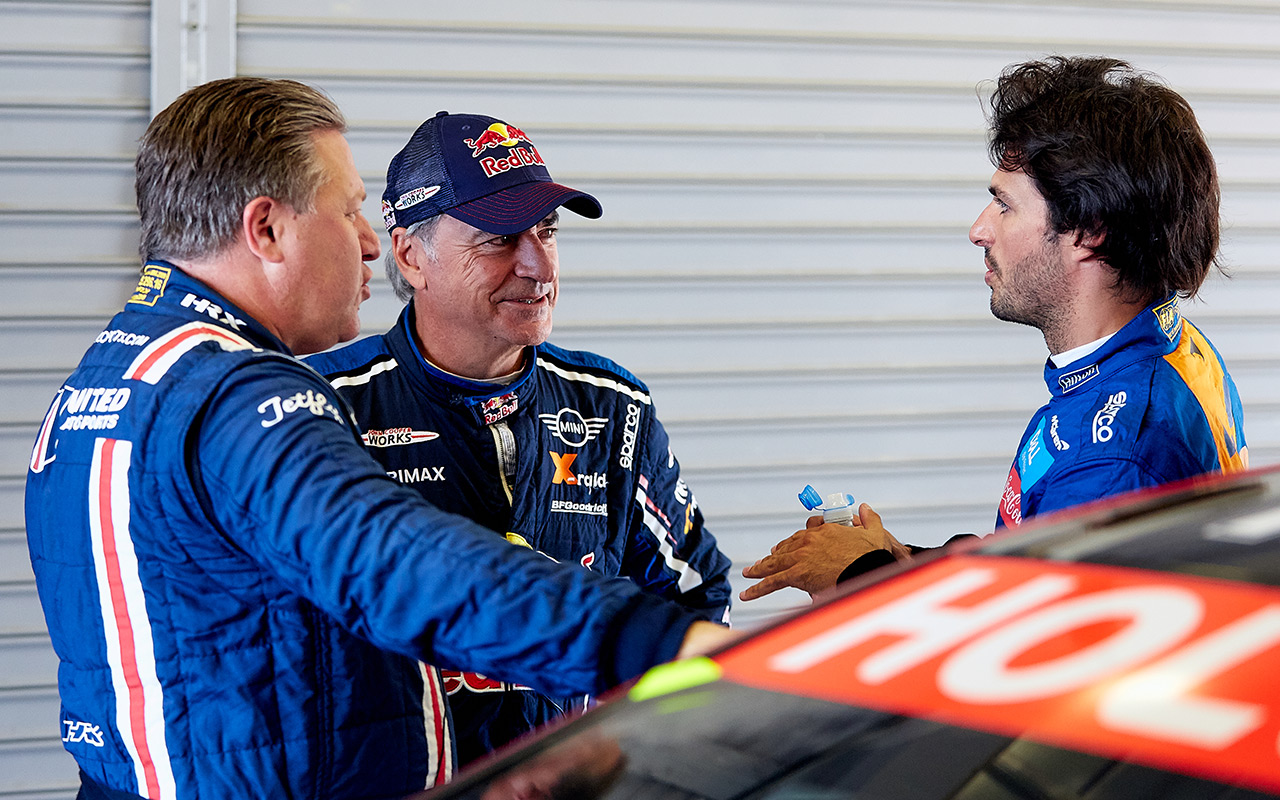 The American bought the car in 2017, prior to taking a stake in what is now Walkinshaw Andretti United through his United Autosports squad. 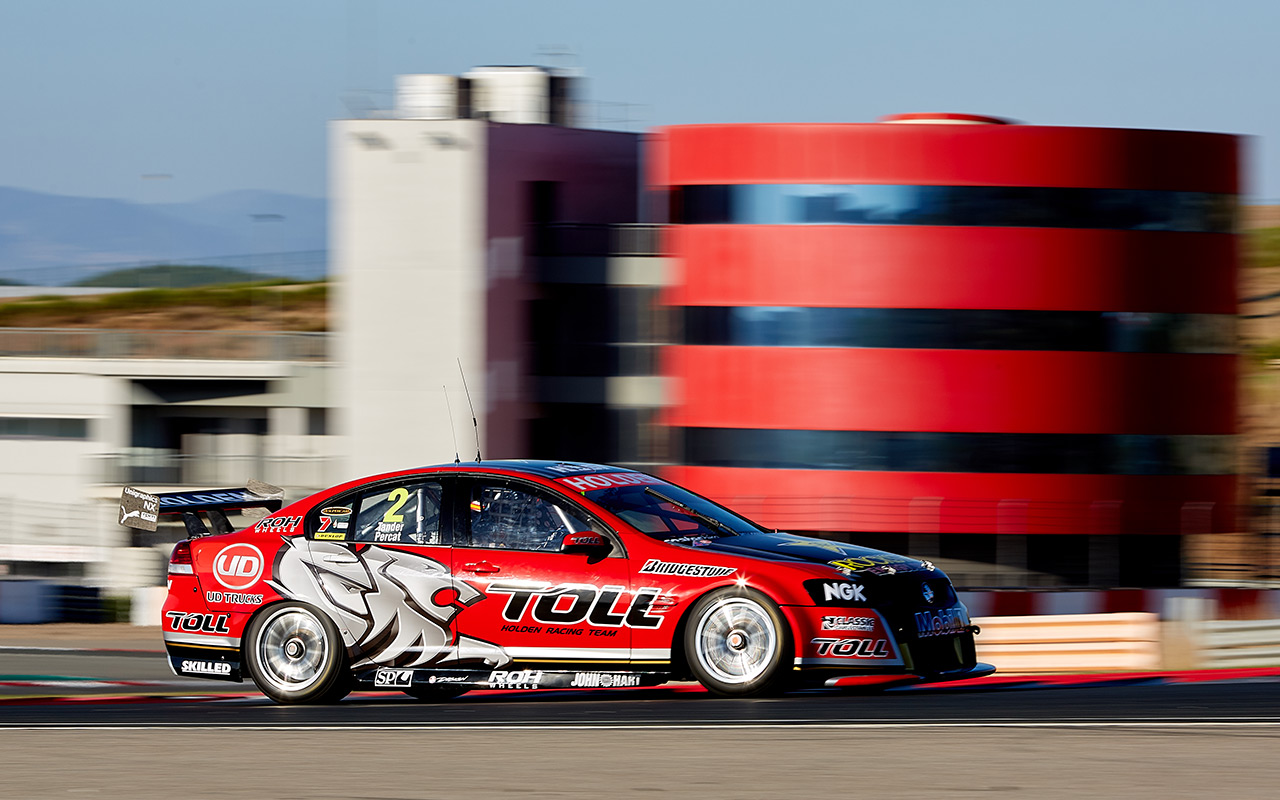 Sainz Jr, 25, is currently in his fifth season of F1, joining McLaren this year after previous stints at Toro Rosso and Renault.

“Everyone loved it, it’s such a fun car to drive,” said Brown of the HRT car during the test.

“It's just a good race car. It's fast and you can throw it around. They're having a blast. 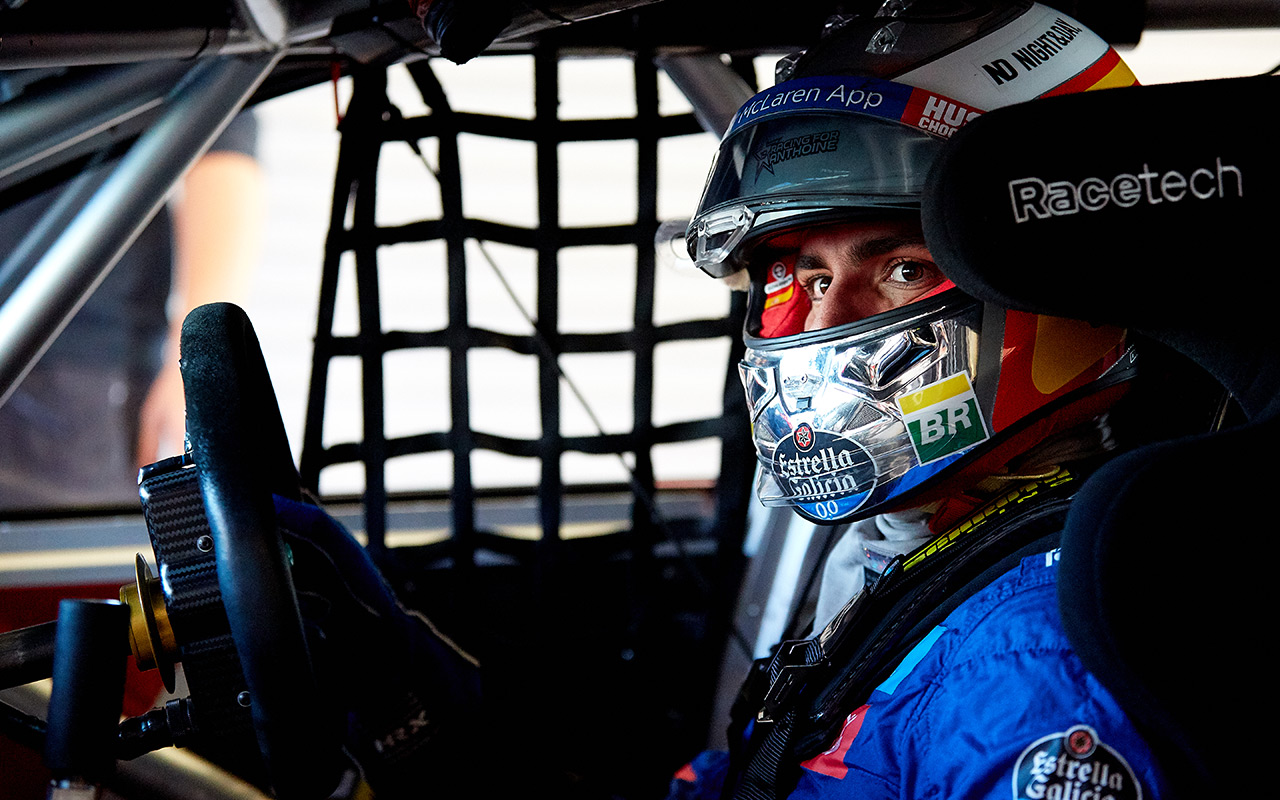 Sainz Jr behind the wheel of the Holden

While Sainz Jr has spent his career in open-wheelers, Brown said the youngster had no trouble adapting to the tin-top V8.

‘He was faster than all of us,” said Brown.

“He was probably the least sideways of all of us. But he put the best time down.

"He loved it. He's pounding around in it pretty aggressively. 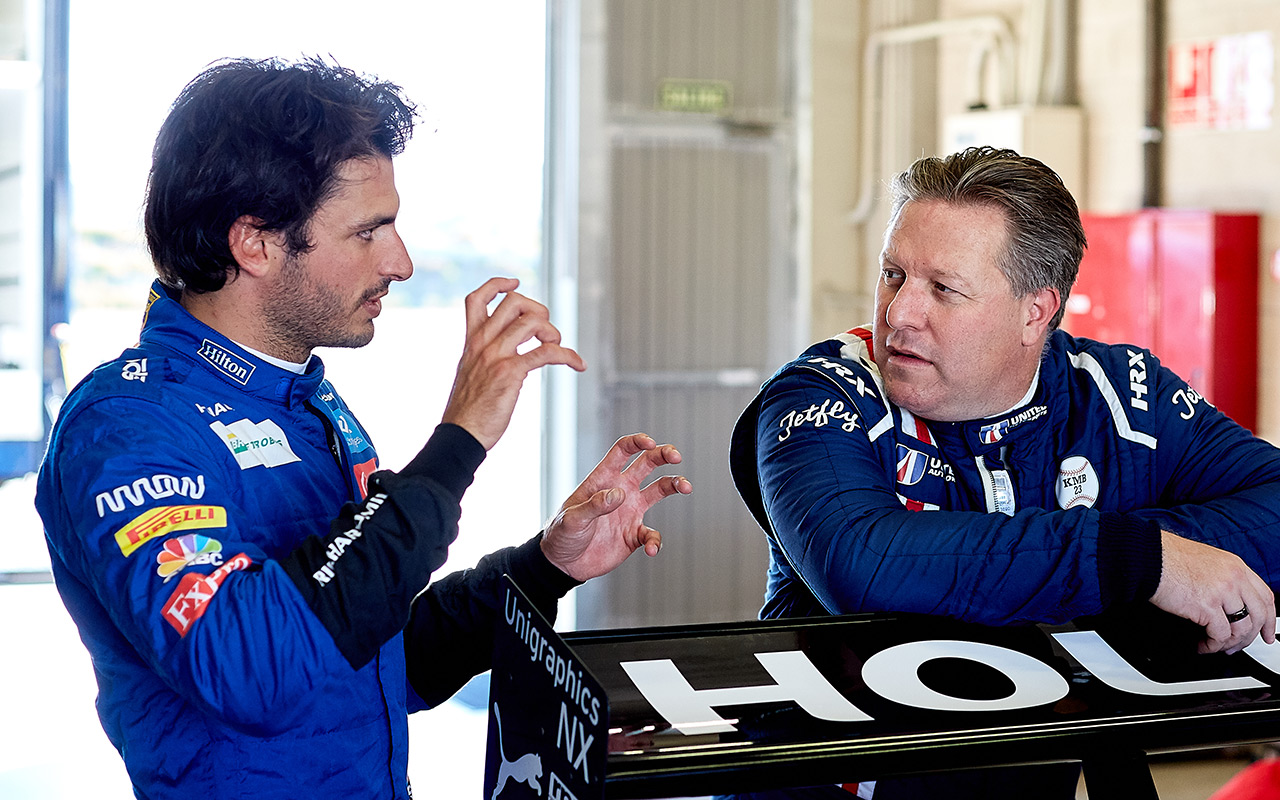 “Some drivers like to stick with what they know, but Carlos wants to drive everything.

The Navarra running comes two years after another famous Spaniard, Fernando Alonso was set to test the HRT car at Aragon, only for his run to be abandoned due to a lack of fuel.