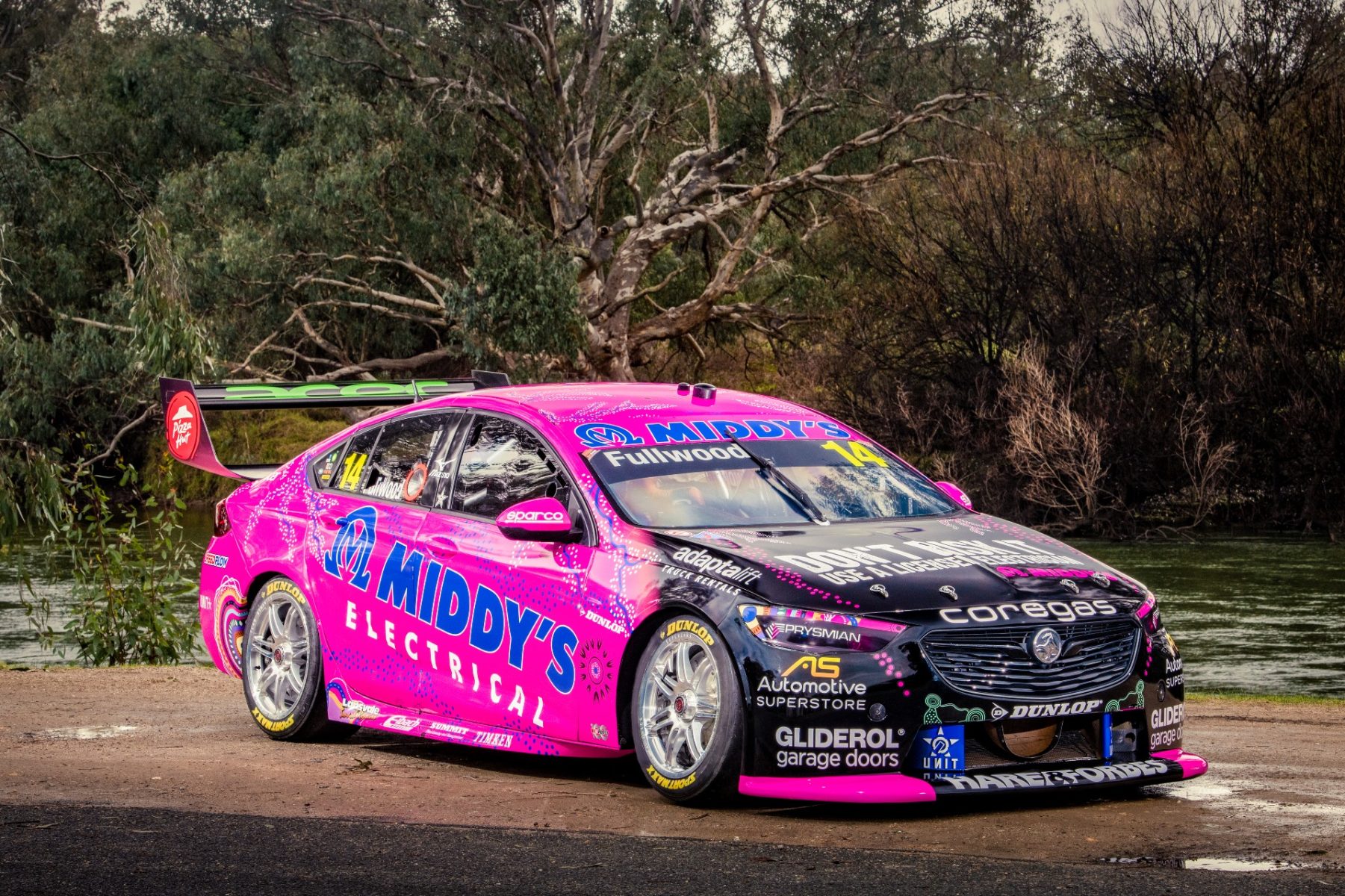 Darwin-born Bryce Fullwood will sport an electric-inspired Indigenous livery for his home event.

It's the third BJR livery to be designed by emerging Indigenous artist Jedess Hudson.

She took inspiration from Middy’s Electrical, which hold naming rights of the #14 Commodore.

Cairns local Hudson has paid tribute to Middy’s longevity in the electrical industry with her artwork, title 'Light the Way’. 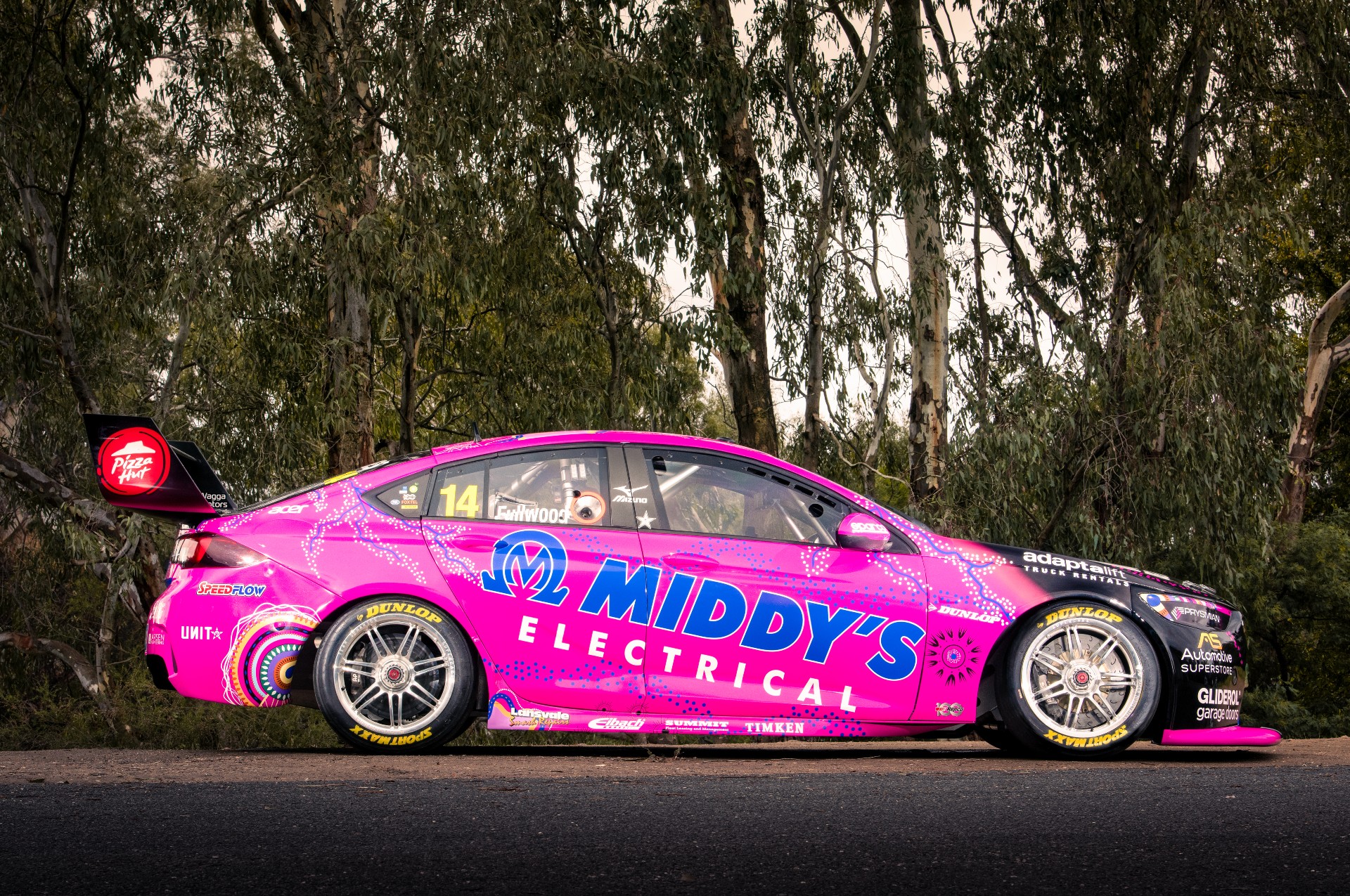 The car was taken to the Mungabareena Reserve in Albury to be photographed after being wrapped.

Now Queensland-based Fullwood spent the first half of the year in Albury.

It was where local Aboriginal groups met before heading to Mount Bogong in the Alpine National Park.

The men would catch Bogong moths to eat and return to feast, while the women would remain to pick grasses and make damper. 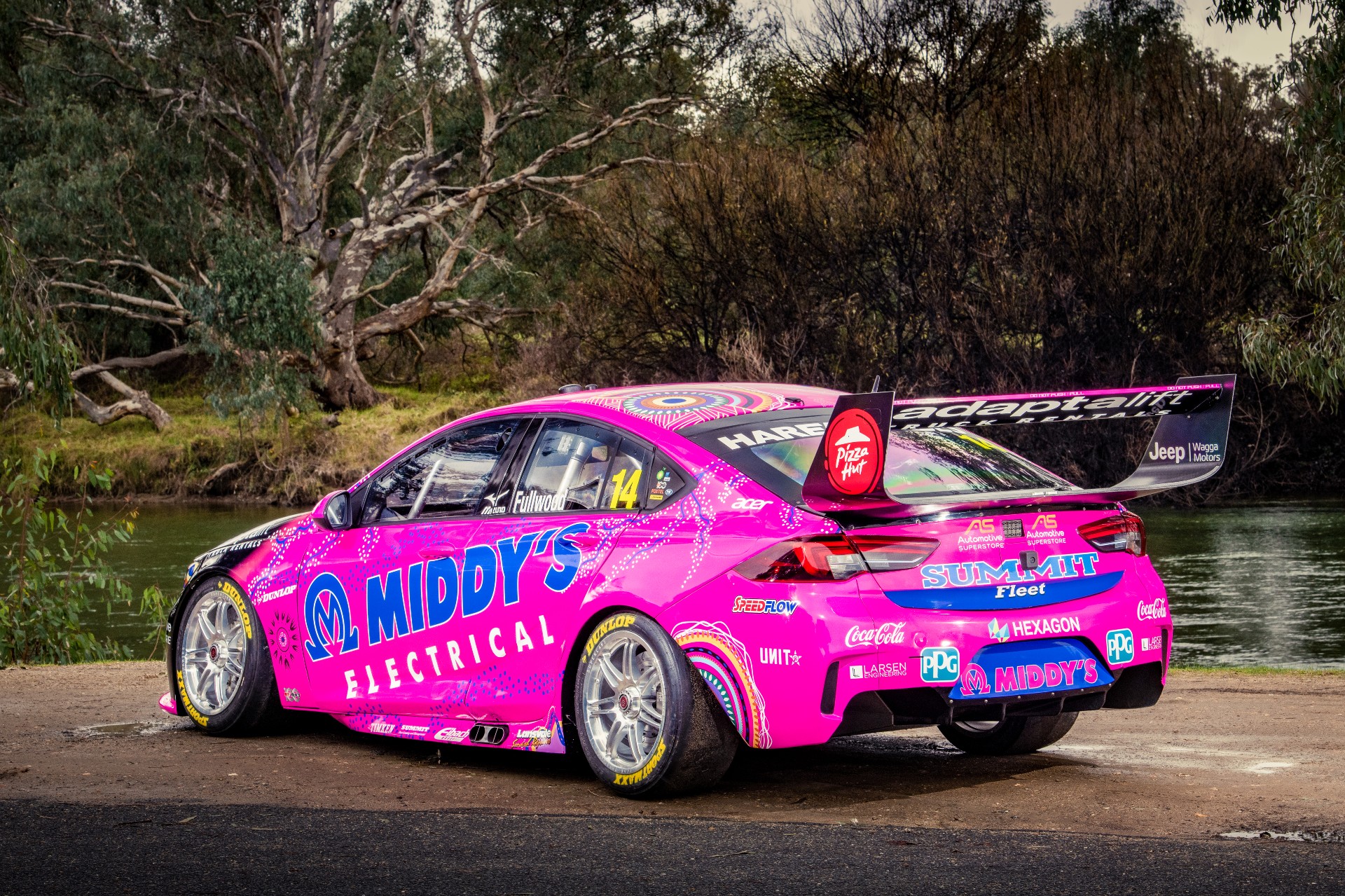 Hudson explained that Middy’s offered "the perfect juxtaposition of elements to inspire the design”.

"Across our land, we see various weather patterns that signal the changing of seasons, mainly through the hot and humid summer months," Hudson said.

"Bryce was born and raised in Darwin and Northern Australia which is known for its distinct wet and dry seasons and various types of lightning that can occur. Dry lightning, lightning to fire, and lightning to storms.

"For First People, we recognise the original form of energy transference was lightning and with Middy’s being such a beacon in the Australian electrical industry, it seemed the perfect juxtaposition of elements to inspire the design."

Middy's has long been a backer of Fullwood; notably, he carried Middy's colours to the 2019 Super2 title and in his first two main game seasons with Walkinshaw Andretti United. 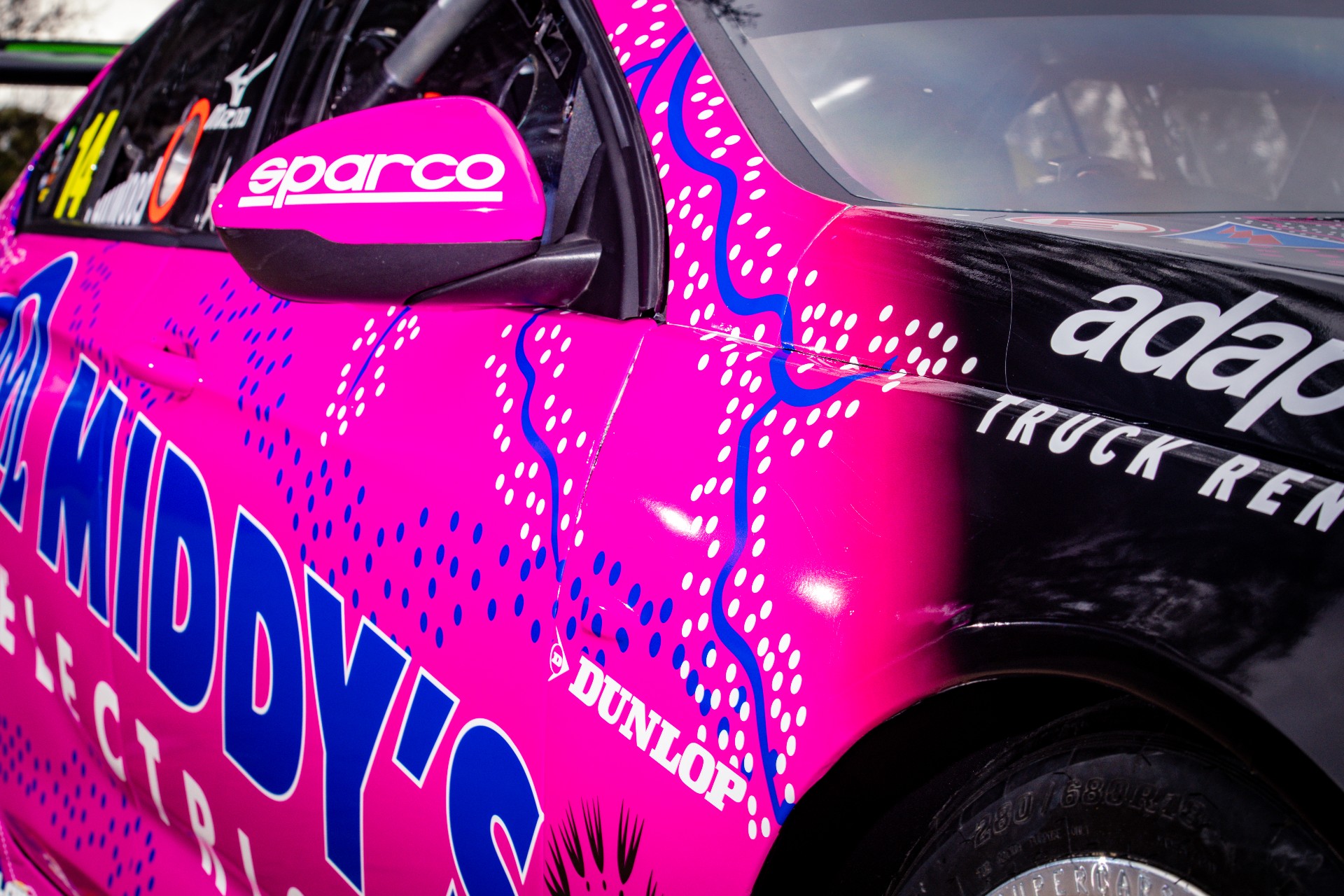 Middy’s Directors Anton Middendorp were delighted with Hudson's artwork and the livery.

"Ms Hudson’s thought behind the design is a delight and we’re very much looking forward to welcoming the Middy’s and BJR team to Darwin in what should be a very special round supporting Bryce racing in his hometown," Middendorp said.

"The car looks amazing; the Middy’s pink is always impossible to miss on the track and next weekend we’ll be bringing something even more special to celebrate the Supercars Indigenous Round and Bryce’s home race."

Fullwood is 21st in the standings heading to the three-race Darwin event.