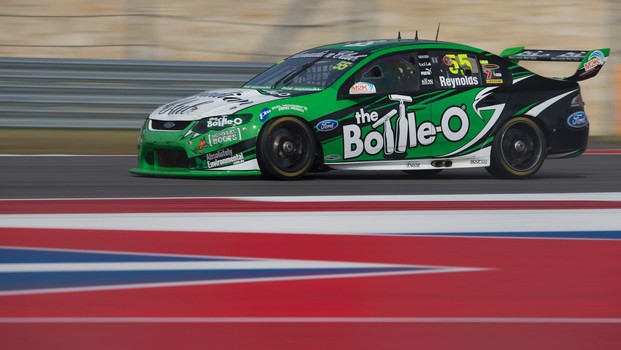 Following on from yesterday’s story Whatis a Cool Suit, which explained the technical side of the cool suit,v8supercars.com.au spoke to Ford Performance Racing’s Human Performance ManagerGlenn Lindsay who is responsible for the physical wellbeing of drivers and teammembers over a race weekend.

Lindsay – who has a background as aphysiotherapist and started working in racing with Formula One years ago– has been with FPR eight seasons.

“I’m looking after their physical wellbeing– their hydration, making sure they’ve had enough to eat, all those littlethings,” he said. “Effectively I’m the team physio, but the role is a littlebroader than that.”

Lindsay describes the drivers’ situation inthe car as, basically, working in an oven.

With temperatures in the cabin elevatedaround 30 degrees Celcius above ambient temperature; drivers geared up withfireproof underwear, race suits, helmets, gloves and so on; and littleventilation in the vehicle; Lindsay believes heat is the biggest challengefaced on a race weekend.

That physical impact was illustrated inTexas when both Will and Alex Davison had cool suit failures, and there was aproblem with Will’s drinking system.

“The biggest problem for a V8 Supercardriver is the heat, because normally what the human body is trying to do is keepbody temperature around 37degC,” Lindsay said.

When the temperature is beyond 37degC thebody will sweat, which creates the problem of dehydration. And because thedriver is covered in race gear, it’s difficult for the body to get rid of thatfluid.

This is where the cool suit comes in. Andwhile Lindsay says it is still “far from comfortable” for the drivers – itcertainly helps.

Lindsay explained as the body got hotter,it diverted blood to the skin surface (which is why you go red when youexercise). The skin surface dilates and attempts to transfer heat outside thebody.

“So basically the body diverts blood fromthe vital organs – including the brain – and there’s a physicalperformance deficit. The body is trying to operate in the heat, but the bloodis shunted away from the brain, so there are psychomotor and mental deficits.

“For a racing driver that’s lifethreatening.”

Drivers can also come close to collapsingwhen getting out of the car because of blood pooling in the legs.

“It’s a common thing to see in V8 Supercars– I saw that personally in Texas, I had to help Alex (Davison) out of the car.

“The drivers are working physically a lotharder than you’d assume… it’s an incredibly hostile environment.”

After a race, particularly if there areissues with the cool suit, it is important to get the drivers’ core temperaturedown as quickly as possible. From ice emersion baths, cold towels and passivecooling via ice vests (which are used before and after races) at hot races, tocool drinks – some teams even use slushies, so drivers are ingesting cold fluid – whatever it takes.

“At a race meeting these days teams haveice baths, but you can’t run them too cold – we can’t have them as cold asfooty teams because the transition from 55degC to just about freezing is fartoo great.

“We get the body temperature down asquickly as possible and the fluids up. They’re sweating so much, bodies requirea lot of replacement fluid as well.”

Lindsay said over the years certain drivershad blown him away with their ability to cope with heat.

“That’s the thing – these guys are sogood they make it look simple. If you or I tried to do it, we’d probably look abit ordinary!

“Now, the cool suit is so vital – youcan’t get away with a slight loss in performance. You’re shown up massively ifyour team is not running it and another team is.” 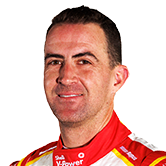