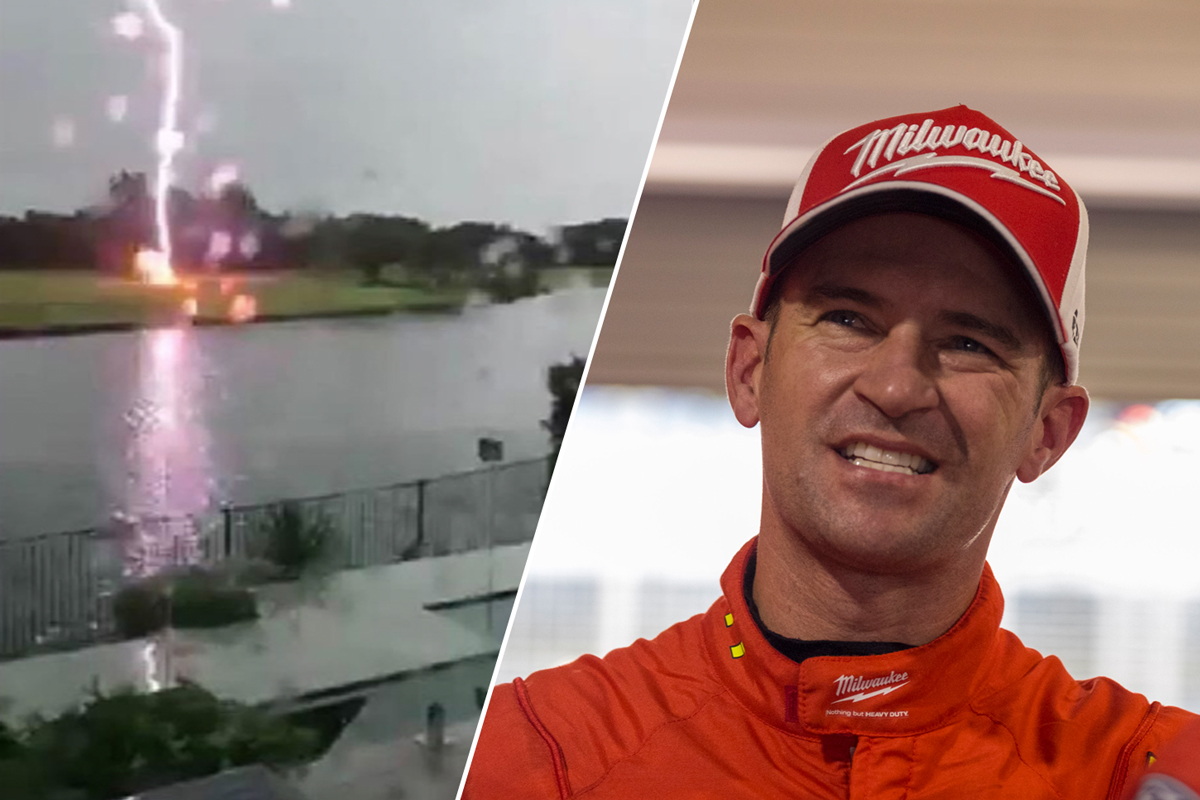 Will Davison has survived a major scare on the roads – but it wasn’t anywhere near a race track.

The Milwaukee Racing veteran has recounted frightening scenes whereby a lightning strike got a little too close for comfort during a Gold Coast storm on Thursday.

Davison was driving home at about 11:30am when conditions turned for the worse.

“I was driving back from Southport and [wife] Riana was on the phone and I could just hear [lightning] cracking in the background,” the 37-year-old told radio station Hit90.9 Gold Coast.

“She’s just laughing outside saying ‘this is the best storm I have ever seen’ and I’m like ‘get inside, this is insane’.

“And as I’m getting up the M1, I can just see these lightning bolts and I’m like ‘that’s over my house’, and as I turn into my street I follow a fire brigade in and I’m like, ‘jeez this is getting pretty real’.

“Literally I just want to get under cover here, and as I’m driving along, like 5m in front of me this tree just gets zapped.

“As you can imagine, it was pretty wild.”

Davison can laugh about it now, but that’s a far stretch from his emotions at the time.

“I was getting that anxious about it, I’m like ‘surely I’m not going to get struck by lightning’, I’ve never been close in my life,” he said.

“I’ve never felt that sort of build-up and as I was doing it, whooshka, it nearly got me. It was all a bit eerie actually.”

Once the storm had passed, the two-time Bathurst 1000 winner revisited the site of the ordeal.

“I had to take Riana back to the tree for proof and then I really got her attention,” Davison said.

“She just thought I was amping it up but then she was like, ‘wow OK, it was actually real’.”

Davison opened his 2020 Virgin Australia Supercars Championship with an excellent showing in Adelaide last weekend, placing inside the top five in all nine sessions across the event.