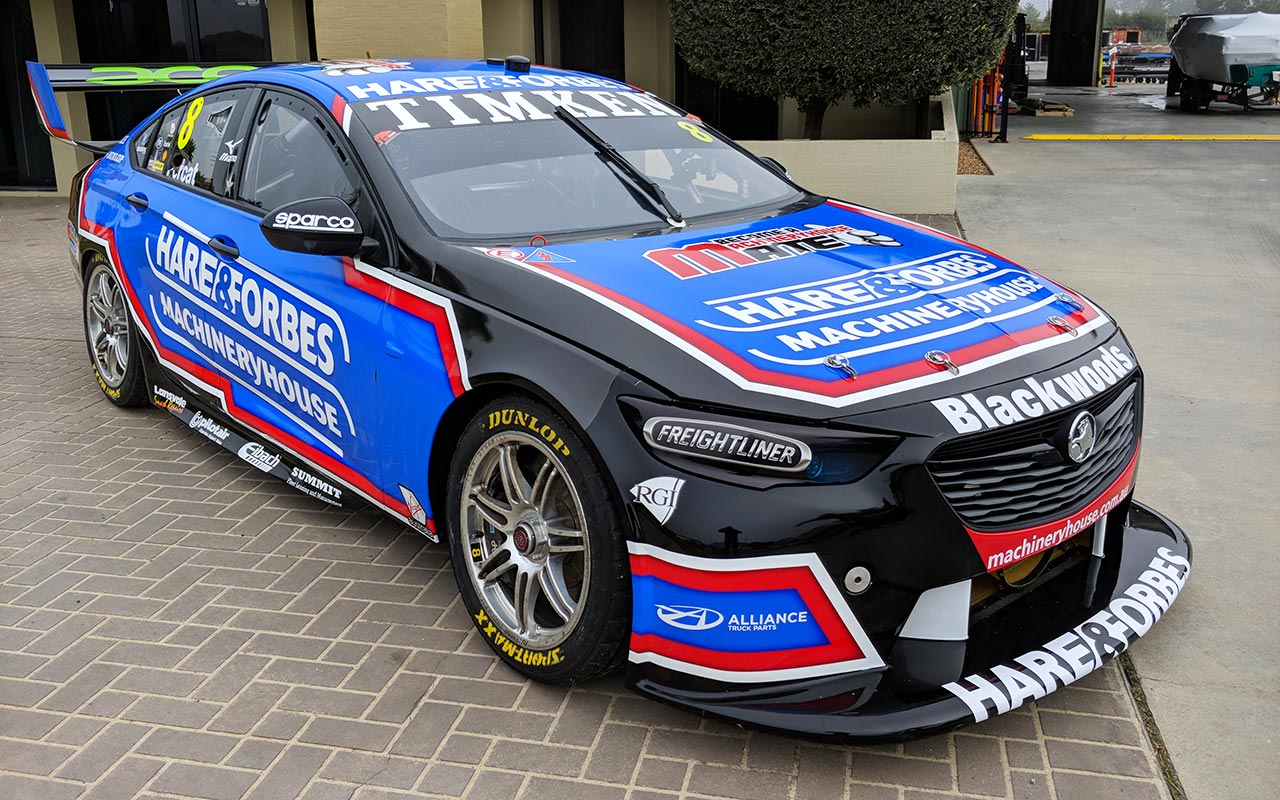 Nick Percat will race in the colours of machinery company Hare & Forbes at the Century Batteries Ipswich SuperSprint.

Brad Jones Racing has revealed the latest look for its #8 Commodore, featuring a return of the sponsor that backed Percat at Phillip Island in 2017.

“We’ve had a fantastic partnership with the Hare & Forbes Machineryhouse team for many years now and it’s great to have them take over the #8 Supercar again,” said Jones.

“If you walk into our production department, you would think you’ve stepped into a Hare & Forbes Machineryhouse store.

“It is such an integral part of our business and is constantly on the go, you’ll always find the crew working away at the CNC machines or on the welders or power tools.

“We utilise a wide range of their sheet metal and fabrication equipment as it all plays a vital part in bringing our Supercars to life.” 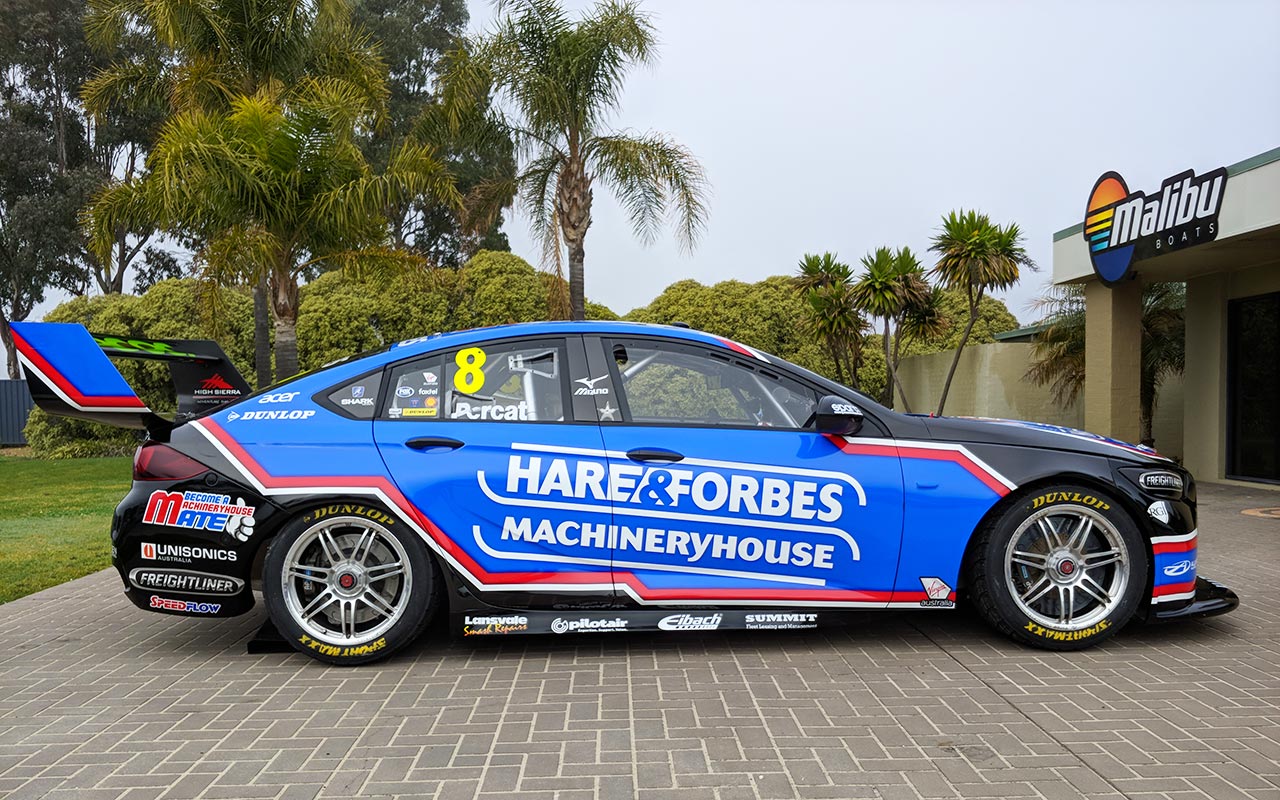 Percat heads to Ipswich eighth in the championship and looking to bounce back from a tough Townsville that included a spectacular pitlane fire.

BJR will run six cars across three tiers of Supercars racing this weekend, with Dunlop Super2 and Kumho Super3 both on the support bill.

The team fields 20-year-old Jack Smith in Super2, while teenage karting graduates Josh Fife and Madeline Stewart are learning their way in Super3.

“It’s going to be a big weekend for us at Queensland Raceway, for the second time in history we’ll have all three Supercar categories racing at the same event,” said Jones.

“We’ve had a really good turnaround after an eventful Townsville, with a rookie, Super2 and Super3 test day completed too.

“There’s no doubt our whole team are eager to get a good result this weekend.”