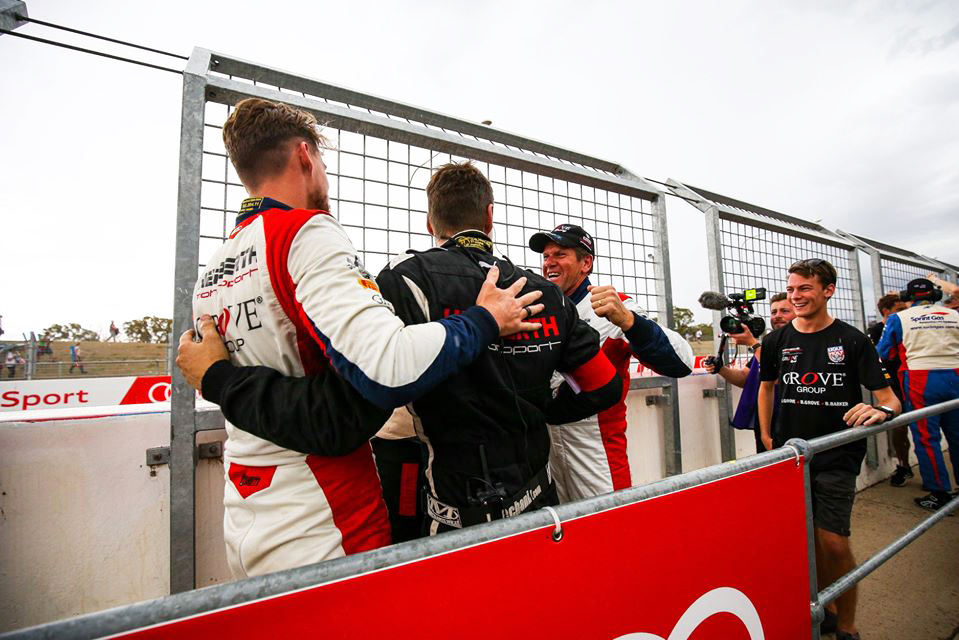 The Grove duo, alongside British driver Ben Barker who qualified the brand-new Porsche GT3 RS in 16th, ran a clean race to finish 10th overall as the lead Pro-Am car.

Last year, the younger Grove joined Triple Eight to contest what would be his second and final season in the Dunlop Super2 Series before stepping away to focus on mixing working in the family business with GT racing.

Grove Racing have now claimed an unrivalled five Bathurst 12 Hour class wins, four in Class B and one in Pro-Am.

“I think we're also one of the only teams to win in two different classes,” Brenton told Supercars.com.

“I'm sure there are some stats out there, but for us it's about just enjoying what we were able to achieve. 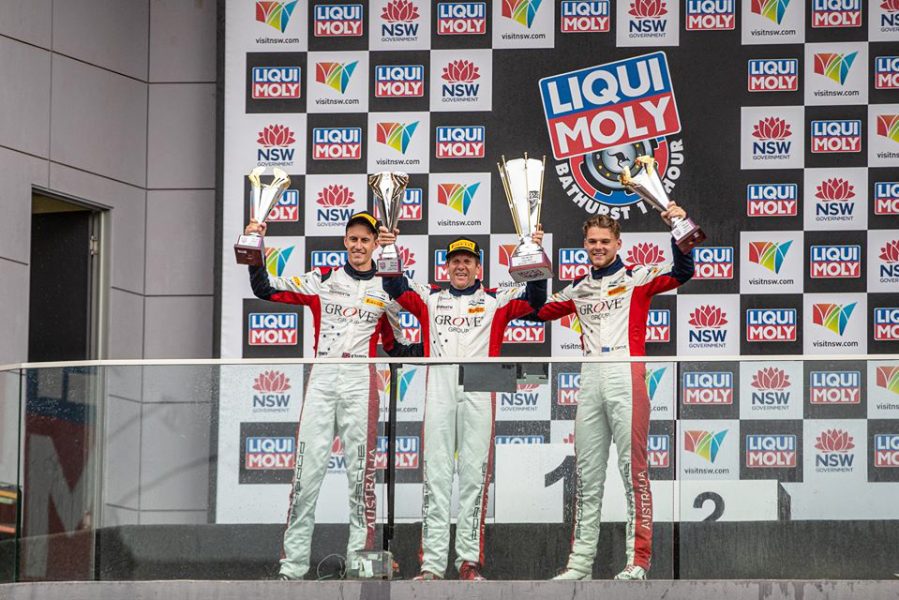 “I think coming here and hopping in a new car and the merging of a couple teams, it was always going to be tricky, especially because of the heat, but we managed to do a good job and we ended up on the top step of the podium.”

Prior to his stint in Super2, Grove went full-time in the Porsche GT3 Cup challenge in 2017 and finished with three race wins to his name.

Brenton applauded his teammates and squad for their efforts, and says the results achieved were more than he could’ve hoped for.

“It was more than we ever thought to be honest, I think the strategy was the deciding factor,” he said.

“The mechanics did an unbelievable job and for sure they have as much credit in this as we do as drivers.

“To be on the podium in Pro-Am is something that we aim for, but to be on the top step is another level, so we're so happy.”