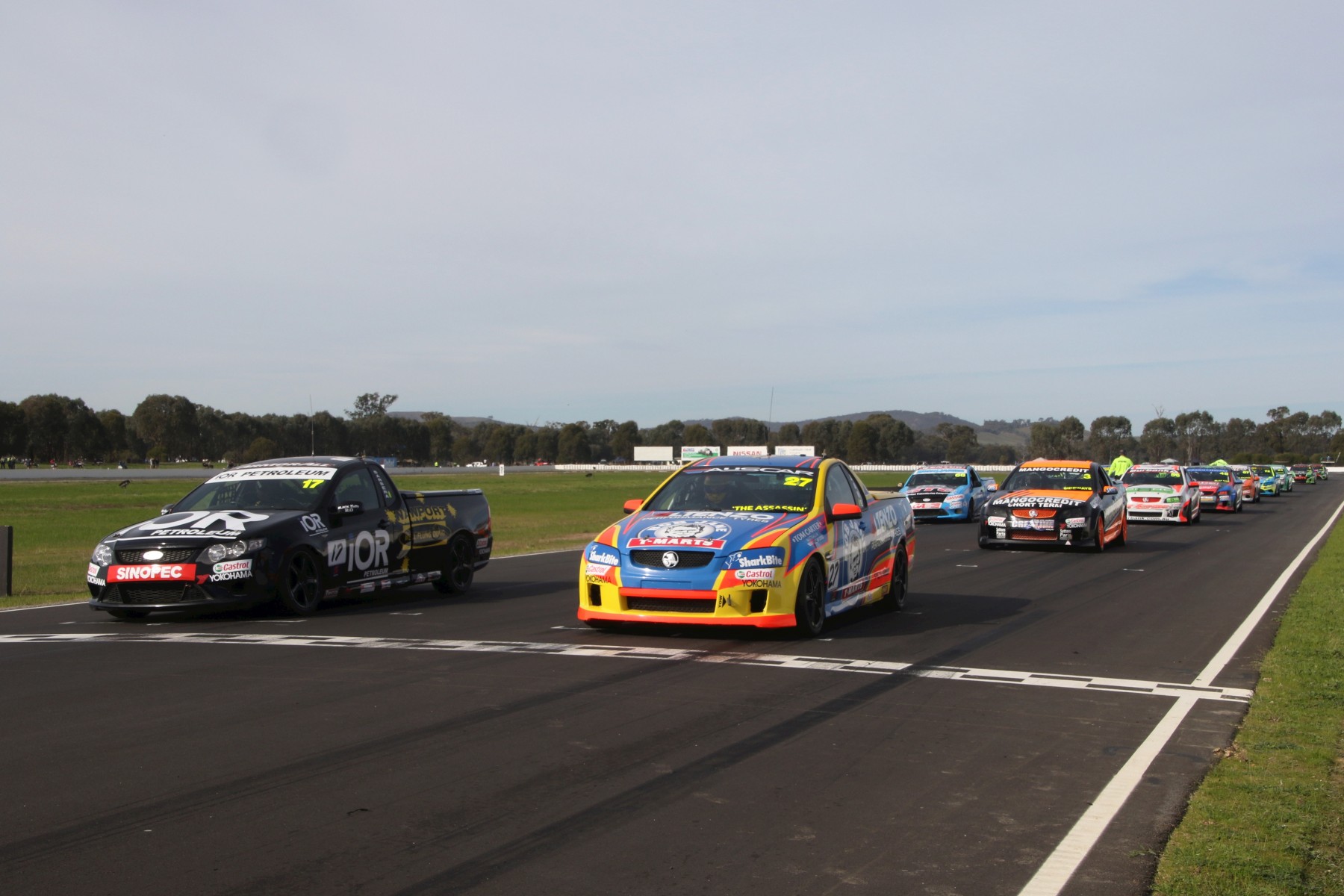 The V8 Utes Series will mark the first event of its six round season at the Winton SuperSprint.

Following a non-points event at the WD-40 Phillip Island 500, the series welcomes 14 entries at the rural Victorian circuit with two former champions highlighting the field.

Three-time series champion Ryal Harris is joined by 2006 winner Marcus Zukanovic with the pair both lining up in Fords.

Series regulars Richard Mork, Mason Barbera and Kim Jane will also join the competitive field at the Winton round.

Returning driver  Zukanovic explained the call to get back in the V8 Utes was an easy decision.

“They’re a great category to be involved in and the cars are great to drive,” he told Supercars.com.

“At this stage we’re pencilled in for the championship this year.

“We should be right there at all the events. It’ll be good to go to Bathurst again.”

The former Super2 racer joined the field for the Phillip Island races to get an understanding of the competition.

Despite technical issues hampering his weekend, Zukanovic saw enough of his rivals to predict who would be hard to beat across the season..

“It was great to drive again, but we had a troubled weekend with an electrical gremlin that struck us down with throttle body issue,” he added.

“I’m fairly confident the hard guys to beat will be the guys that have been in it the longest; Ryal Harris, Kim Jane and Mason Barbera.

“They were fast at Phillip Island and I’m expecting them to be quick again.”

While the V8 Utes program came together late after the introduction of SuperUtes was delayed until 2018, Zukanovic backed the call and says racing at high-profile tracks in V8 Utes is a bonus for competitors.

“The category has gone to the events in previous years and it’s great they’ve decided to develop the new cars rather than introduce them half-way through the season,” he concluded.

“So to continue to go back to the great events in proven cars already will be a lot of fun.”

05/10/2016
Stay In The Know
Sign up to the Virgin Australia Supercars Championship Newsletter
We use cookies to ensure that we give you the best experience on our website. If you continue to use this site we will assume that you are happy with it.Ok