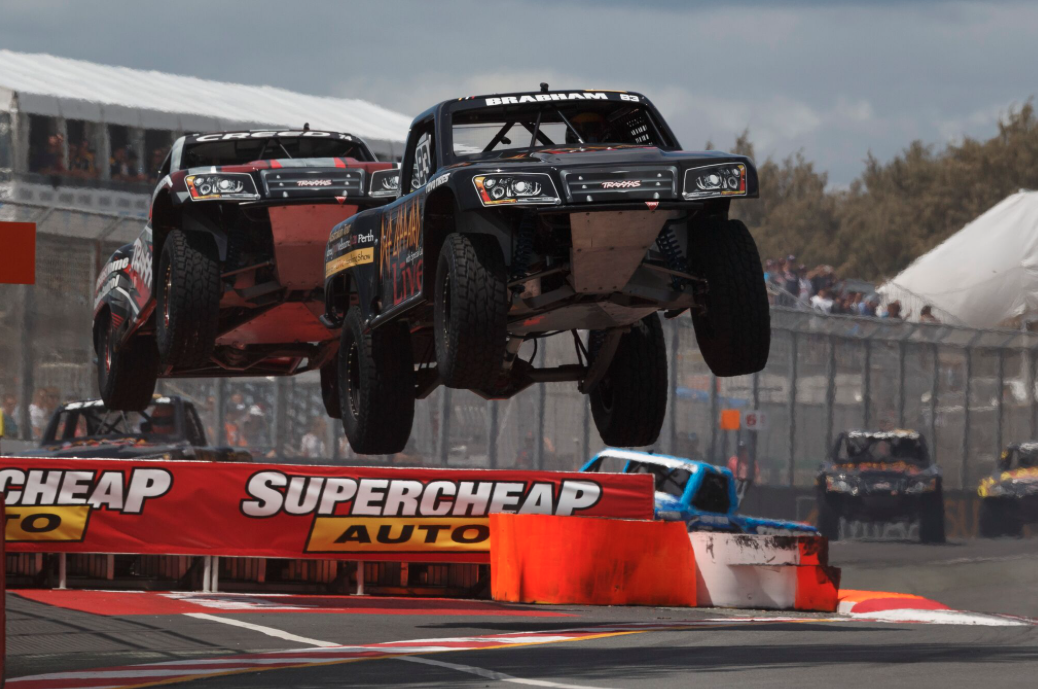 Robby Gordon’s high-flying Stadium Super Trucks will be part of the action at next month’s CrownBet Darwin Triple Crown.

After a three-truck demonstration last year, the Northern Territory Major Events Company has confirmed the class as a full support category for the June 16-18 event.

The support line-up will also include the Porsche Carrera Cup, Touring Car Masters and Improved Production.

“We’re excited to bring Robby Gordon’s Stadium Super Trucks back to Darwin, this time to race for points,” said Hopper.

“With its cult following, we expect the Stadium Super Trucks Series to attract new audiences and boost visitation to the Northern Territory.

“The Stadium Super Trucks Series has been a huge hit around Australia and to bring them to Darwin’s biggest party is going to be a real highlight for our event as we celebrate 20 years of Supercars racing at Darwin’s iconic Hidden Valley track.”

The 20 year celebrations will also include two major concerts, with the Hilltop Hoods and Illy performing on Saturday night before Russell Morris with Hot Dub Time Machine features on Sunday.

21/09/2016
Stay In The Know
Sign up to the Virgin Australia Supercars Championship Newsletter
This website uses cookies to improve your user experience. By continuing, you will be providing your consent to our use of cookies.Ok