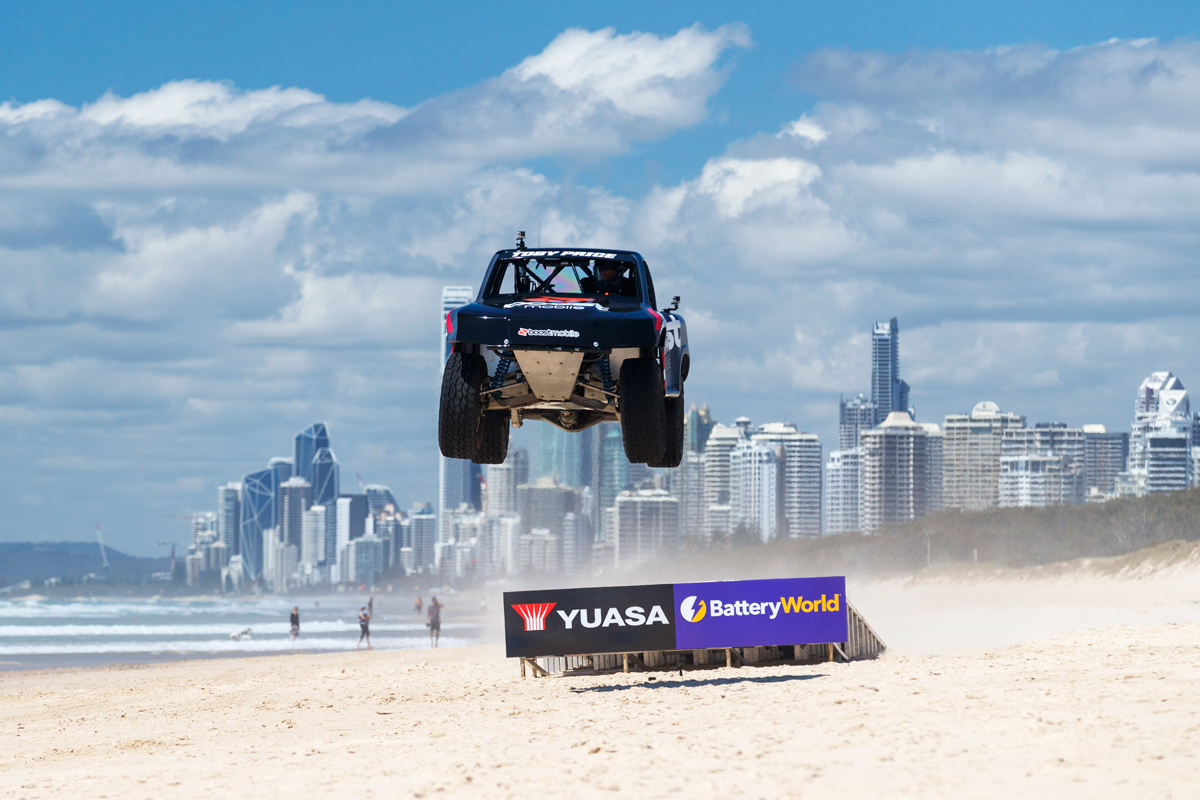 Stadium Super Trucks celebrated their return to the Vodafone Gold Coast 600 card this weekend in style with a spectacular beach run at The Spit.

Series founder Robby Gordon took the vehicle to be steered through the streets of Surfers Paradise by two-time Dakar Rally winner Toby Price for a spin on Wednesday morning.

SST last featured on the Gold Coast support category list in 2016 before a two-year hiatus.

This weekend will mark its return to Supercars events after CAMS ticked off safety improvements made by the American series.

“It’s great to have the Super Trucks back here in Australia and what better location can we have them than at the Gold Coast 600?” said Price, who will also drive in the ECB SuperUtes Series this weekend.

“We’re excited to get out on the track for the weekend, the people want to see these trucks.”

An all-star driver line-up will be in action, with Matthew Brabham, Greg Biffle, Paul Morris and 2005 Supercars champion Russell Ingall among those on the grid.

Ingall, 55, was a late call-up for the round and will steer an entry backed by former racing rival Tony Longhurst’s The Boat Works.

“The Stadium Super Trucks are a fan favourite,” he told Supercars.com. 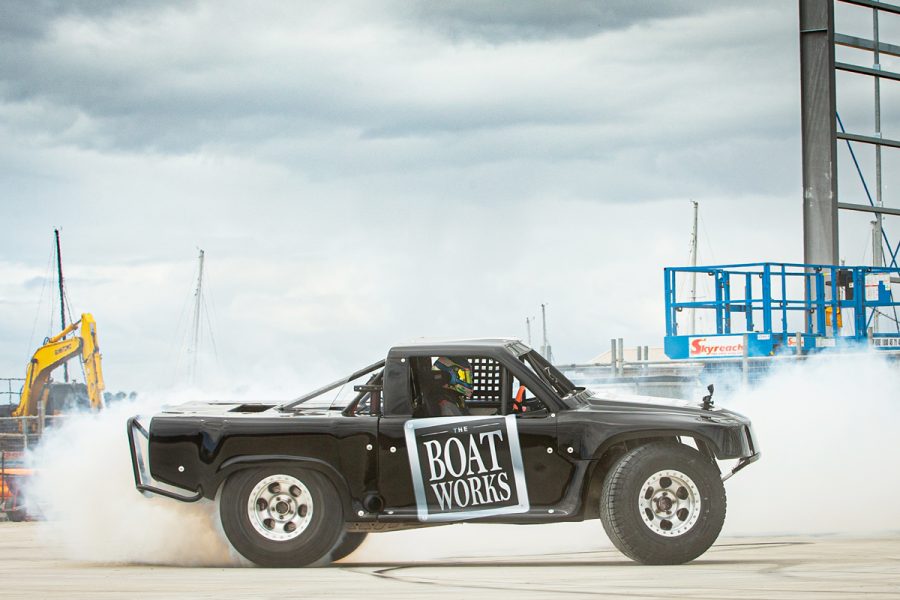 “You couldn’t get a better setting for them as well, a street race and the location, I mean it is probably the most ideal place to see Stadium Super Trucks race.

“When you roll back the highlights reel of the Stadium Super Trucks races on the GC, man there have been some crackers.

“So to see them back here is really good and it’s even better to be a part of it as well.

“I have steered many cars around here that have not been in the air, so to drive something that is actually going to be a few metres off the deck, you get a complete different perspective on racing. 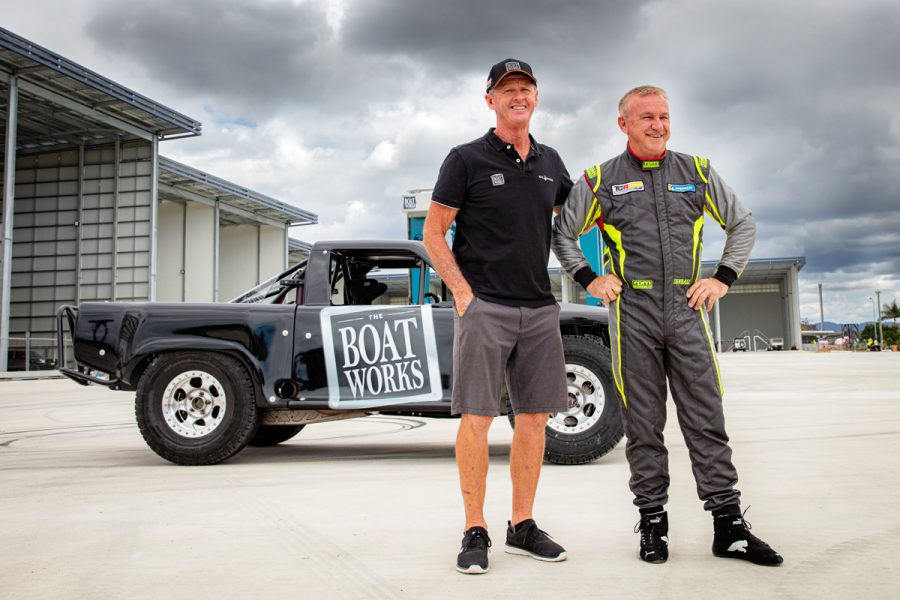 As for Gordon’s run along the beach: “That’s what it’s all about and that’s the good about the GC race, I mean there’s no better promotion for the city.

“It’s all about surf, sand, lifestyle, having a good time and that’s why the event is such a success.”

Ingall has one prior SST start to his name and hopes to contend for a podium at his home track.

“If I came in here green, I’d be struggling but at least I know what to expect with the trucks,” he said.

“I don’t know what to expect with this track but that’s what makes it fun, the unknown.”

SST will first hit the track on Friday afternoon ahead of a race on each of Saturday and Sunday.