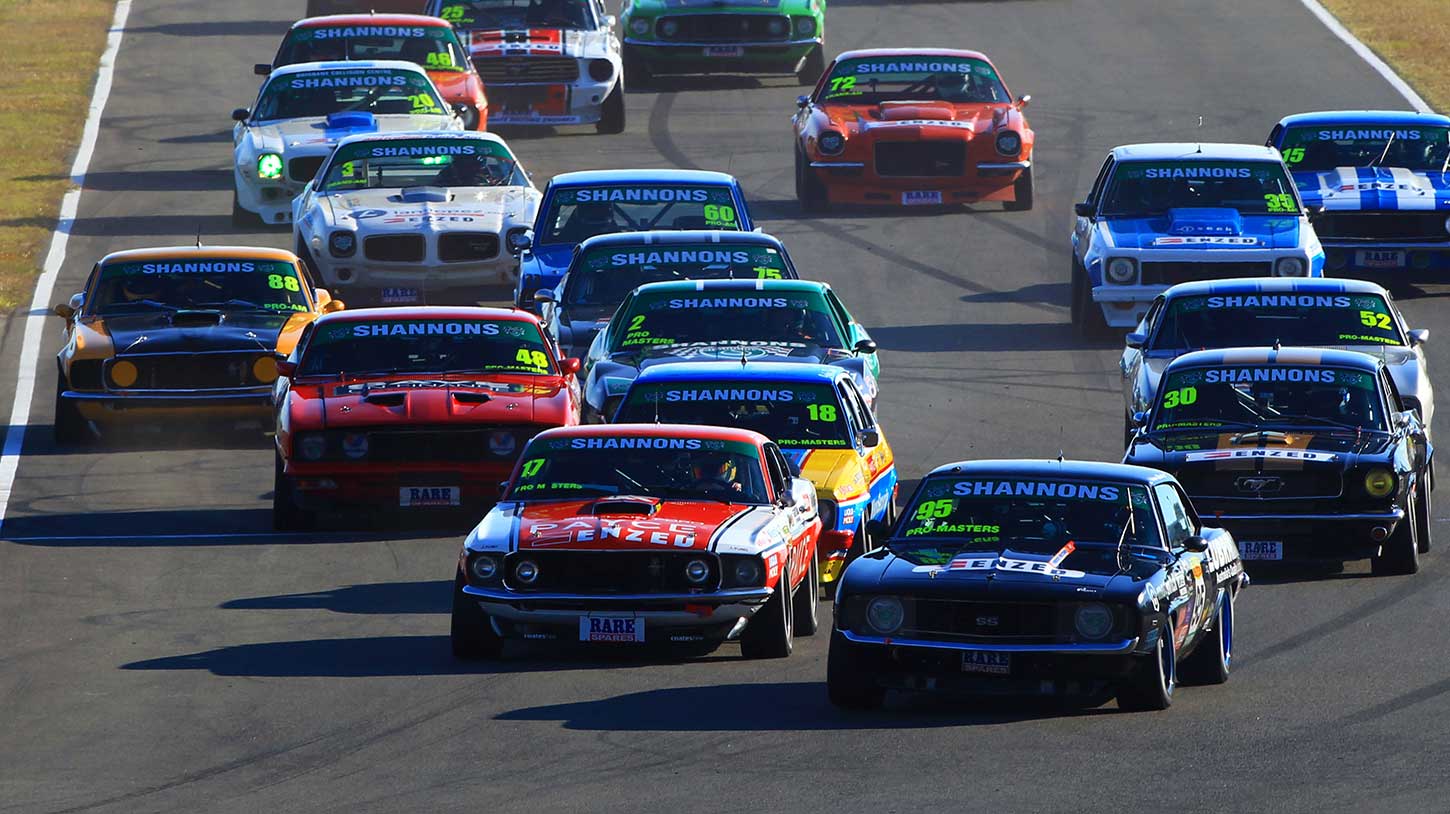 TCM Management has today confirmed an eight-round calendar for 2016 that features some significant changes designed to deliver better access for fans and value for competitors than ever before.

The series is proud to confirm a new relationship with V8 Supercars that will see expanded coverage of Touring Car Masters across five events next year.

Commencing at the Clipsal 500 Adelaide in early March, the series will also race with the V8 Supercars at the Winton SuperSprint (May 20-22), Darwin’s SKYCITY Triple Crown (June 17-19), Coates Hire Ipswich SuperSprint (July 22-24) and at Mount Panorama’s annual Supercheap Auto Bathurst 1000 in October.

All five rounds will feature coverage on FOX Sports, while the Clipsal 500 Adelaide and Supercheap Auto Bathurst 1000 rounds will include races on free-to-air via Channel Ten.

Plans are currently underway to develop the Queensland Raceway and Bathurst rounds into ‘significant events’ for fans of classic Muscle Car competition, with details to be announced at a later date.

The 2015 schedule includes two rounds with the popular Shannons Australian Motor Racing Nationals, TCM returning to that program for the first time in several seasons.

Events at Sandown (April 1-3) and the Phillip Island Grand Prix Circuit (September 9-11) will be streamed live and free on the internet and will also feature post-produced TV on SBS popular Speedweek program.

Finally, the series will end the 2016 season at the Muscle Car Masters event at Sydney Motorsport Park, on the new October 29-30 date.

“The 2016 Touring Car Masters calendar is a large change but it is one that we believe will open the shop front of the series up further,” explained TCM director Tony Hunter.

“We are proud to be working closely with V8 Supercars to showcase Touring Car Masters at their events in 2016. We know we’ll put on a great show at those five rounds.

“We have worked closely with V8 Supercars to ensure a strong TV package at those rounds and with live racing on FOX Sports and Channel Ten across the season we have delivered just that.

“We are happy to be joining the Shannons Nationals for two rounds next year for events that offer an extremely high level of value for our competitors and great access for the fans.

“The TV and media package is strong at Shannons Nationals rounds, and we are also happy to be there to support our long-time TCM Partner, Shannons Insurance.

“Ending the season at Muscle Car Masters on their new date will undoubtedly be a highlight.”

Visit www.touringcarmasters.com.au for more information about the series.

24/04/2015
Stay In The Know
Sign up to the Virgin Australia Supercars Championship Newsletter
This website uses cookies to improve your user experience. By continuing, you will be providing your consent to our use of cookies.Ok