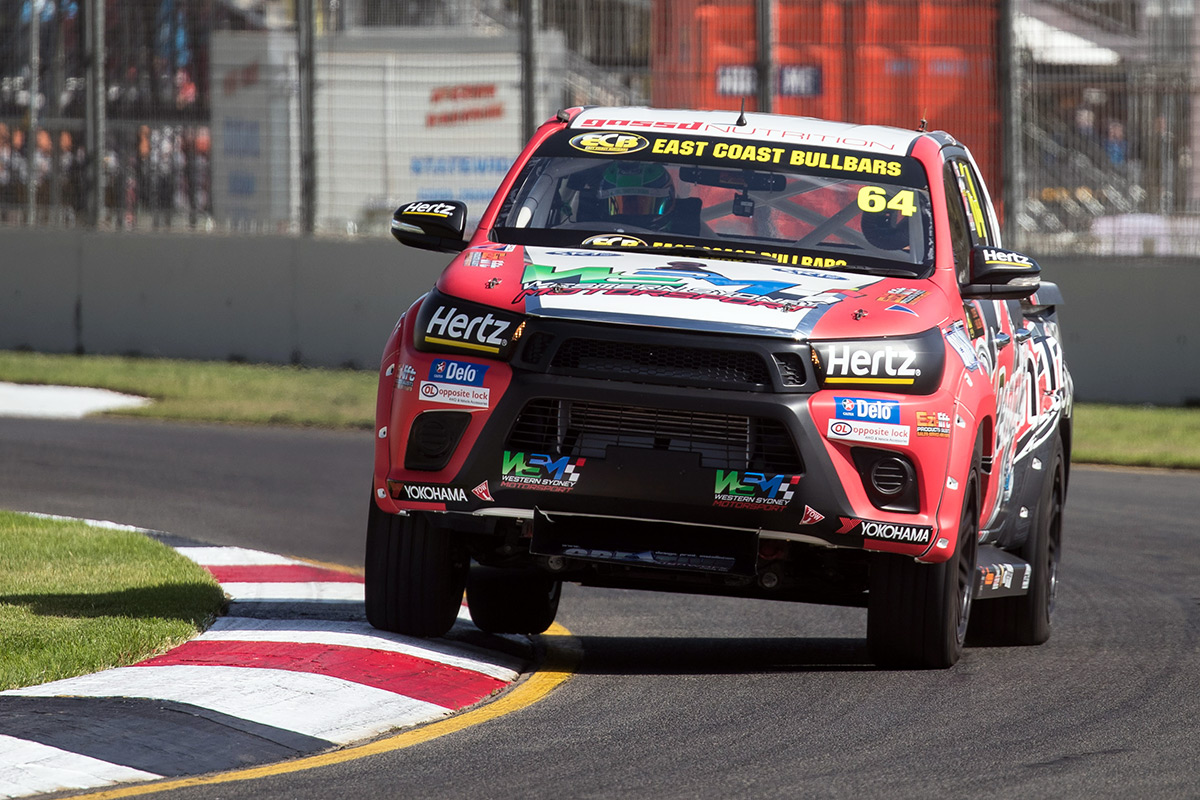 The runner-up in the 2018 ECB SuperUtes Series, Craig Woods is confident his Toyota Hilux will be back on song in Perth after a puzzling Adelaide season opener.

Woods finished a close second to Mazda driver Ryal Harris in the inaugural year, having led for the bulk of the season in the Western Sydney Motorsport-run Toyota.

His 2019 is off to a rough start, though, leaving Adelaide eighth in the points, with finishes of fourth, ninth and sixth.

The 35-year-old says he was baffled by the performance at the street circuit, but has faith he and WSM will regain the form they showed last season at Barbagallo Raceway next month.

"I can't put my finger on it because two weeks before Adelaide we tested at Wakefield Park and I was about three or four tenths quicker than I've ever been there," Woods told Supercars.com.

"We were fast and then they added some chassis-stiffening bars for the Hilux in the rear of the car and that's the only thing I can see that has changed.

"You don't forget how to drive in two weeks and I was racing in Aussie Racing Cars [in Adelaide] and put that on pole, so it's not like I was off or anything like that.

"I can't put my finger on anything else; I was sitting there scratching my head with [Luke] Sieders about what was wrong and that's the only thing we could think of.

"I'm not going to go 5,000 kilometres [to Perth] just to make up the numbers, so I'm pretty confident they'll get it all right.

"Sieders has been around for a long time and I've got more than enough faith that they are going to do the job." 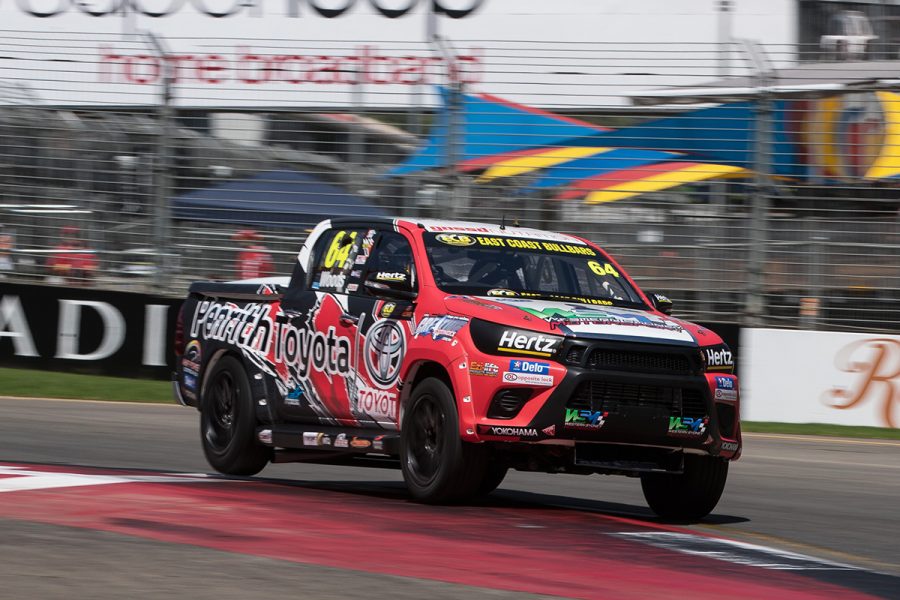 Woods took a consistent approach in the maiden season and finished just 38 points behind the champion, with two race wins, compared to 11 for Harris.

This year he says he'd like to be fighting for race victories, with a "win it or bin it mentality", after a poor start.

"I thought this year we were going to have a better package to challenge for more race wins," Woods added.

"I rocked up to Adelaide thinking that we're going to go for race wins.

"It's a long season, everyone thinks about the championship, but we were going there trying to win some races.

"We've got nothing to lose now that we've done our worst round, we have to put our best foot forward and make the remaining seven rounds count.

"We'll go through a plan on how we can make sure this doesn't happen again and push on."

The introduction of suspension modifications and a new control wheel and tyre will be spread across the next two rounds at the PIRTEK Perth SuperNight and Truck Assist Winton SuperSprint.

"For the Hilux with the ride height and tyre changes, I think they're going to be a good thing," Woods said of the developing SuperUtes package.

"I think the whole team was saying the same thing, that the front of the car was just a little bit numb.

"So they'll tune that up themselves and then the tyre will make a big difference as well."