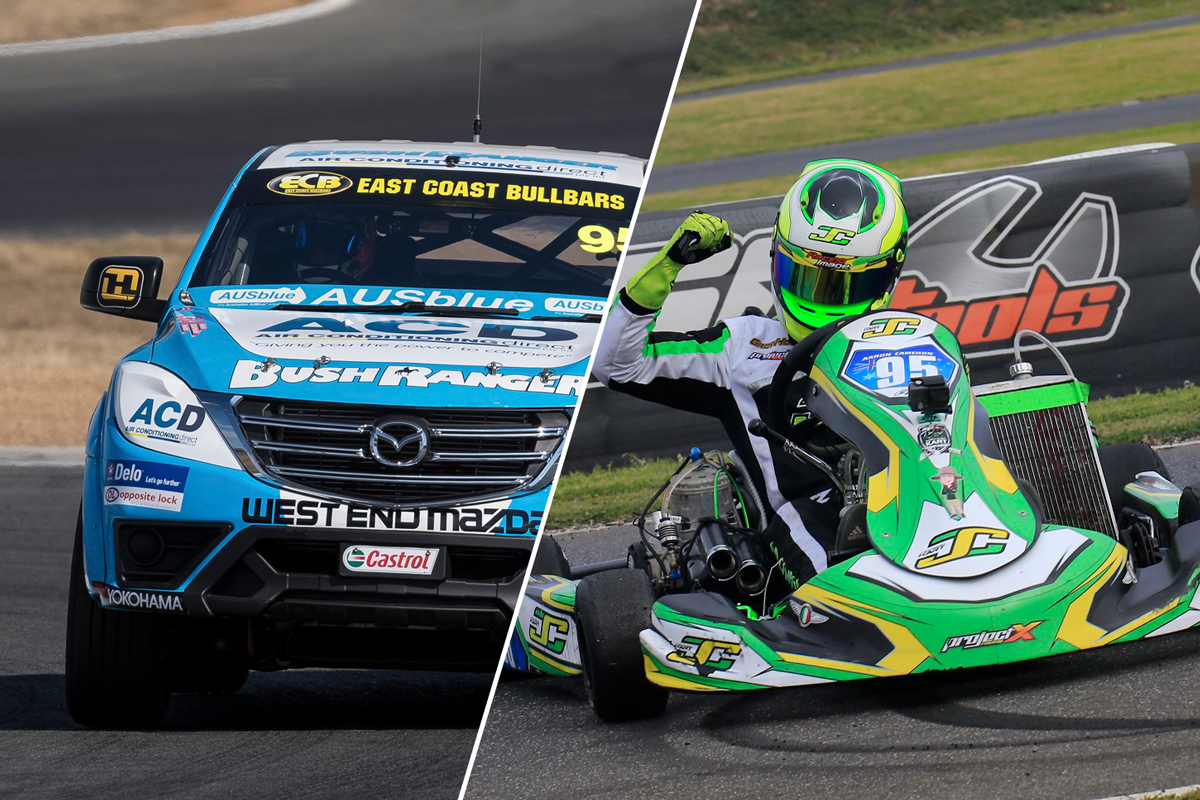 Splitting his time between the ECB SuperUtes Series and top-level karting is helping Aaron Cameron's fortunes in both, despite their lack of parallels.

"It has been a long time coming," Cameron told Supercars.com.

"There's been a lot of effort by everyone involved, like JC Karts and my mechanics, and to finally get there and win it was pretty cool.

"That weekend was crazy, the weather was all over the shop and there was a lot of tough competition." 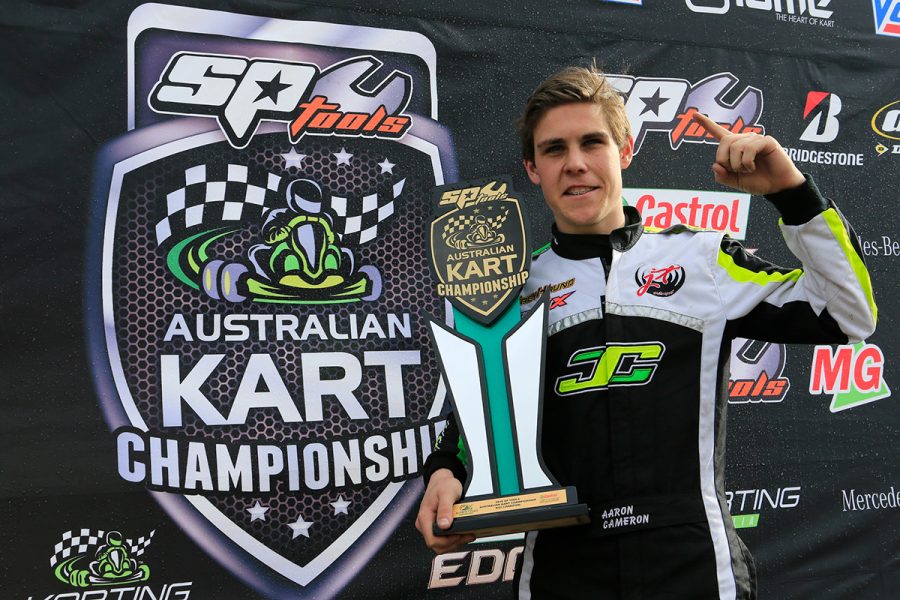 Cameron says the extra seat time helps him "stay in the groove" for his eight-round SuperUtes campaign.

"The big thing for me is racing laps," he said.

"I need laps to stay in the groove and mix it all together so that I can be fast in the SuperUtes.

"They're two pretty opposite cars, but it has been really good and helped me in both categories to be up the front and fast.

"The big thing is the racing strategy, where to pass at certain corners on track and making the most of the opportunities.

"One has grip, which is the go-kart, the other has no grip, so there isn't much in common, apart from them both having a steering wheel and a couple of pedals."

At Queensland Raceway in July, Cameron rolled the Bushranger Racing BT-50 through the gravel at Turn 1 in the opening SuperUtes session. 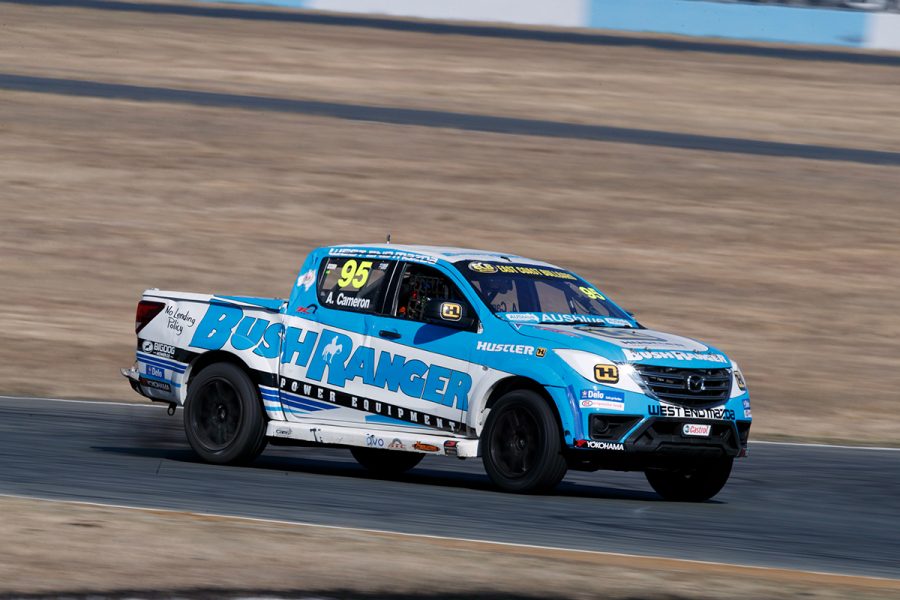 The 18-year-old contested the rest of the weekend in the damaged Mazda, which has since been stripped and rebuilt.

It returned to the track a fortnight ago in a ride day at Lakeside Raceway.

"I'm pumped, the car has been rebuilt after its rollover at Queensland Raceway," Cameron said, as he gears up for the fifth round at Sandown.

"It's going to be great to get back in it at Sandown. It's my home track, so it should be good.

"I'm pretty excited about the Turn 2/3 kerbs, I'm just going to absolutely clobber them, and then ultimately we really want results, we want a race win and to get that sticker on our door.

"We knew there were still a couple of things wrong with the car [at Queensland Raceway], which we found when we striped it all, so now the car is 100 percent perfect.

"It has really got the confidence back up there and we'll be giving it a go at Sandown."

Cameron sits third in the championship standings, entering Round 5 as part of the RABBLE.club Sandown 500 on September 14-16.

Cameron's diverse year continues this weekend, when he races a TCR-spec Audi in a 24-hour endurance race at Barcelona in Spain, with MARC Cars Australia.