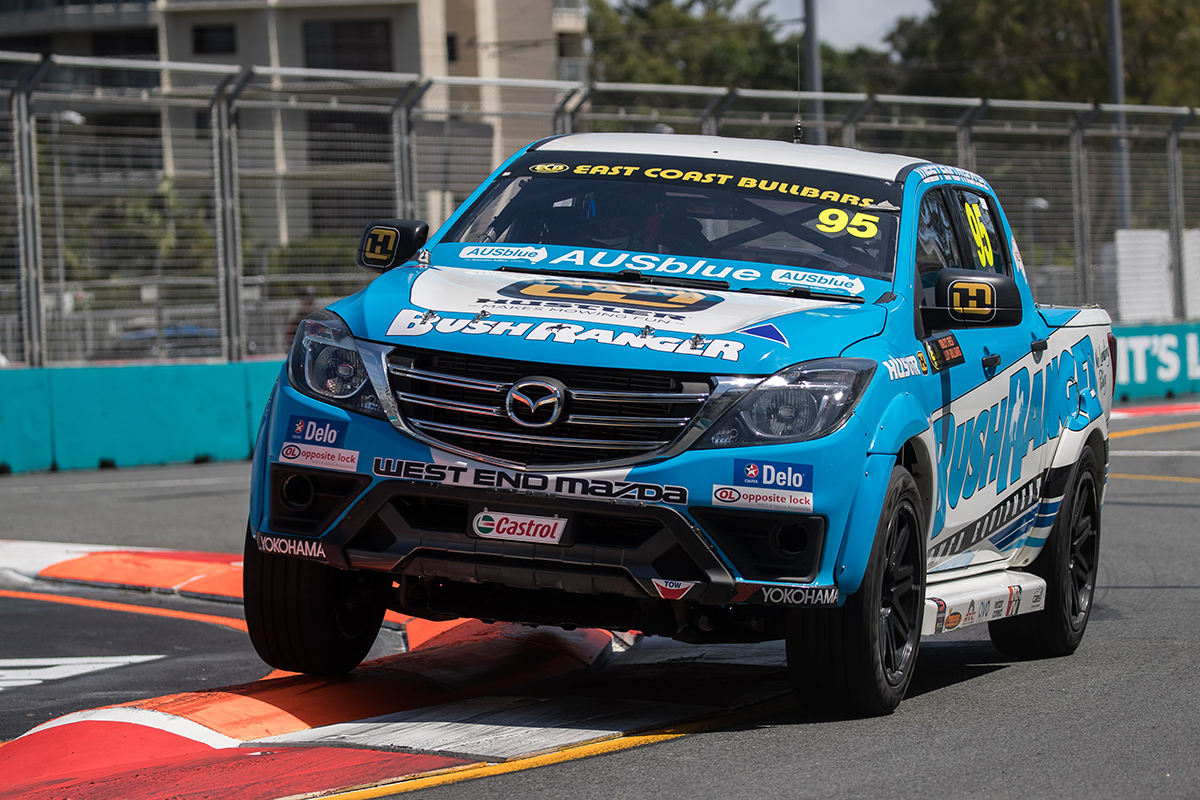 Aboard a Bushranger Racing-backed Mazda BT-50, Cameron joined Peters Motorsport this year for the new series, and had claimed five podiums without a victory heading to the penultimate round.

The 18-year-old changed that on the Gold Coast, winning Race 2 on Sunday morning ahead of team-mate Ryal Harris.

He qualified fifth, but was limited to seventh and ninth either side of his victory by mechanical problems.

That left Cameron fifth overall for the round and third in the series standings, just one point ahead of Holden driver Tom Alexander.

"A bit of mixed emotions, but really excited to get a race win under our belt and that is the main thing from the weekend," Cameron told Supercars.com.

"It has been a hard slog this year with reliability and to finally get that race win was really cool.

"You look at the positives more than the negatives, we can always improve and at the moment we're focusing on that Race 2 victory.

"Races 1 and 3 we will evaluate what happened and put it to the back of our heads and hopefully we'll learn for next time.

"We're only just getting to the start of my career and we can only go upwards from here, I'm really looking forward to the future."

To that point, Harris was on a run of four-straight victories, after taking a clean sweep at Bathurst.

"It is great for the guys, they've been working non-stop hours to get the cars to the ability to do the race meetings with no issues," said Cameron.

"It is a great confidence boost for all the guys that have backed me this year, like Bushranger and the Peters Motorsport group, who have put their confidence in me and I've finally delivered with that race win.

"The race win was super cool, we've all been working so hard and it is something I've always dreamt of, winning on the Supercars stage.

"It is always good beating your team-mate when he is in second from lap two and can't catch you, it is pretty cool."

Race 1 victor, Harris secured the round honours at the Gold Coast, ahead of Craig Woods, who won the final race, and Alexander, who grabbed a pair of seconds.

With the weekend's results, Harris remains the series leader, with a 27-point advantage over Woods heading into the final round in Newcastle on November 23-25.