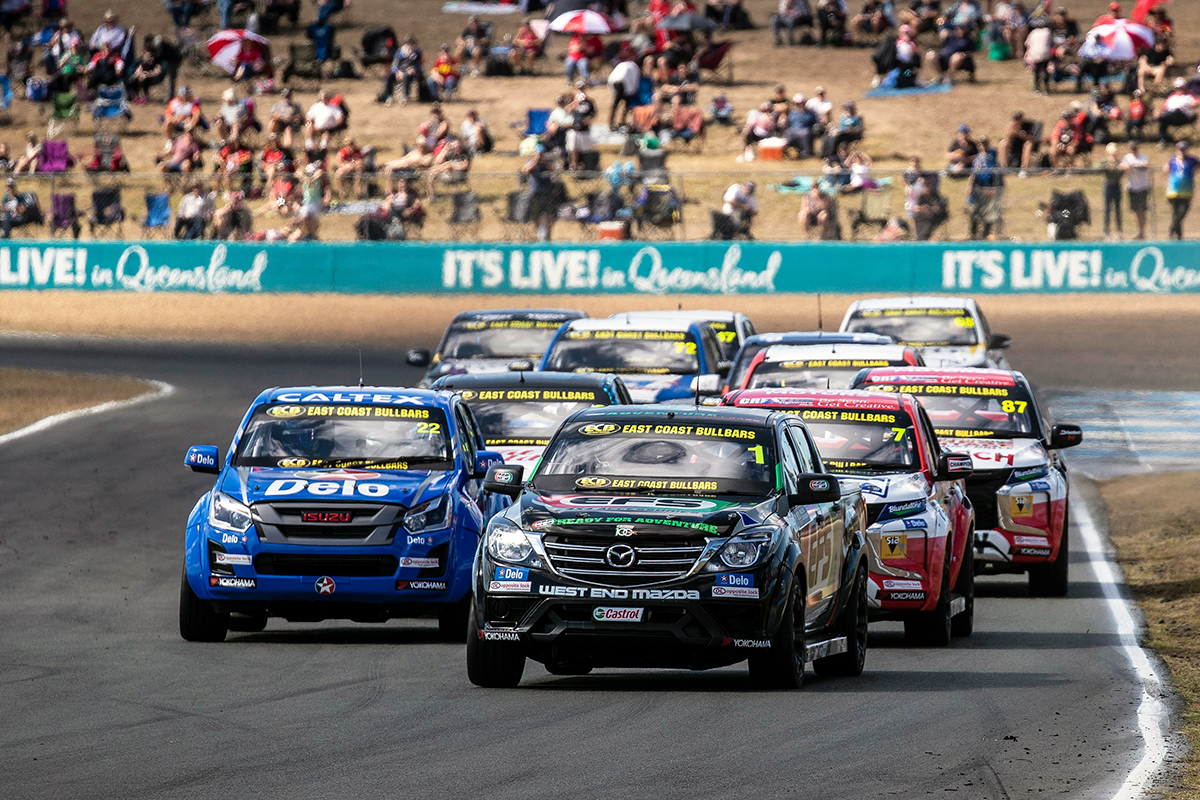 Defending champion Ryal Harris says the fight for the 2019 ECB SuperUtes Series title will be 'pretty full-on' across the remaining three rounds.

Having won the inaugural SuperUtes crown, EFS 4x4 Mazda driver Harris was a pre-season favourite but has found himself playing catch-up.

Tom Alexander has led the championship for the bulk of the season so far, including by 70 points after Harris' DNF in the final Winton race.

However Harris – who has six race wins to Alexander's two – drew level with ARMOR ALL Pole and the round honours last time out at Queensland Raceway.

Team Triton's Cameron Crick sits third and is just 29 points behind, with rounds at Bathurst, the Gold Coast and Newcastle remaining.

"In a straight-out fight, I hate losing," Harris told Supercars.com.

"At the end of the day, if it's a dog fight then I won't be playing dirty, but I'll definitely be doing what it takes within the rules to win.

"In my mind at Queensland Raceway it was all about bridging that gap and it was a bit of a comeback.

"Especially with qualifying, I didn't expect to have the speed to qualify on pole, especially after the practice sessions.

"That's what it'll be like for the rest of the year, it'll be pretty full-on, but at the same time a lot of fun and we're ready for it." 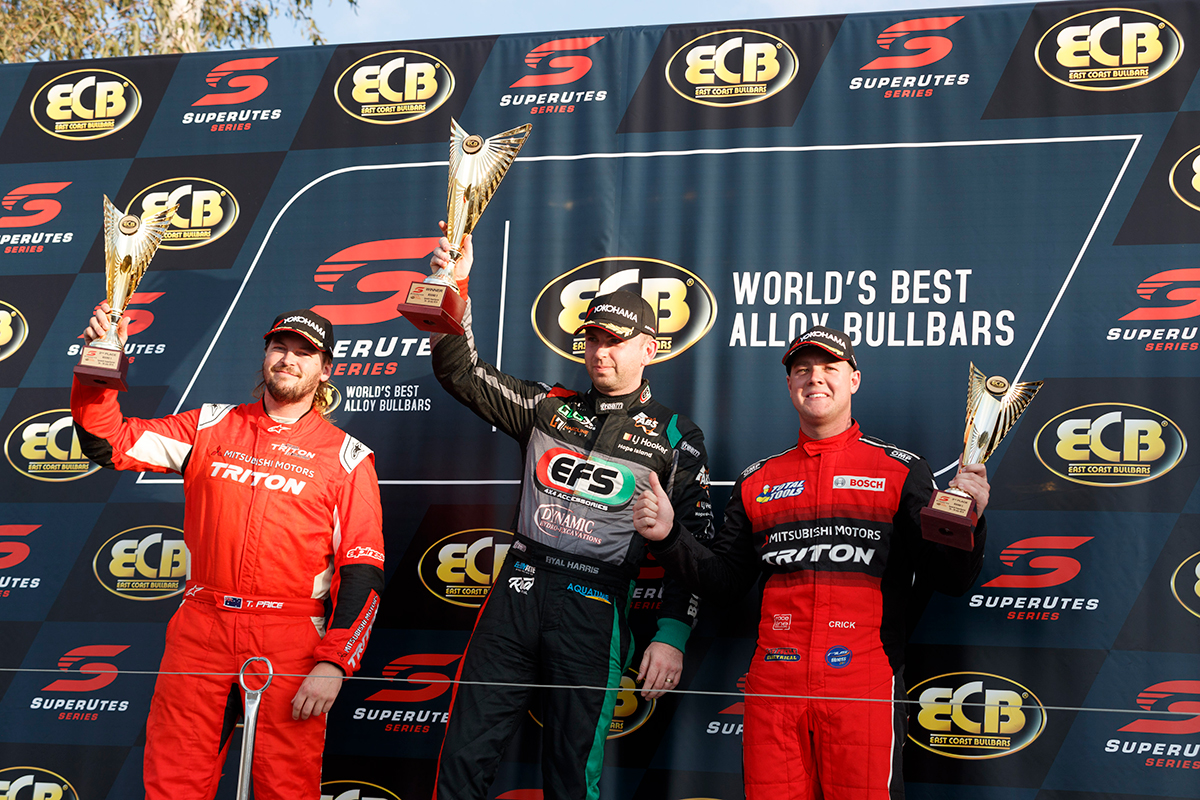 From pole, Harris won the Ipswich opener, then took finishes of fourth and second.

It marked a first pole for Harris since the Adelaide opener and helped bridge the gap to Ross Stone Racing's Alexander, who had a fourth, non-finish and fifth.

"Obviously Ross Stone is no slouch and Tom is a good driver, so they'll be doing all they can to knock us off," Harris added.

"But at the same time, we've got a great team and a great package.

"I'm not just worried about Tom, I'll be worried about Crick, because he has had some good rounds and he's not too far behind us, so I think it's going to be a pretty exciting end to the championship.

"Tom was quick at Bathurst last year and I'm sure he'll be even quicker this year, I think it'll be pretty exciting."

Harris dominated at Bathurst aboard the Peters Motorsport Mazda BT-50 last year, and hopes to pick up where he left off on October 10-13 at the Supercheap Auto Bathurst 1000.

"We won all three races last year and I've always gone really well at Bathurst, so I'll be definitely looking to take advantage of that and get a really good result," Harris added.

"Then Gold Coast, that's another track I really like, and there's only Newcastle left.

"It's just about banking points and trying to have good results.

"Bathurst is probably the safest round out of the last three, as Gold Coast and Newcastle can bite you pretty fast if you out-brake yourself, there's concert walls."