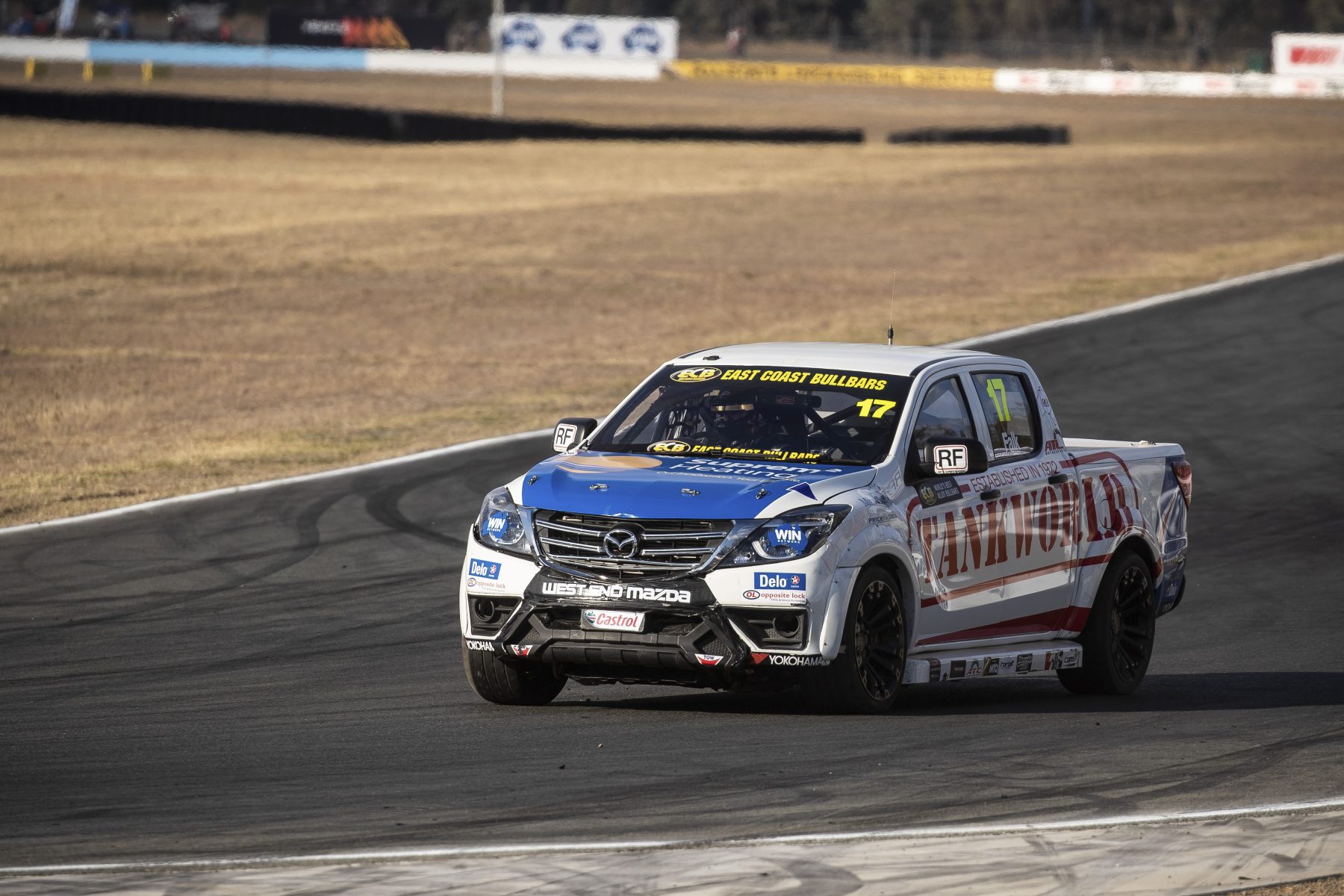 With three rounds remaining, Mazda driver Benjamin Falk is gunning for a top three race finish before the 2019 ECB SuperUtes Series comes to a close.

The son of long-time Supertruck and production-car racer John Falk, Benjamin linked with Peters Motorsport this year to contest his maiden season in the turbo-diesel dual-cab category.

His debut was made aboard a Supercars-owned Holden Colorado the squad leases, before switching to a Mazda BT-50 the following round, alongside 2018 champ Ryal Harris.

A fourth place finish in the third race of the Winton round is his best to date but Falk hopes to improve at the next event at Bathurst, with a particular goal in mind.

"I'd like to put it in a top three finish at Bathurst, that would be ideal and saddle on for the next rounds after Bathurst," Falk told Supercars.com.

"A top three finish is doable, whether we can win a round or not, it would be nice to think we could but at this present time, probably not.

"If we can finish in the top three for the next three rounds, I'd be happy."

Falk has been on the back foot throughout his first season, which has included a no-points scoring opening round and missing the fourth round in Townsville due to being ill at the time.

Admitting there has been a lack of confidence attributable by minimal seat time this year, Falk hopes an upcoming test at Queensland Raceway will get him back in the groove. 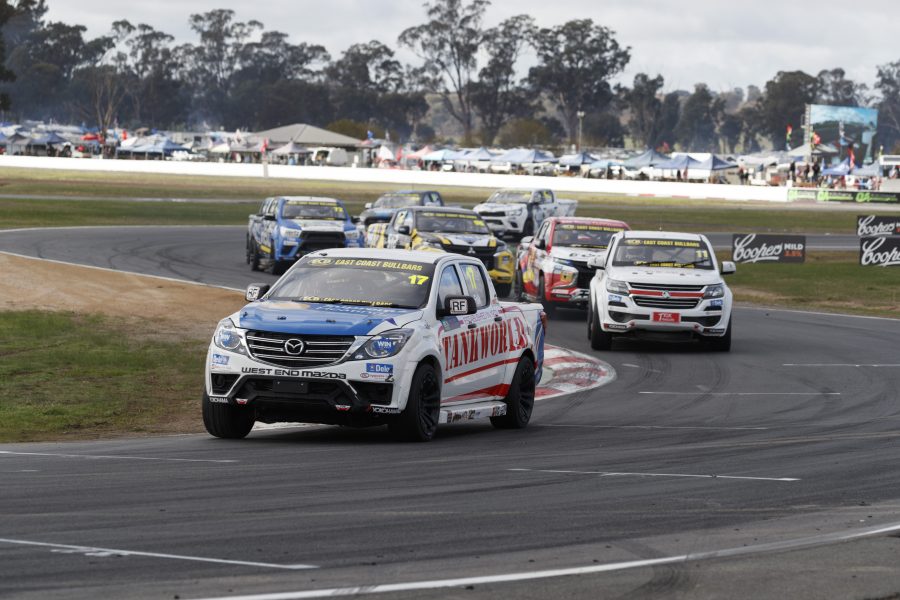 "We've got a test coming up between now and Bathurst, so I'm looking forward to that," Falk explained.

"We'll be chasing car set-up and for myself, laps in the car and if I need to wear out three sets of tyres for the day, I will.

"The problem with myself and the car is that I'm just not confident in the car enough to push it that last tenth, I just haven't had enough seat time in it.

"Hopefully this practice day will sort me out and we can turn up to Bathurst fresh and know a bit more with the set-up and we're not chasing our tail."

His best ARMOR ALL Qualifying result this season is a sixth-place grid start in Perth; it's the only time he has qualified better than 10th in SuperUtes.

A former Super2 Series driver in 2006, Falk admits he's been lacking in qualifying and says a higher start position will place him with a better chance to attack at the front.

"Our battle plan is to put in a good qualifying session, I actually haven't had one yet, we haven't had a qualifying where something hasn't gone wrong," Falk said.

"I've always started off the back of the grid, which makes it hard from the get-go.

"I'd like to be top five in qualifying and then that'll put me in a reasonable position to attack."

The sixth round of the 2019 ECB SuperUtes Series takes place on October 10-13, as part of the Supercheap Auto Bathurst 1000. 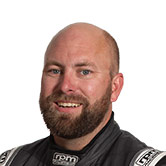