Craig Dontas says he apologised to Ryal Harris for their collision on the last lap of Race 1 of Round 2 of the ECB SuperUtes Series at Winton.

With second-placed Harris struggling for pace, Dontas tried to make a pass on the Mazda BT-50 on the outside of the penultimate corner.

“I thought I had the move done, and I moved across on Ryal because I didn’t realise I still had an overlap," Dontas told Supercars.com.

“I’ll be the first to put my hand up when I make a mistake, so I apologised to Ryal – at the end of the day, we’re both racing hard and putting on a show for the fans.”

EFS 4x4 Mazda driver Harris sits third in the championship behind leader Craig Woods and Price, while Dontas is eighth after four races. 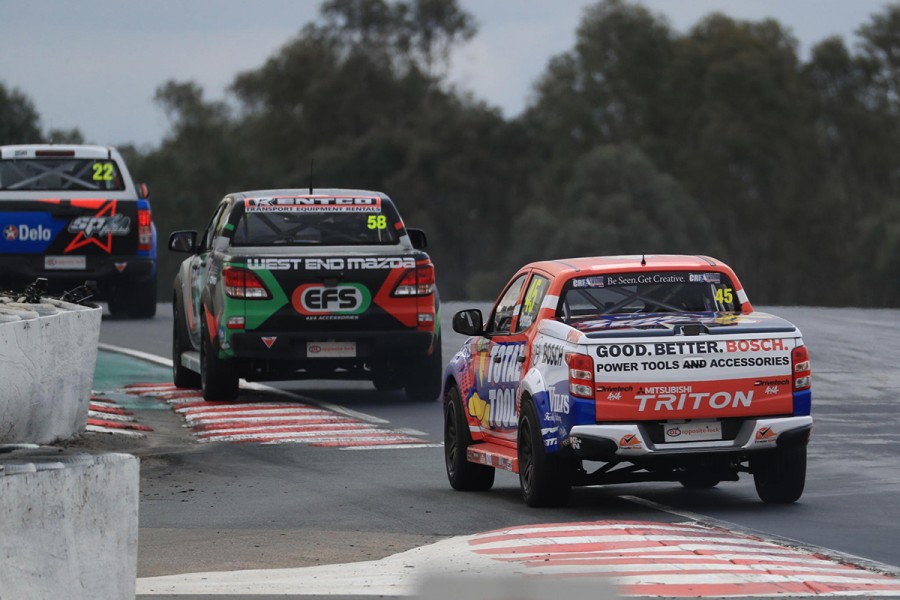 Harris was second for the full nine laps before the collision, with fluid leaking onto his front tyres hurting his pace late in the race.

“The car was good early, but it got slower and slower towards the end and started losing fluid – we think it may have been a head gasket," Harris told Supercars.com.

“On the last lap, Craig thought he was clear of me and moved across – we touched and it broke the steering.

“Craig came straight over and said sorry after the race, which was good.”

Races 2 and 3 of the SuperUtes weekend will start at 9:20am and 12:10pm on Sunday at the Winton SuperSprint.