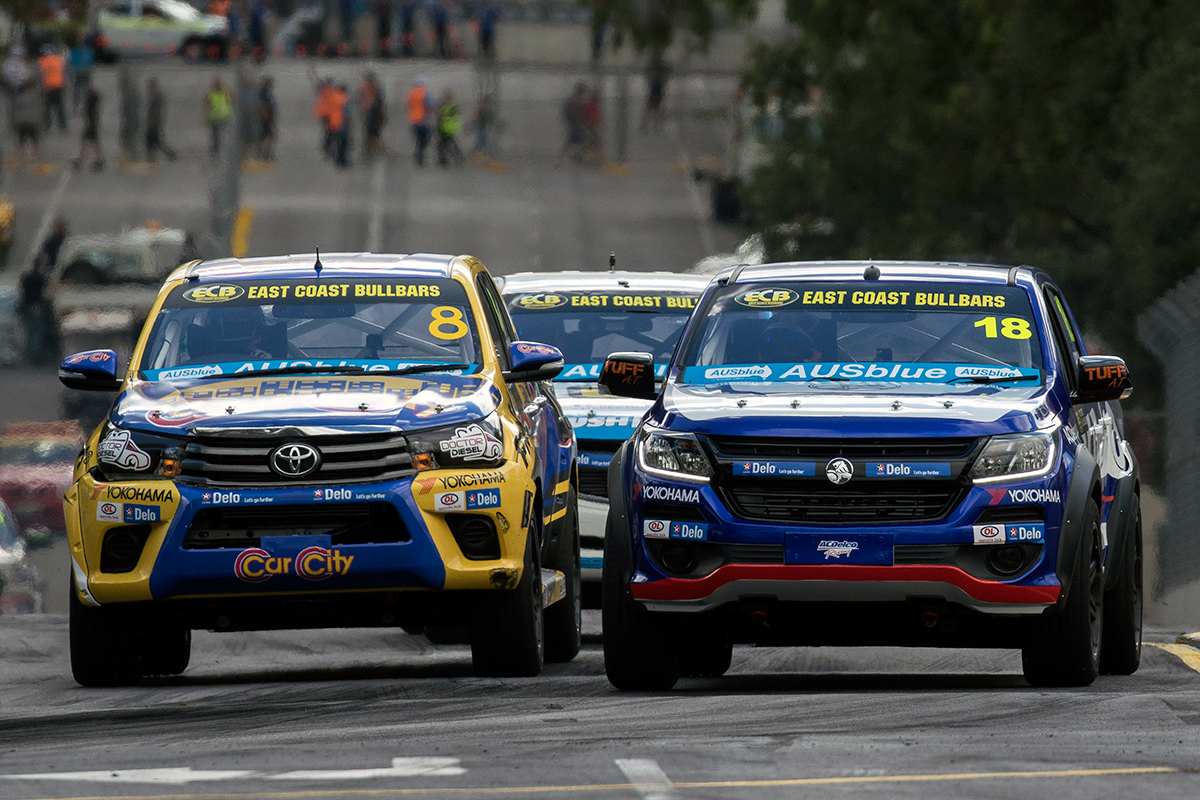 The field for the 2019 ECB SuperUtes Series opener is set, with 13 Utes taking to the Adelaide street circuit this weekend.

SuperUtes' sophomore season gets underway on Thursday as part of the Superloop Adelaide 500, and runs through to the Coates Hire Newcastle 500 in November.

Adelaide's other debutants are Ben Falk in another Holden and Adam Dodd in a Mazda, both with Peters Motorsport.

Ryal Harris won the maiden crown in a Mazda BT-50 and sticks with Peters Motorsport for a title defence, as the squad expands to three entries.

Falk is the son of long-time Supertruck driver John Falk, and steps into the Colorado driven by Ross Stone Racing's Tom Alexander in 2018.

For his part, Alexander shifts to the ex-Steve Wilson Isuzu D-MAX with RSR for the second season of SuperUtes.

Team Triton will field Elliot Barbour and Cameron Crick full-time in 2019, and Craig Dontas in the third factory-backed Mitsubishi in Adelaide.

Dontas is standing in for Dakar Rally winner Toby Price, who was scheduled to race in Adelaide before requiring wrist surgery.

That program, and four Toyotas under the Western Sydney Motorsport banner, are prepared by Sieders Racing.

Hilux full-timers in 2018, Craig Woods and Ben Walsh are joined by Mick Sieders and Luke Vanna.

A second Allgate Ranger, which made its debut at Bathurst last year, was entered for Adelaide but did not end up with a driver to partner Christoper Formosa.

Stephen Southgate's Holden Colorado was also in the mix for Adelaide but is not part of the final 13-Ute field.