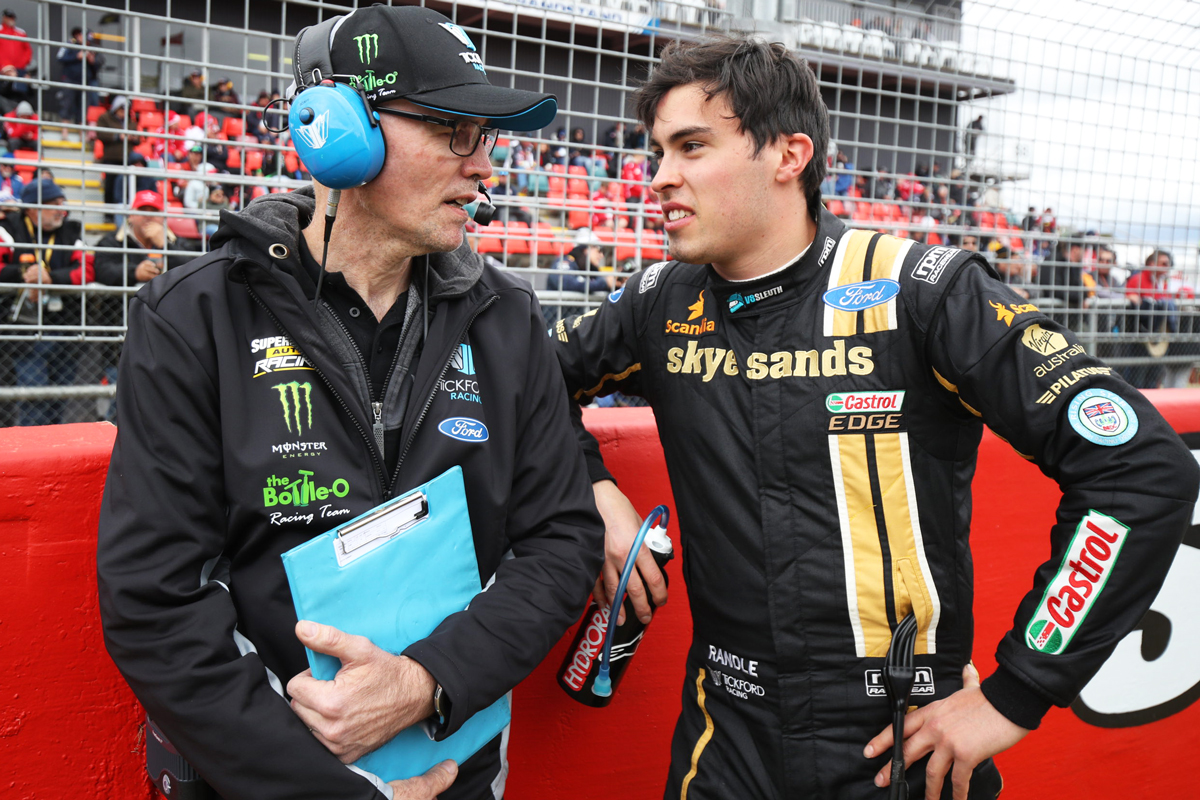 Thomas Randle admits 'it doesn't feel amazing' to claim victory for the 250km Dunlop Super2 Series race after first-across-the-line Bryce Fullwood was stripped of the win.

The MW Motorsport driver took the chequered flag with a 13.2942s advantage over second-placed Randle, but was the subject of a post-race investigation.

Fullwood failed to obey yellow flags on the final lap when Ash Walsh was trapped in the gravel at The Chase, prompting the investigation.

The stewards handed Fullwood a 15-second time penalty, dropping him to second place and elevating Tickford Racing's Randle to the top spot.

"It doesn’t feel amazing because of the circumstances, but hey, we’ve been in exactly the same position as Bryce," Randle said after learning he'd won the race.

"Ironically he was elevated to first in Townsville, so I guess the roles are reversed.

"I know exactly how he’s feeling now, but I’m just going to soak it in.

"It was a race of minimising mistakes, and we did pretty well with that."

“Sorry to my team, family and supporters,” Fullwood wrote. “We will rebuild and come back bigger and better.”

On Friday in Practice 2, Randle clouted the left-side wall at The Esses, which detached his left-front wheel from the Skye Sands Ford Falcon.

With ARMOR ALL Qualifying less than four hours away, Randle looked like an unlikely contestant for the rest of the day and possibly even the race on Saturday.

Tickford managed to repair the stricken Ford in time, with Randle qualifying sixth for the 250km contest.

"I didn't even think I was going to be in the race," Randle said.

"That was a pretty big shunt in Practice 2, I mean better to do it then, than in the race.

"When I got out of the car I saw the damage and I knew it was a big hit into the wall, because the walls here don't move and I thought either we're going to be starting at the back or we won't be starting at all.

"The guys at Tickford and even we got a couple of old Tickford guys that jumped onboard straight away and the car went from two quarters hanging off it and all bent up, to qualifying sixth.”

With the updated results, Fullwood's championship lead has now shrunk from what would've been 405 points clear over Randle, to now 357 ahead.

It also means the gap from Randle to third-placed Kurt Kostecki changes from 11 points to 35, with two rounds remaining.

“I think Bryce is in a league of his own at the moment. It will take some doing to get close to him [in the championship],” Randle said.