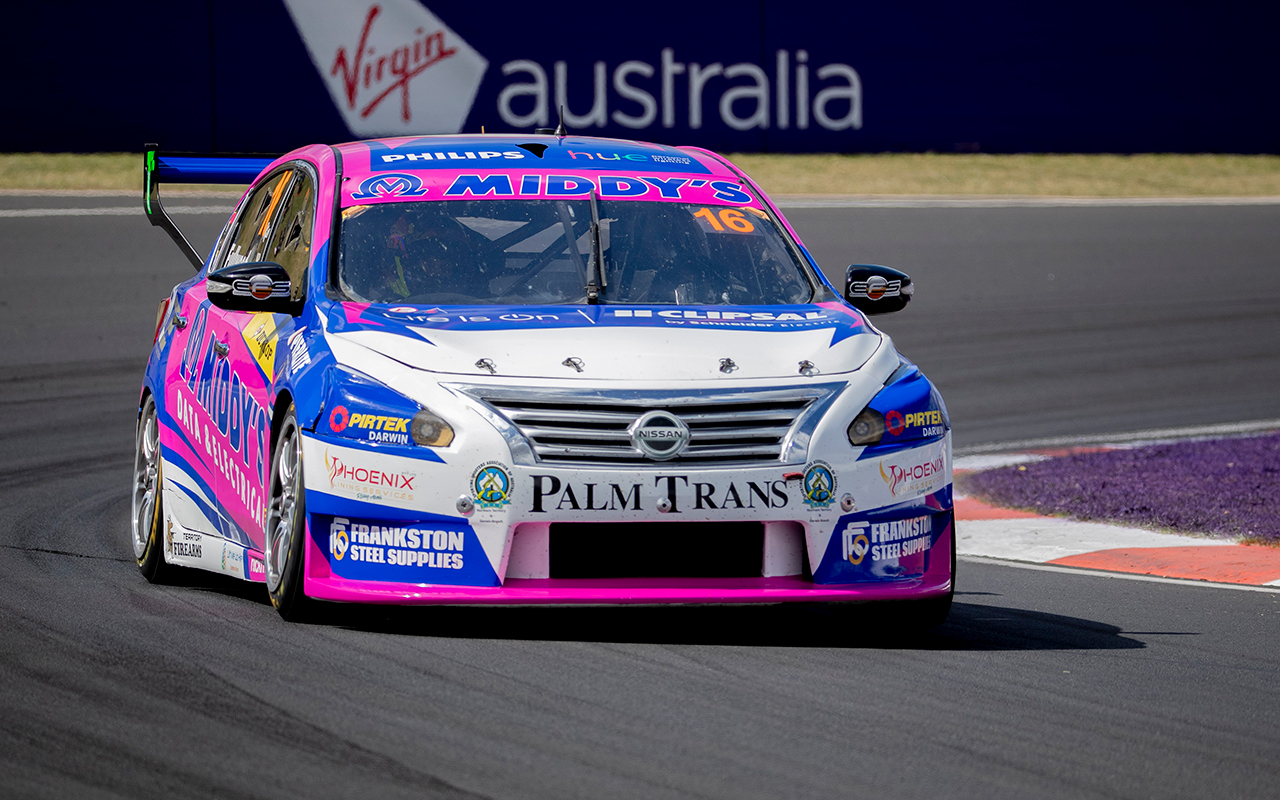 MW Motorsport's Bryce Fullwood set the pace in opening practice for Round 5 of the Dunlop Super2 Series at the Supercheap Auto Bathurst 1000.

Randle briefly went fastest at the halfway point, until the Nissan driver displaced his efforts and held onto the spot for the remainder of the 40-minute session.

“Really solid day here at the Mountain,” said Fullwood, who is 283 points ahead of MWM teammate Zane Goddard in the championship.

“[The car] is really, really comfortable, I only made one bar change the whole run and that was it so very, very happy with that.

“The goal for us this weekend is just to finish.

“I worked out there is more than 100 points for even finishing last so that’s huge for us so we really need to just finish the race. That’s the plan.

“I’m confident that the car is going to be in the first few rows somewhere. The car has been fast all year, the MW guys have done a really, really good job.

“It’s all about not taking too many risks and just dotting the i’s, crossing the t’s and getting through the weekend.”

Triple Eight's Kurt Kostecki - the only Kostecki competing in Super2 this weekend - was third fastest for the day and 0.8276 seconds adrift of Fullwood's best.

As the session got underway, it was Fullwood who set the early pace with a 2:09.3395s lap, with Jack Perkins, Will Brown and Randle going to the top, before Fullwood took over.

Fullwood, Randle and Brown were the top three for the bulk of the session, until a late effort from Kostecki moved the Triple Eight driver into third.

Within the 16 competitors on-track today, the top four were the only drivers to dip into the 2:07s bracket.

He was ahead of MSR's Ash Walsh, Image Racing's Jordan Boys and Walkinshaw Andretti United co-driver Perkins, who rounded out the top 10.

Within the field, Perkins, Randle, Fullwood, Brown, Walsh and Jack Smith [16th in Practice 1] are on double duties with Bathurst's Great Race.

Practice 2 will take place 10:10am on Friday, followed by ARMOR ALL Qualifying that afternoon.

Bryce Fullwood  ›
Stay In The Know
Sign up to the Virgin Australia Supercars Championship Newsletter
We use cookies to ensure that we give you the best experience on our website. If you continue to use this site we will assume that you are happy with it.Ok