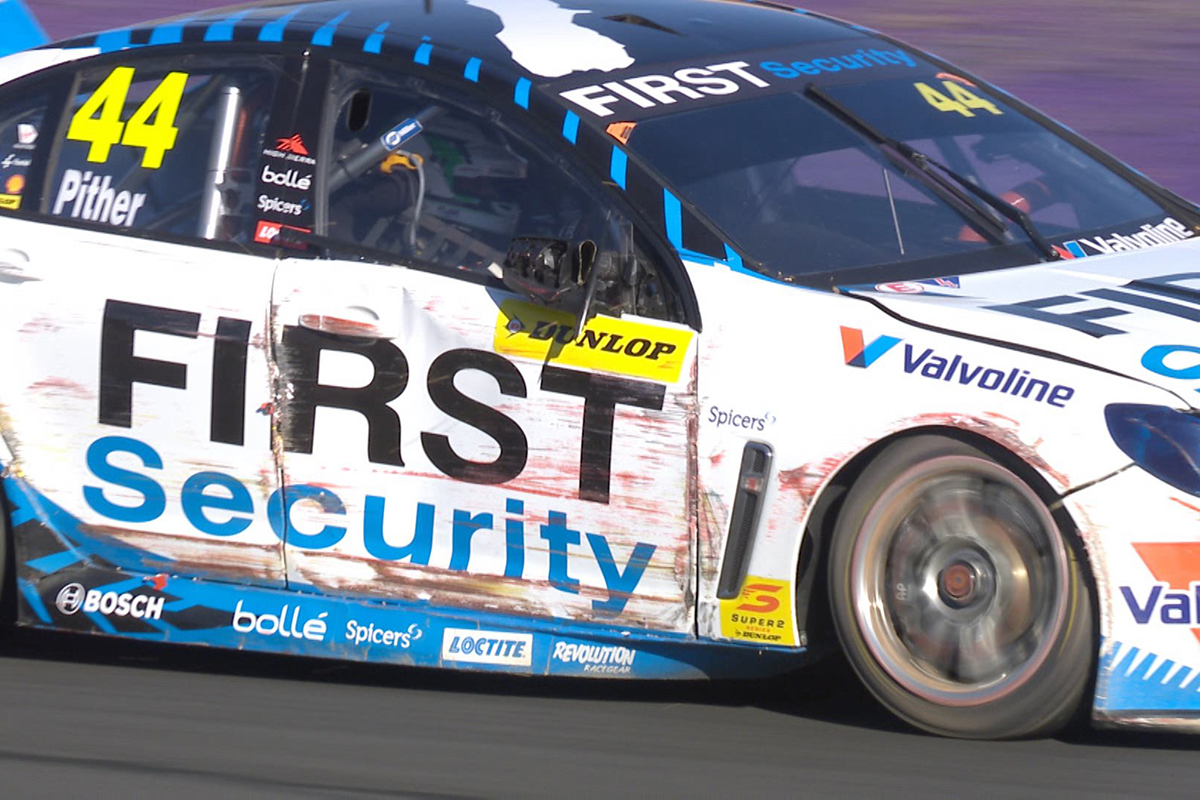 Chris Pither admits he was fortunate to make "quite square" contact with the wall during Bathurst's Dunlop Super2 Series race, to continue and finish third to take the points lead.

That followed a last-lap clash between leader Macauley Jones and Garry Jacobson, but Pither's own race was not without incident.

After his final pitstop he clouted the wall at Murray's Corner on cold tyres, bouncing back towards the racing surface and escaping with scuffed panels.

"I had a clear track and I meant to try make the most of it and I went in there a little bit too hot," Pither explained.

"I guess one of the good things about doing this long distance race for us is that you can learn how the brakes and different things change throughout a stint.

"We had just come out, had a stop and I got a little bit of a rear-locking at The Chase on that lap as well, adjusted the brake bias and had the same issue into the final corner.

"I didn't think I was going to run that far off the track, but once you touch the grass it just sucks you out to the wall pretty quick.

"I was fortunate that I managed to make contact quite square and not do any serious damage.

"For a lap or two I was sort of a little bit nervous and let off early on the back straight, but the car was OK."

Pither took the last-lap restart in sixth, and got past Jack Smith before the drama with Jones and Jacobson, passing the latter on the run to the flag.

"You see it unfolding in front of you and your concentration is a little bit distracted," Pither said.

"I managed to only just make the apex at The Chase myself and got a run, and it just seemed that Garry was slow all the way from The Chase through to the final corner for some reason.

"He was slow and Alex had a run on him and I just tried to follow Alex through at the same time.

"For whatever reason, Garry just seemed slow and off the corner as well, which gave me an opportunity to slide on by." 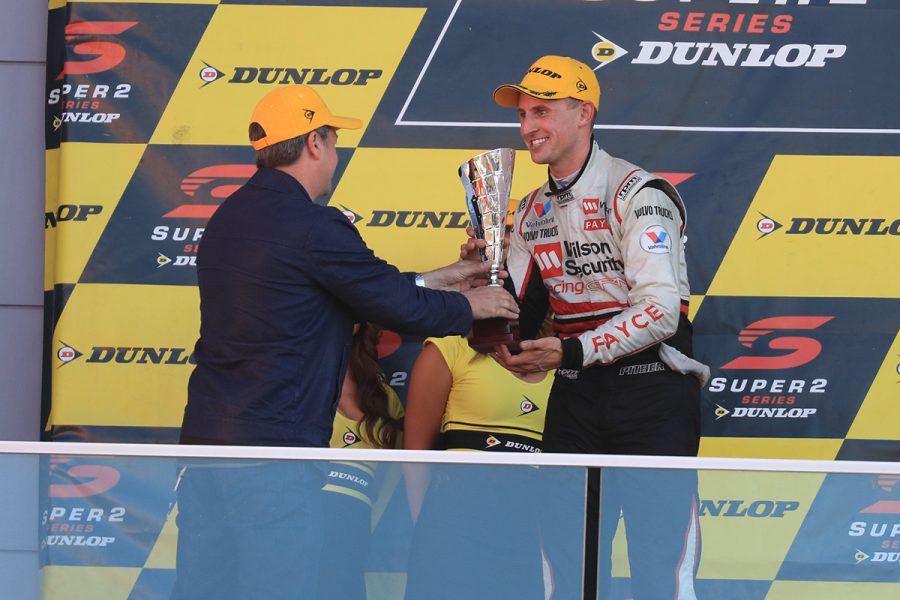 With his third place and Dumbrell's non-finish, Pither goes from being 226 points behind to 32 ahead in the fight for the Super2 crown.

The Dunlop Super2 Series concludes on November 23-25 as part of the Coates Hire Newcastle 500, Pither's first taste of the street circuit.

"It is a track I haven't driven on before, I wasn't in the series last year, so I'm looking forward to it," Pither added of Newcastle.

"I can't wait to get there and I'm happy to be going there in this position."

Pither followed his Super2 podium with sixth in the Supercheap Auto Bathurst 1000 alongside Garth Tander in GRM's Wilson Security Commodore.

Super2 set for Ipswich return in 2019