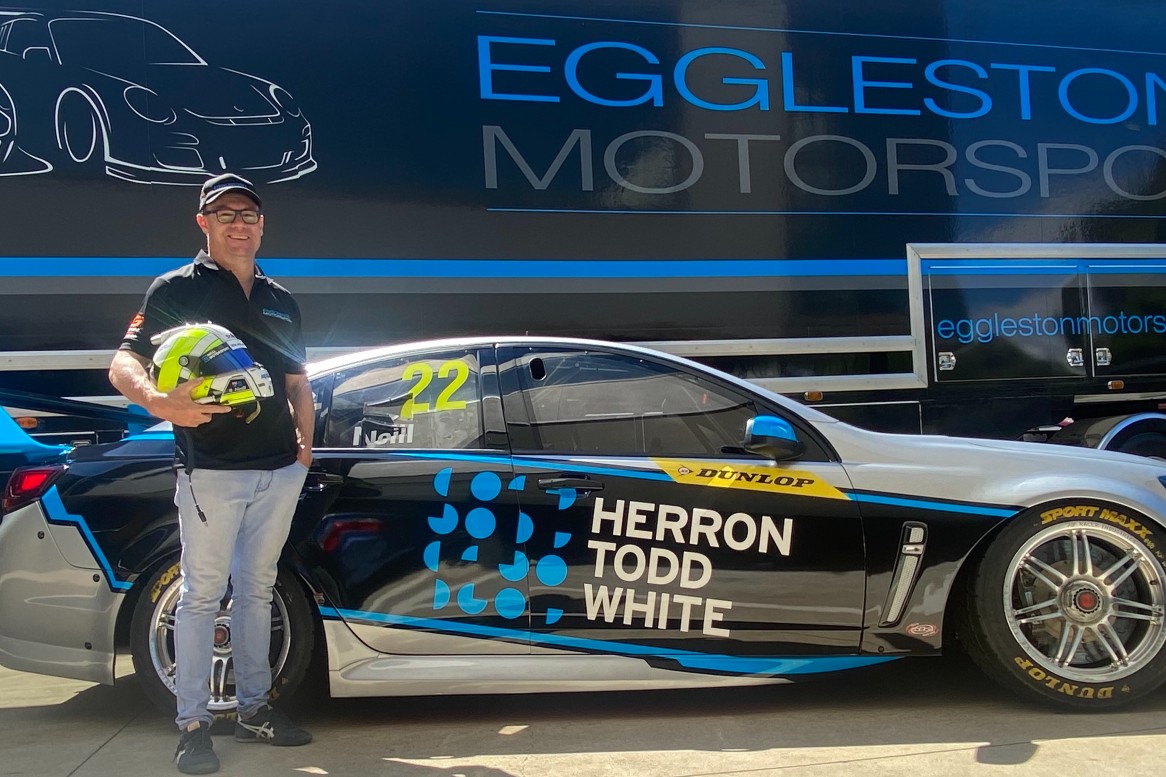 Queenslander Neill is no stranger to motorsport, having bought an ex-David Parsons Perkins Engineering-built Commodore.

With it, he joined the Heritage Class of the V8 Touring Car Series for older cars built in the 1990s, and won the Heritage Cup in 2017.

A year later, he raced ex-Shane van Gisbergen Stone Brothers-built Falcon FG and finished fourth in the Kumho Cup. In 2019, he returned to win the class.

In 2021, he will steer the ex-HRT Commodore which was raced in last year's Sydney Motorsport Park round of the Super2 Series by Tyler Everingham.

James Courtney drove the car in 2016 in HRT colours and won Race 2 in Adelaide.

While admitting the step up to Super2 will be a challenge, Neill is keen to make the leap with a championship-winning team.

"I am very excited I could secure an ex HRT car and I am very appreciative of the opportunity to be working with Rachael and Ben Eggleston and their EMS crew this season," he said.

"It will be a challenge stepping into Super2, however our expectations are modest and we aim to improve each outing as the season progresses."

Team co-owner and manager Rachael Eggleston added: "We have been talking to Brad over the last few months about making this a reality and we are really excited for him to be making this step up.

"We will be working hard to make sure he is comfortable in his car, keeps improving and above all enjoys his racing.

"Brad is extremely focused and we have no doubt will work hard to get some solid results.

"He is an asset and a very welcome addition to our team and we look forward to the season ahead."

Neill wil compete at the Repco Mt Panorama 500 later this month. Tickets are on sale now.