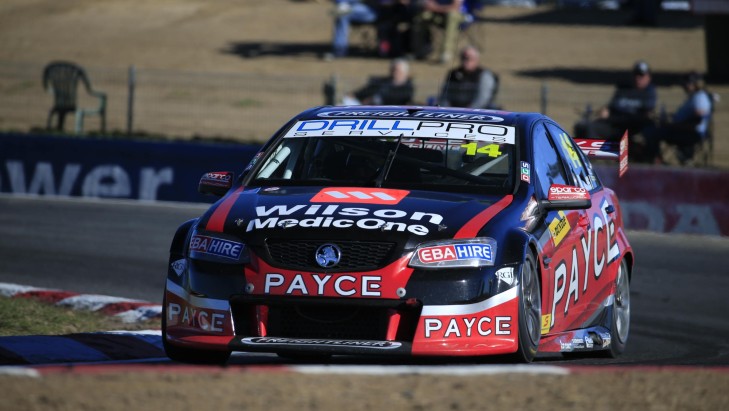 The Confederation of Australian Motorsport has praised Brad Jones Racing's Macauley Jones as he completes the third workshop of the FIA Institute 2015 Young Driver Excellence Academy in Germany this week.

The 20-year-old - who contests the 2015 V8 Supercars Dunlop Series - earned selection to the academy after CAMS nominated him to contest the Asia Pacific regional qualifier last year, which he won.

He now represents the Asia Pacific region alongside 12 other regional event-winning drivers at the academy's five workshop camps, which strive to develop young racing talent and promote the principles of safety, fairness and responsibilities on and off the track.

CAMS' General Manager of Motorsport Michael Smith is elated with Jones' progress in the program, telling v8supercars.com.au the Albury native has made an impression on Wurz and Reid.

"We keep in fairly close contact with Alex and Robert, just to monitor Macauley's progress and they've been, unsurprisingly, impressed with him," Smith said.

"He's a well-rounded young athlete ... he has impressed us a lot."

The third workshop of 2015 academy focuses on enhancing the drivers' understanding of vehicle dynamics and their influence on car balance. The participants drive a variety of cars - front, rear, and all-wheel drive - on different handling tracks as well as on specially designed slippery training modules.

Jones' driver development through the academy complements his assault on the V8 Supercars Dunlop Series, which is dedicated to fostering future V8 Supercar talent. He currently sits13th in the series standings, piloting the #14 PAYCE Commodore.

"The V8 Supercars Championship is one of the most competitive motor racing championships in the world, and it follows that the Dunlop Series is also competitive," Smith told v8supercars.com.au.

"It's a terrific breeding ground for young drivers that want to pursue a career in V8 Supercars.

"As far as his career is concerned, the academy is a very good opportunity for Macauley as it puts him against the best young drivers in the world. There's a lot of fitness, nutrition and psychology aspects involved in the programme, and there's a lot of the driving elements as well."

The Dunlop Series resumes at the Castrol EDGE Townsville 400, July 10-12.

Waters a force to be reckoned with