What was a 30-point advantage for Bink (MadRacer38) over Adrian Yalpi (UltimateAge05) grew to 44 across races at Long Beach, Lime Rock and Watkins Glen.

At the start of the evening, the top four were split by 40 points, but Andrew Dyson (Ssemper) and Jacob Harvey (Har05) also had misadventures and are now 46 and 66 adrift respectively.

Bink was a relatively quiet fourth in the Long Beach opener, before finishing second at Lime Rock and winning the finale.

In all three races, Yalpi featured in the fight for victory.

Yalpi tried to pass Dyson for the lead on the final lap at Long Beach but overshot Turn 1 and fell to cross the line in sixth.

A maiden e-series win followed in the reverse-grid Lime Rock affair, after withstanding substantial pressure from Bink through the first half of the 22 laps. 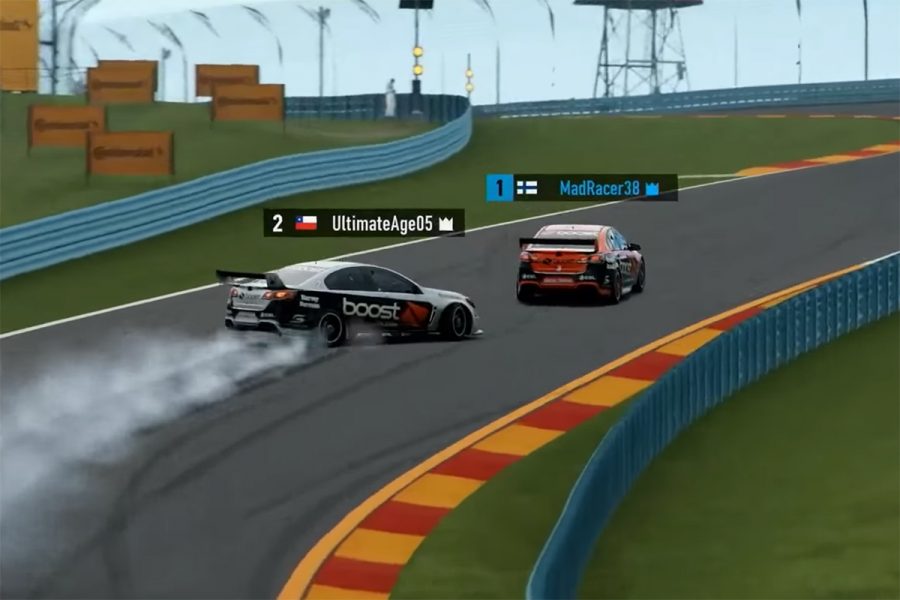 The roles were reversed at Watkins Glen, Bink doing enough to keep Yalpi at bay until the challenger spun at The Esses on the final lap, dropping to fifth.

That left Bink to take a fourth win of the campaign and enter the second half of the season 54 points clear of Yalpi.

"That was intense," Bink, who now has eight podiums from nine starts, said.

"I don't know what happened [to Yalpi], I looked back going up and hill and he was sideways and there was smoke.

"But he was on it in that race, I thought I had a bit of a gap there [when I pitted].

"A couple of times I was bottled up behind people so I took an earlier pitstop [than through the first two legs].

"In the last one I had to cover Adrian, quite clearly he had good pace in that race."

Yalpi led the bulk of the 13 laps at Long Beach until late pitstops, with Dyson going one lap longer to emerge just ahead as they started the final tour.

He kept his cool to win as Yalpi overshot, then finished fourth at Lime Rock to secure a front-row start at Watkins Glen alongside Bink.

However Dyson went off on the opening lap and eventually finished seventh.

Harvey grabbed second at Long Beach, finishing just half-a-second behind Dyson, but his evening unravelled from there.

A disconnection during the Lime Rock race left him as a DNF, and was followed by a clash while disputing third with Mark Pretty (XE Mr Bucket) at the Watkins Glen Esses. 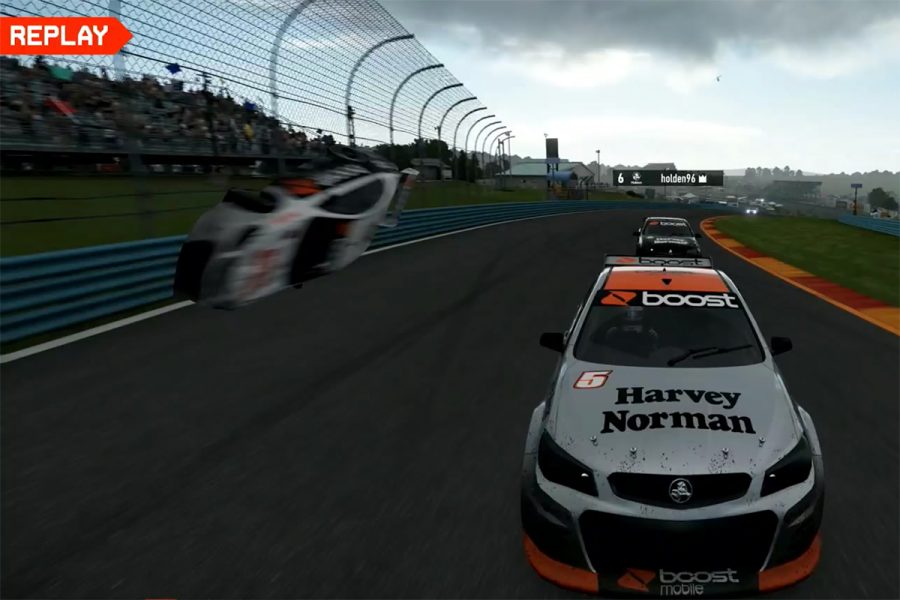 His Boost Commodore rolled, with Harvey classified eighth and all-but writing off his title hopes.

"Definitely not [my night]," he said.

"Bucket came out of the pits, he got a run on me, we made contact at the Esses.

"I went around and I don't know much else from there because I was upside down."

Matthew Collings (holden96) rounded out the podiums at Long Beach and Watkins Glen with third each time.

Jonathon Burrows (Tdi zools80) took pole in qualifying at Long Beach and looked set for a podium breakthrough until a late disconnection.

Burrows regrouped with fifth and fourth at Lime Rock and Watkins Glen.

The Boost Mobile Supercars e-series stays in the US next Tuesday evening, with races at Road America, Sonoma and the Indianapolis Motor Speedway's Grand Prix Circuit.

In the meantime, the Boost Mobile Cup Series – open to all comers on Forza Motorsport 7 on Xbox – continues this evening.

Related Content
Bink extends e-series lead through Europe  ›
24/10/2018
Supercars e-series leader’s racing double-life  ›
23/10/2018
Bathurst battle highlights e-series kick-off  ›
17/10/2018
Stay In The Know
Sign up to the Repco Supercars Championship Newsletter
We use cookies to ensure we give you the best experience on our website. If you continue to use this site, you agree to the terms and conditions identified in our privacy policyOKPrivacy policy