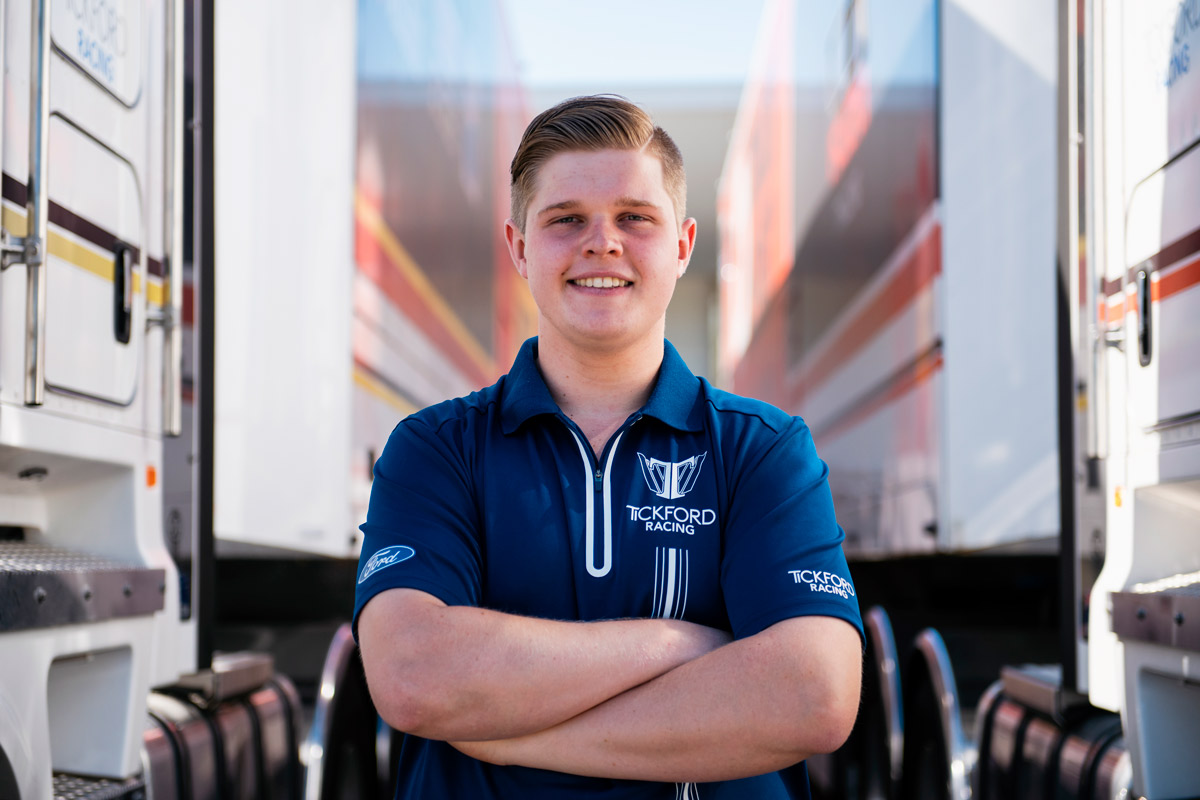 The Ford team will run two Mustangs in the virtual competition, with Gilliam their first driver recruit. A second driver will be selected out of the Eseries draft later this week.

Gilliam, a 19-year-old from the Gold Coast, visited Tickford’s temporary base at Sea World Resort on Monday to meet his new team.

Away from sim racing, he is studying mechanical engineering at the University of Queensland.

“I’m super stoked to have the opportunity to compete with Tickford Racing in Supercars’ Pro Eseries,” Gilliam said.

“Like a lot of sim racers, I grew up dreaming of racing a Supercar, so to be selected to compete for one of the top teams in the sport – even virtually – is really exciting.

“As a racer and aspiring engineer, I loved getting to meet the team and see the cars up close, I even got to hop in the driver’s seat which was amazing.

“iRacing modelled the cockpit of the Ford Mustang using the Tickford car, so it was really cool to see the real-life version from the real seat!

“There are a lot of talented drivers in the Eseries so while I expect it to be super competitive, it’s going to be a ton of fun as well. I can’t wait to hit the track!”

Tickford CEO Tim Edwards said Gilliam’s recent form and consistency had made him an attractive proposition for the six-round competition starting October 28.

“We are very excited to add Andrew to our line-up for the Supercars Pro Eseries,” Edwards said.

“Over the past few months Andrew has frequently been at the front of the field in virtual racing, particularly in Supercars races.

“He’s been regularly impressive with his one-lap speed and consistently strong race pace, and his charge to second in the virtual Bathurst 1000 (in the V8 SCOPS online series) last month sealed the deal for us.

“Andrew’s been a serious contender every time out and we’re confident that won’t change when the Pro Eseries kicks off.”