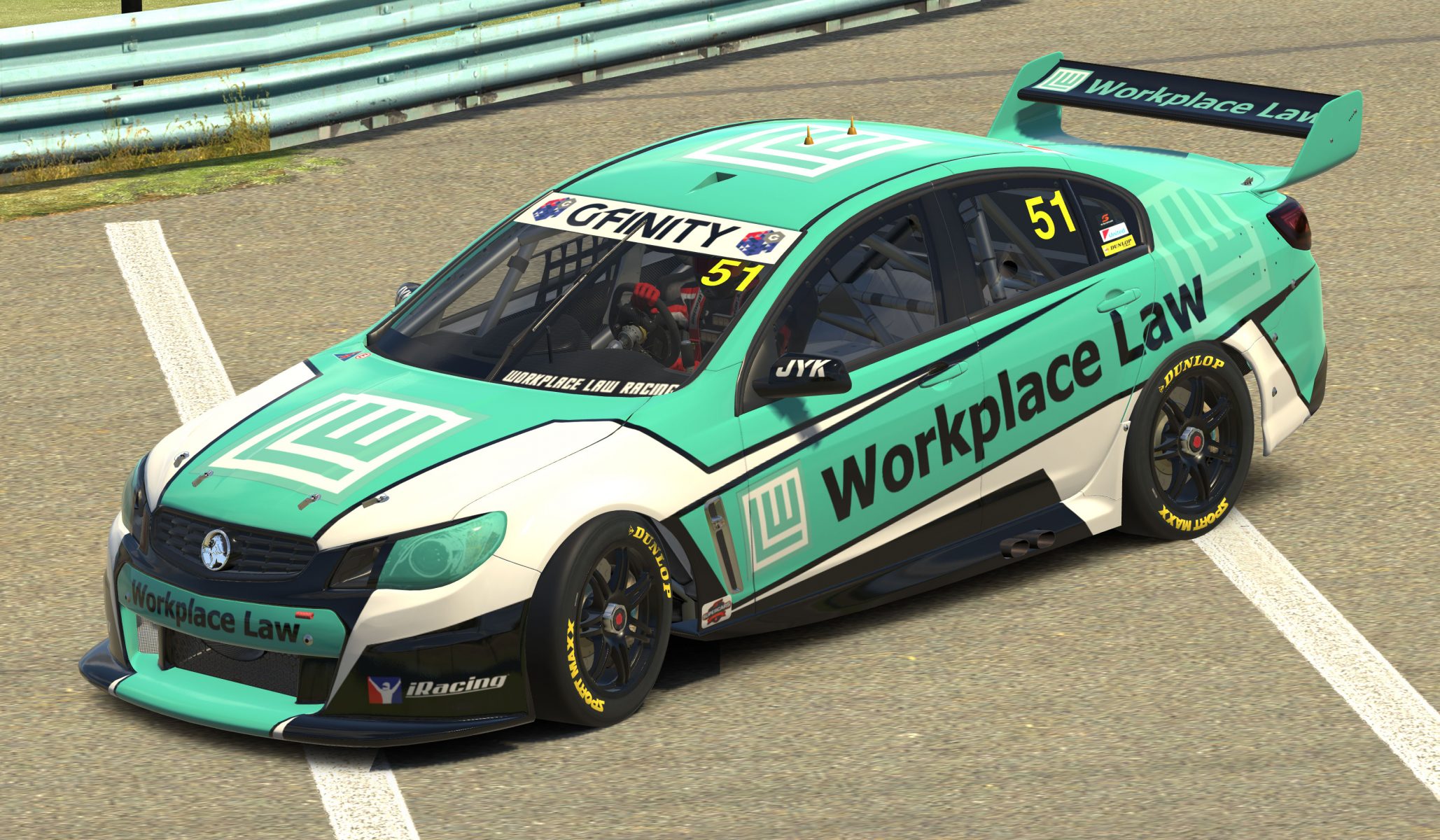 Another three team and driver combinations have been confirmed for the 2019 Gfinity Supercars Eseries, ahead of the opening round on September 24.

Emily Jones has been locked in for this season, competing for Workplace Law Racing.

“We hope that that the gaming and motorsport communities join us in supporting Emily as she is sure to inspire female gamers around Australia,” said Workplace Law director Shane Koelmeyer.

“We want to thank Dominic [Remond] and Ben [Williams] at Gfinity for their unwavering support for Workplace Law Racing giving this opportunity specifically to a female driver and for then finding Emily.

“Throughout our discussions it was clear to us that Dominic, Ben and the entire Gfinity team are equally as passionate about supporting female gamers.”

Gfinity Esports Australia CEO Remond was delighted to see a female presence on the grid.

“Gender diversity in sport and esports has long been a personal focus; me and Gfinity Esports Australia are very excited that this relationship is fostered from a shared purpose,” Remond said.

Elsewhere, 2014 Nissan GT Academy finalist Josh Muggleton has been announced for Knight Rider Motorsports, while Richard Hamstead will drive for Next Level Racing.

Both drivers were selected through the Eseries draft; Muggleton and Hamstead seeded third and fourth out of 16.

“I know we can be competitive. We have an outstanding driver in Josh Muggleton that I’ve had the opportunity to compete against,” Blackhall said.

“He has a great ability to adapt to live sim situations which is going to make him a great asset when it comes to the various races as well as his incredible race pace and consistency.”

The six-round, 16-race season begins with a triple-header at Phillip Island, Monza and Suzuka from 7.30pm AEST on September 24.