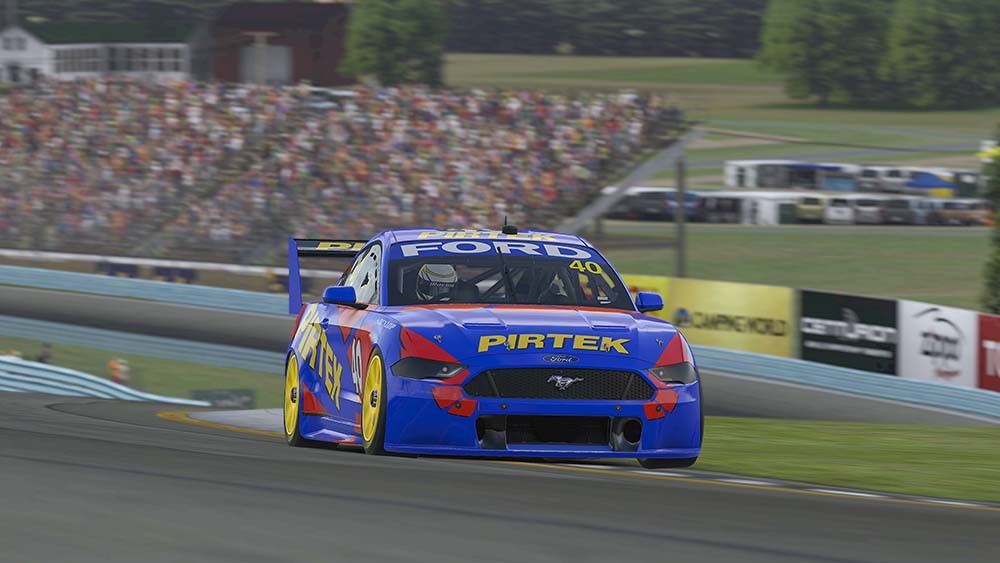 Marcos Ambrose’ return to BP Supercars All Stars Eseries was a success, highlighted by a top 10 finish.

However it was what Ambrose admitted to during qualifying that was his standout moment of the night.

The 2003 and 2004 Supercars Champion struggled during qualifying with his homemade simulator having technical issues during the ARMOR ALL Qualifying period.

Not to be deterred, the PIRTEK #40 wildcard entrant said he took matters into his own hands to make sure he made the starting grid of each of the night’s four races at Circuit Gilles Villeneuve and Watkins Glen.

Ambrose admitted he missed the Montreal qualifying session because he had to replace a broken part of the machine.

“I rang my friend down the street and he went and took his of his machine and came over to my shed and put it on,” Ambrose said.

“We missed qualifying in Montreal, but I guess you get mechanical issues in online racing as well.”

The 43-year old improved steadily in his first night of racing against Supercars’ current Championship drivers.

After starting from last he finished 22nd in the opening race at Montreal before moving up to 17th and then 14th at Watkins Glen and in the final race finished in sixth position. 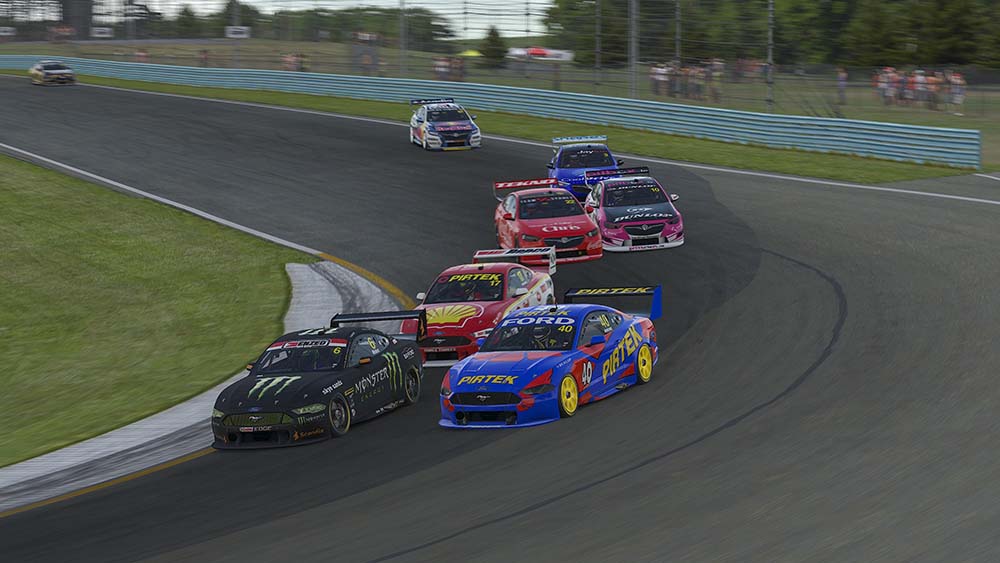 “I keep telling myself its actually just a computer game and it’s not a real-life thing.

“It feels like you’re in the car and with the motion included and the competition, its just like the real thing.

“It’s great to see all the drivers supporting it, the stigma of online racing seems to have gone away.

“I think online racing is here to stay, it really is fantastic.”

28/04/2020
Stay In The Know
Sign up to the Virgin Australia Supercars Championship Newsletter
We use cookies to ensure that we give you the best experience on our website. If you continue to use this site we will assume that you are happy with it.Ok