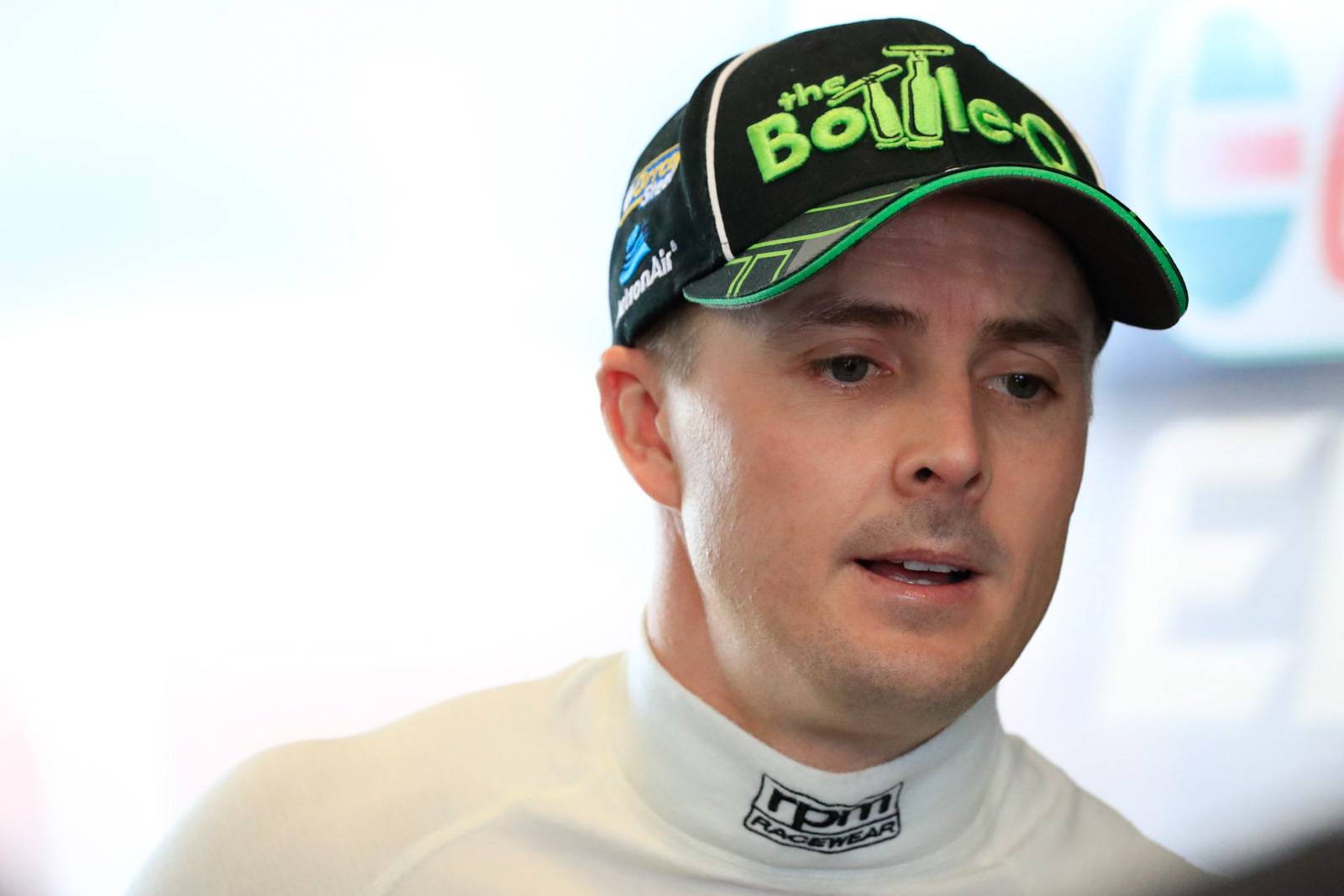 Mark Winterbottom won’t consider himself a championship contender until he’s back in the mix winning races.

The defending champ – who earned his first Supercars title last year and carries the number one on his Bottle-O Falcon – admitted there were three cars in the fight now, and he wasn’t one of them.

He finished 14th today after a tyre delamination early in the race at Sydney Motorsport Park, a place where he has only ever won one race back in 2008.

The Triple Eight trio of Jamie Whincup, Shane van Gisbergen and Craig Lowndes hold the top three spots in the championship and are split with 198 points back to third placed Lowndes, while ‘Frosty’ is 273 points off the lead.

“I’m not worried, because it is what it is – if you can’t win races you won’t win the championship,” Winterbottom told supercars.com.

“At the moment our focus has to be on getting it back together. Sandown will be good, no doubt we’ll be good at Sandown. I know this place is always tough and Sandown is a good track.

“We’ll bounce back but we just need to win races – that’s the focus not the championship.

“At the moment there’s three blokes racing each other for the championship and we’re not in it.

The tyre issue was a double whammy for Winterbottom, who had a slow in-lap to pit lane, which meant he couldn’t capitalise on ‘the undercut’ on others, and then was compromised with old tyres at the end of the race.

“The guys do a good job to try and get you back in the race, we just weren’t quick enough anyway,” he said.

“At the end of the day you’ve just got to do what you can do, turn up at the next round and still enjoyable even when you’re finishing nowhere, but we’ll keep working.”

The team will test again before the September Wilson Security Sandown 500, after having its first in-season test just before the Sydney Motorsport Park event.

Winterbottom is positive about the enduro phase of the Championship and is looking forward to sharing with co-driver Dean Canto.

“It’ll be good, the next three tracks I love – there’s only five round to go so it’s getting pretty close,” he said.

“I often just see this place and wipe it off the calendar and today was another example of that really.

“When the car’s good I get a result here but it’s so sensitive to the smallest changes. Chaz’s car was good – I don’t know why his worked so well but the three of us were in the same position. He was the standout.”

Mostert finished third in yesterday’s race and took both ARMOR ALL Pole Positions this weekend, though other Prodrive racers Cameron Waters and Chris Pither were 16th and 13th respectively in the race.

Craig Lowndes by the numbers