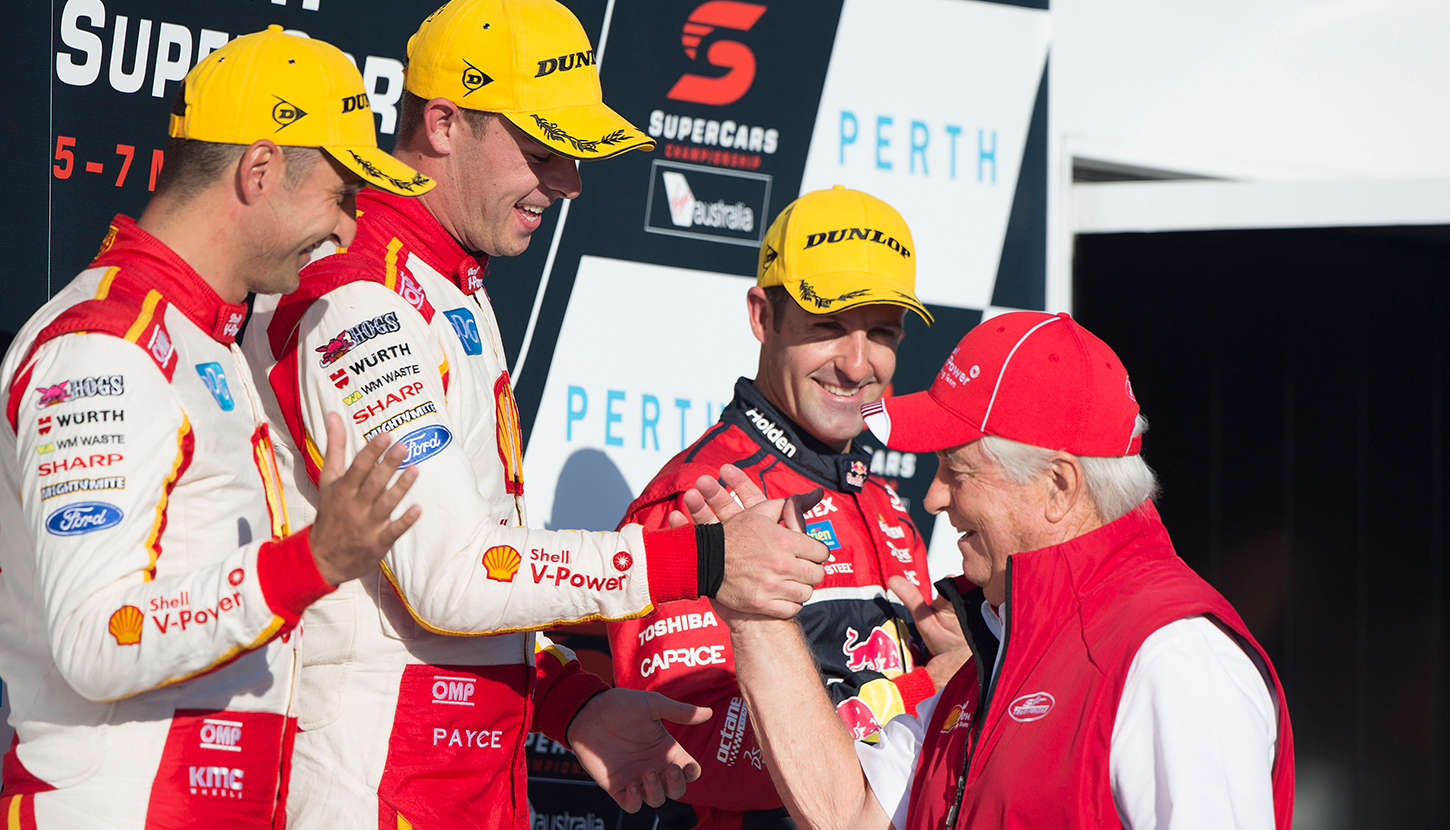 Jamie Whincup has labelled Shell V-Power Racing’s ascendancy to the top of the Supercars pecking order ‘good for the sport’ as Red Bull strives to keep pace with the fast Fords.

The Roger Penske owned squad recorded its most emphatic result to date on Saturday at Barbagallo, starting and finishing one-two.

They then ran away from Red Bull duo Whincup and Shane van Gisbergen in the early stages of the race, pulling more than five seconds ahead in the first 10 laps alone.

Triple Eight has won the last seven straight teams’ titles and seven of the last nine drivers’ championships, but is suddenly the underdog in the heavyweight battle.

“We certainly don’t have the quickest car out there, but it’s there or thereabouts,” said Whincup in response to the Race 7 results.

“Motorsport is a grind, it has been for a long time. In the interest of the sport, you need people stepping up.

“Everyone complained that we were at the front of the pack and it was no good for the sport.

“All we were doing was just encouraging everyone to step up and take the leap – which these guys have done.

“It’s going to be a challenge for us to make our car quicker and fight on for the rest of the year and that’s what it’s all about.

“You can’t stay at the top forever, it’s all swings and roundabouts. We’ll grind it out like we know we can.”

Whincup lost position to van Gisbergen at the first corner in Race 7, spending 11 laps behind the Kiwi before finding a way through.

Van Gisbergen ran a longer first stint before climbing back to finish fourth, saying post-race that he simply didn’t have the pace.

“In the first stint I really fell behind, I couldn't keep up,” he said.

“Jamie (Whincup) got past me and got in front, he raced on. We pitted, made an adjustment which made the car better, but by that time we were too far behind.

“The car feels good, we just need pace. We can try a few things tomorrow to ensure we have a really good crack, we just need to push that little bit harder."