Jamie Whincup has snapped an 18-race winless streak with victory in a chaotic rain-affected Race 25.

Whincup, who last won in Tasmania in April, recorded his 124th career win in the ARMOR ALL Sydney SuperNight finale.

Van Gisbergen encountered a challenging race, first going off after an early restart before being penalised for a pit stop breach.

Anton De Pasquale finished second ahead of Chaz Mostert, who started 26th and last following his exclusion from qualifying. 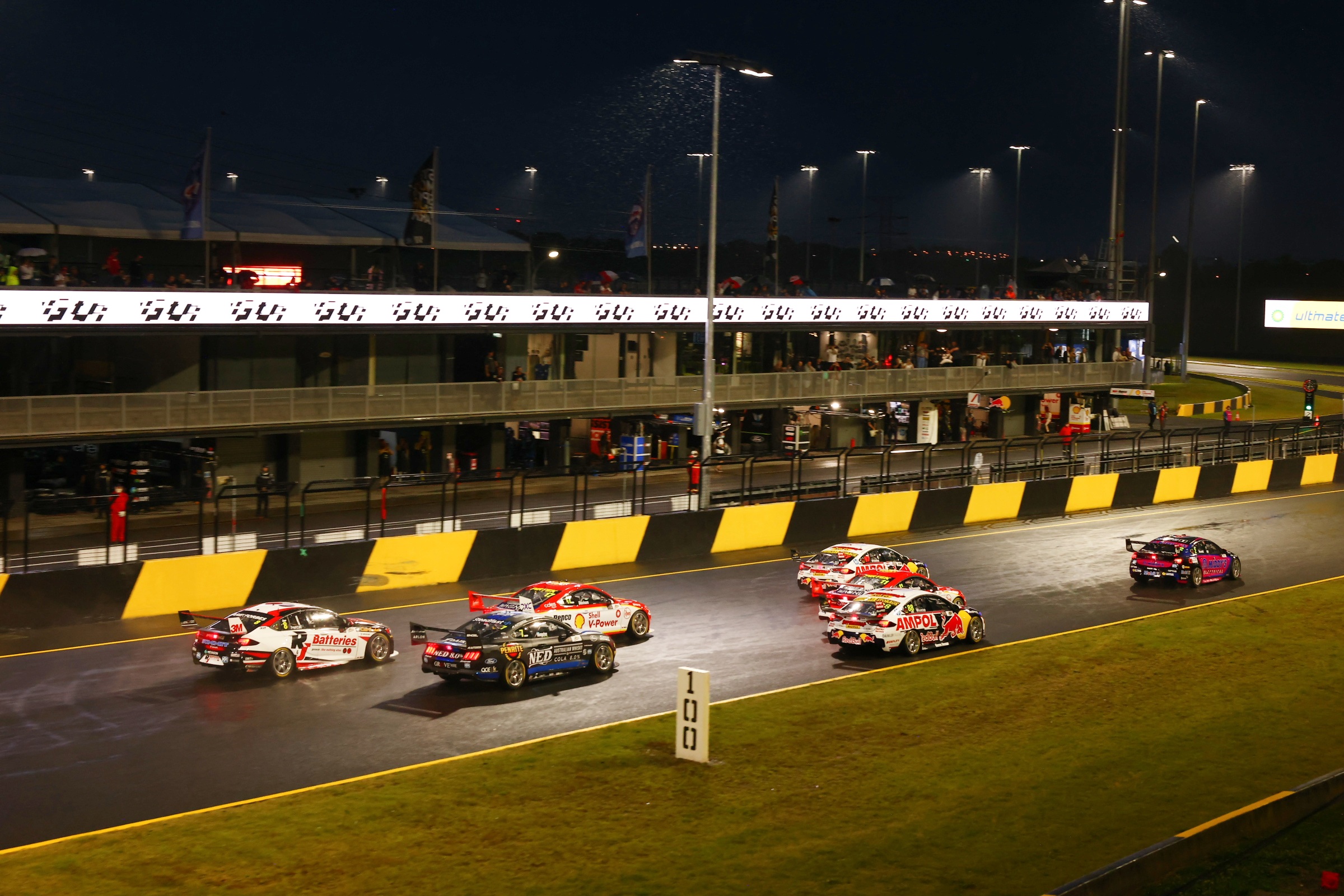 With rain worsening under yellow, the race was red-flagged after 24 laps.

It marked the first red-flagged race since the 2018 Gold Coast finale, which was also affected by rain.

Van Gisbergen and De Pasquale launched from the front row, but neither driver led through the first corner.

Bryce Fullwood bolted from eighth and swept into the lead around Turn 1, and was followed by Whincup.

The field tip-toed around Turn 2, but Brodie Kostecki and James Courtney interlocked through Turn 3.

It was the first Safety Car deployment since Race 12 in Darwin in June.

The race restarted through thick spray, and van Gisbergen had a major scare when he ran long at Turn 1.

The series leader skidded through the wet gravel at speed, but managed to keep the #97 Red Bull Ampol Commodore out of the tyre barriers.

Macauley Jones was turned by wildcard Kurt Kostecki at Turn 5, and the latter was hit with a 15-second penalty over the contact.

Fullwood was adjudged to have jumped the start, and was handed a drive-through penalty.

Whincup stretched his legs in the lead, with the seven-time champion opening up a three-second margin over De Pasquale.

Will Davison was 1.8s further behind, with Will Brown a major beneficiary of the topsy turvy start.

Brown had started 17th and was up to fourth once van Gisbergen ran long on the restart. Mostert, meanwhile, was up to 12th following the restart.

Runners in the mid-field began to make their stops, with Mostert stopping on lap 11.

On the following lap, van Gisbergen was told he had breached the Safety Car restart procedure, with replays showing the #97 entry had overlapped with De Pasquale.

Van Gisbergen remonstrated with his team, and the penalty was later withdrawn following further investigation.

The points leader made his pit stop on lap 17, but the drama continued when the mechanic on the right rear almost followed van Gisbergen into the fast lane.

Van Gisbergen was quickly handed a drive-through penalty for an unsafe release, which he served on lap 18.

All the while, Whincup continued to edge further ahead of De Pasquale, with the margin 6.4s on lap 18 when Davison stopped from third.

Davison emerged just ahead of Brown, who followed the #17 Shell Ford into the lane.

De Pasquale stopped on the following lap and emerged five seconds ahead of the battling Slade and Mostert.

Mostert cleared the #3 CoolDrive Mustang on lap 21, just as the Safety Car was deployed for a second time when Jake Kostecki found the barriers.

Kostecki had earlier been forced into the garage over a suspected power steering issue.

With the race neutralised, Whincup and Percat stopped from first and second, with Hazelwood, Jacobson, Coulthard and Goddard also making their stops.

Whincup retained the lead ahead of De Pasquale, with Mostert third ahead of Percat, Slade, Brown, Davison, Waters, Hazelwood and Heimgartner. 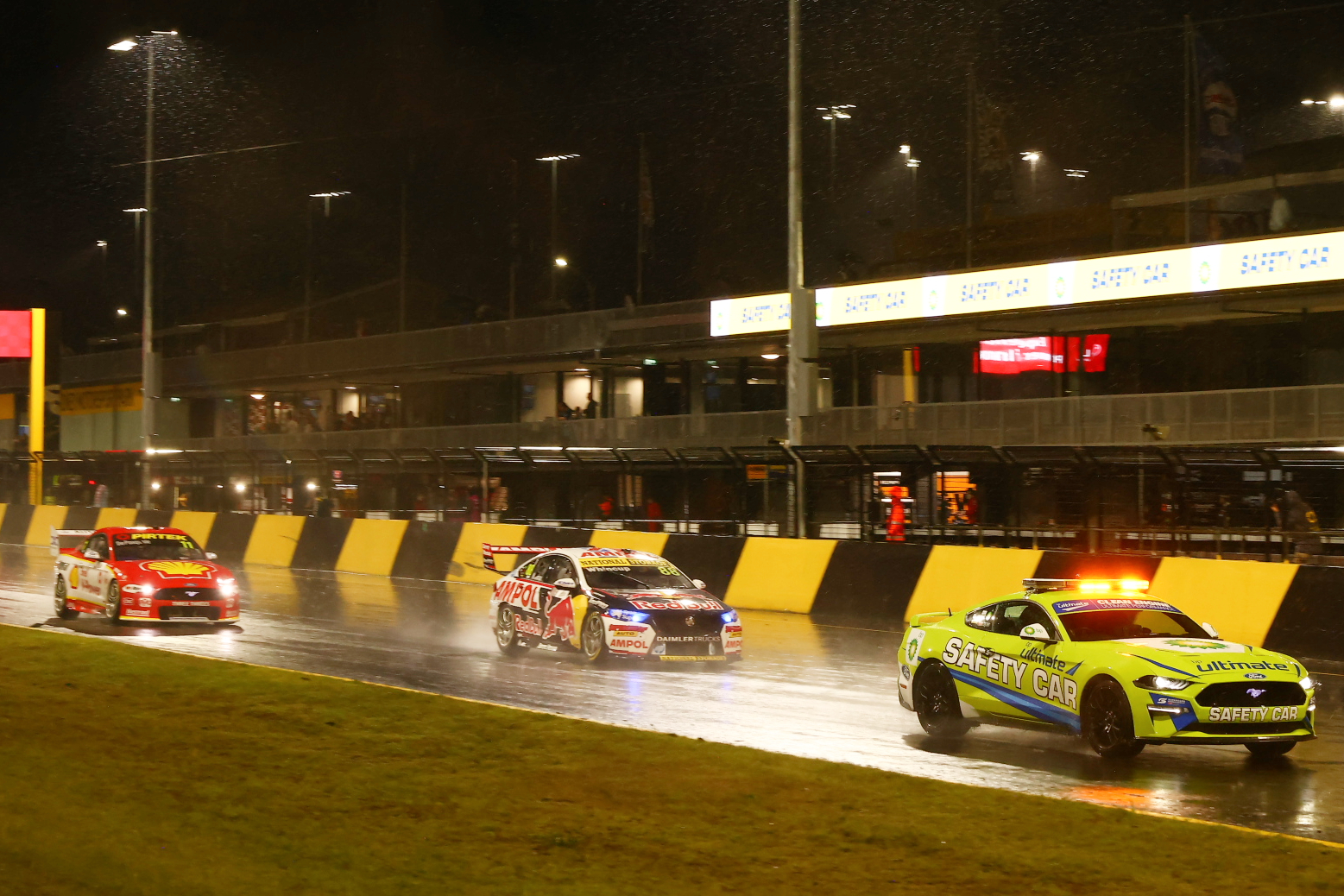 After three laps behind the Safety Car, the race was red-flagged and cars returned to pit lane.

The race was declared after a 10-minute stoppage, with Whincup awarded victory ahead of De Pasquale and Mostert.

It marked Whincup's first victory since Race 7 at the Beaurepaires Tasmania SuperSprint in April.

"Car lit up off the start, which was the main thing, and I had clean air," Whincup said. 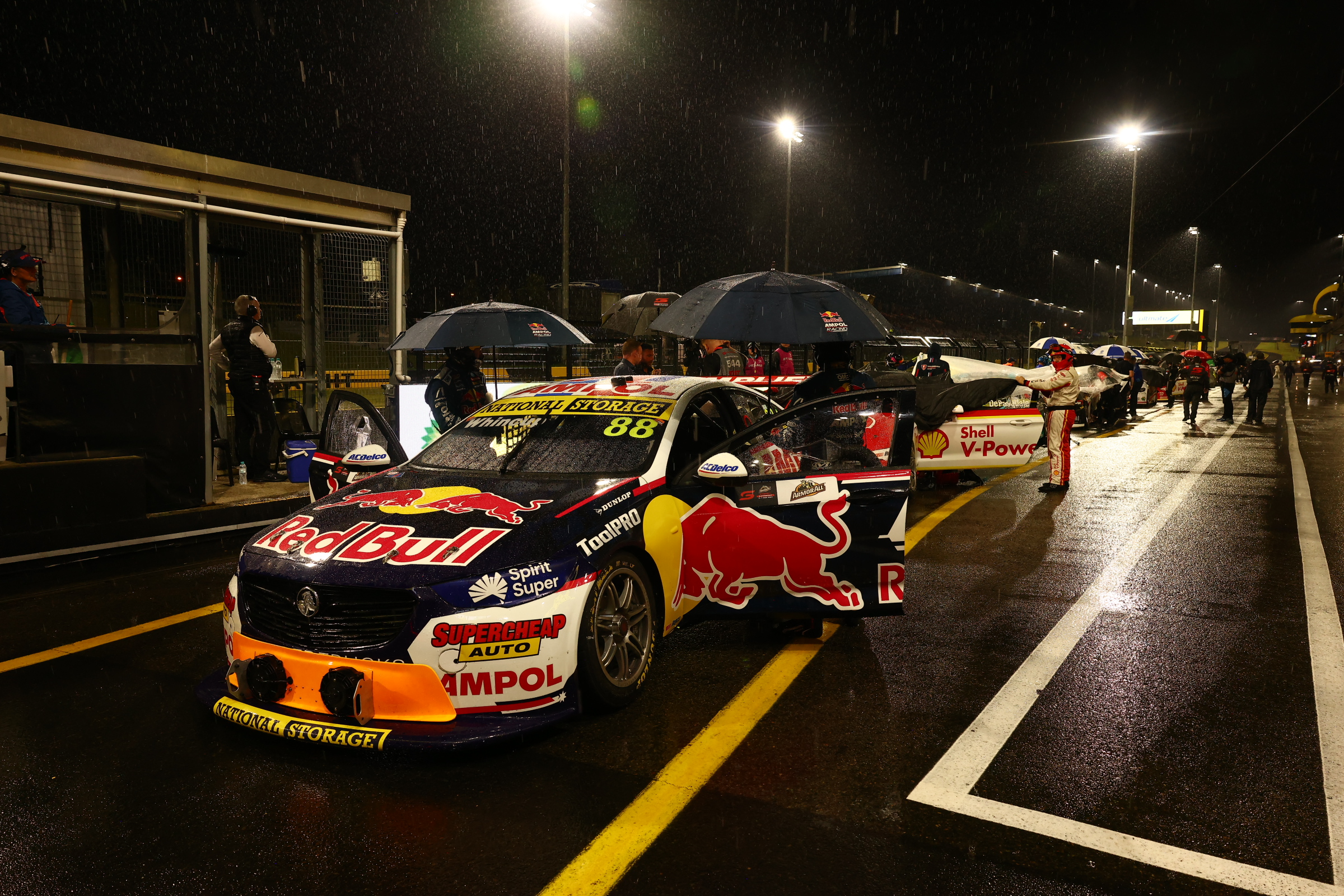 "It's a bit of a weird one to celebrate, wins don't come very often in this day and age.

"I'm not sure what it was, but my thing just hooked up... because it was dry when we rocked up to the grid, there were a few dry spots.

The season will resume next weekend with the BP Ultimate Sydney SuperSprint.

Tickets for all Sydney events are on sale now.