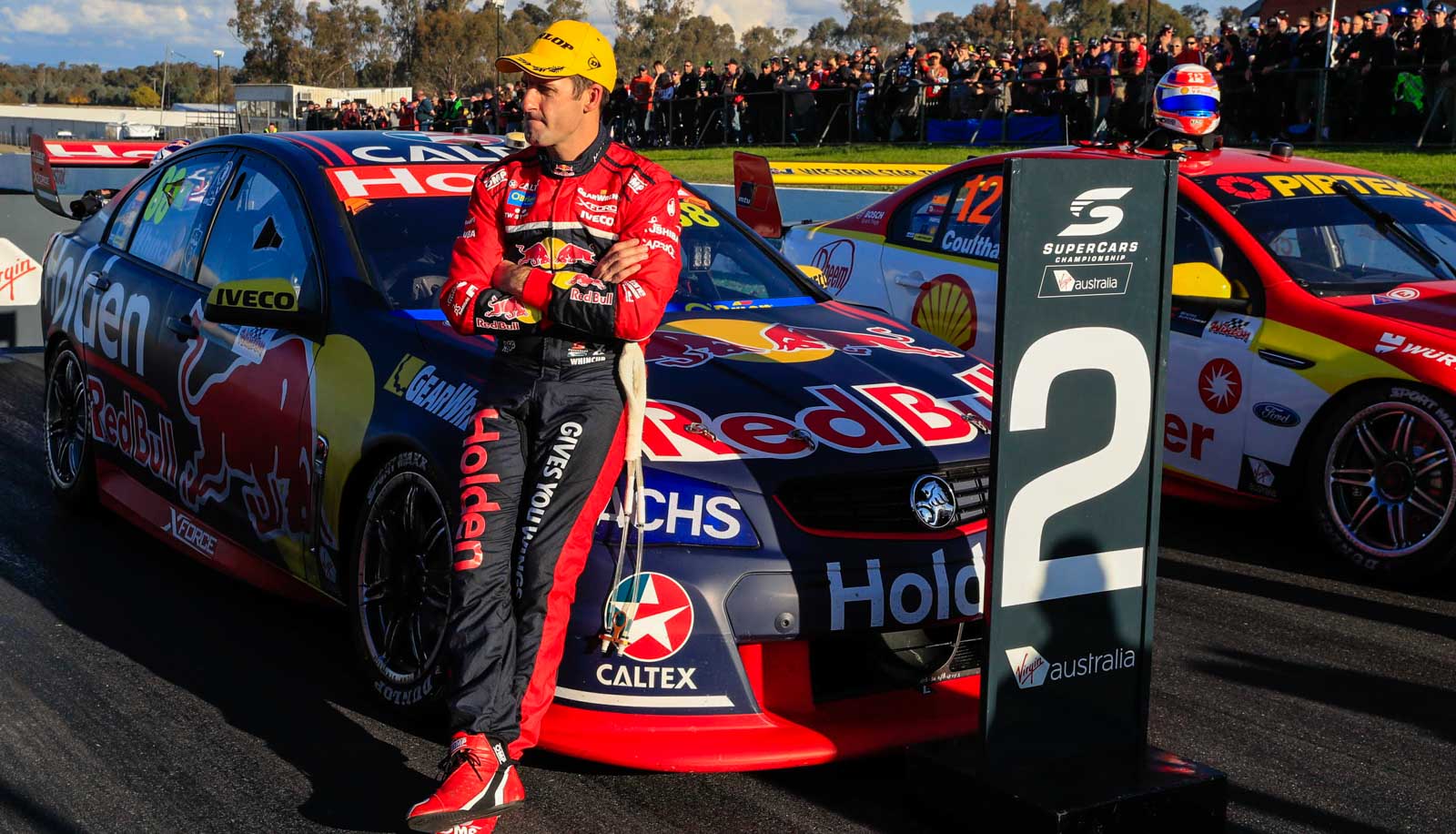 Moving to within four points of the Virgin Australia Supercars Championship lead was little consolation for Jamie Whincup after falling short his first win of the season at the Winton SuperSprint.

Whincup was in the box seat for victory in the 200km Race 10 until making a mistake shortly after a late Safety Car restart, handing the win to Red Bull team-mate Shane van Gisbergen.

Although the result marked a stellar response from Red Bull to the recent dominance of Shell V-Power Racing, Whincup’s latest near-miss sees him remain the only top five driver in points yet to score a win in 2017.

Whincup has been stuck on 104 career wins since last December, one shy of the all-time record held by team-mate Craig Lowndes.

“I’m obviously happy for the team considering our speed deficit at the moment, so to get a one-two, we’ve worked pretty hard for that,” said Whincup of the result.

“But personally I’m pretty gutted. I gave it everything I could to win the race. All I want to do is win a race and I can’t get there.

“It’s good (to score points), but no one really cares where they are in the championship at the moment.

“It’s great being in contention, without doubt, but it’s all about winning races and the boys beside me have all won a few races…  I’m the only loser sitting here without a race win.”

The six-time champion said that there were multiple factors that contributed to his critical error.

“My car was no good when the pressures were low and the temps were down, so I was under pressure straight out of the pits and then I didn’t need that Safety Car,” he explained.

“The Safety Car cooled the tyres and I think a couple of other cars had a spear-off at the last corner the lap before as there was dirt all over the circuit.

“With the car being really loose and all the dirt on the circuit, that was just enough to run a bit wide and lose a couple of spots.”

Coulthard is four points ahead of Whincup after 10 races, with Scott McLaughlin 24 points further adrift in third and fourth-placed Van Gisbergen another nine behind.

Prodrive's Chaz Mostert was the weekend's big loser in the championship battle, falling from 31 to 199 points away from the lead thanks to a mechanical failure on Saturday and starting down the order on Sunday.