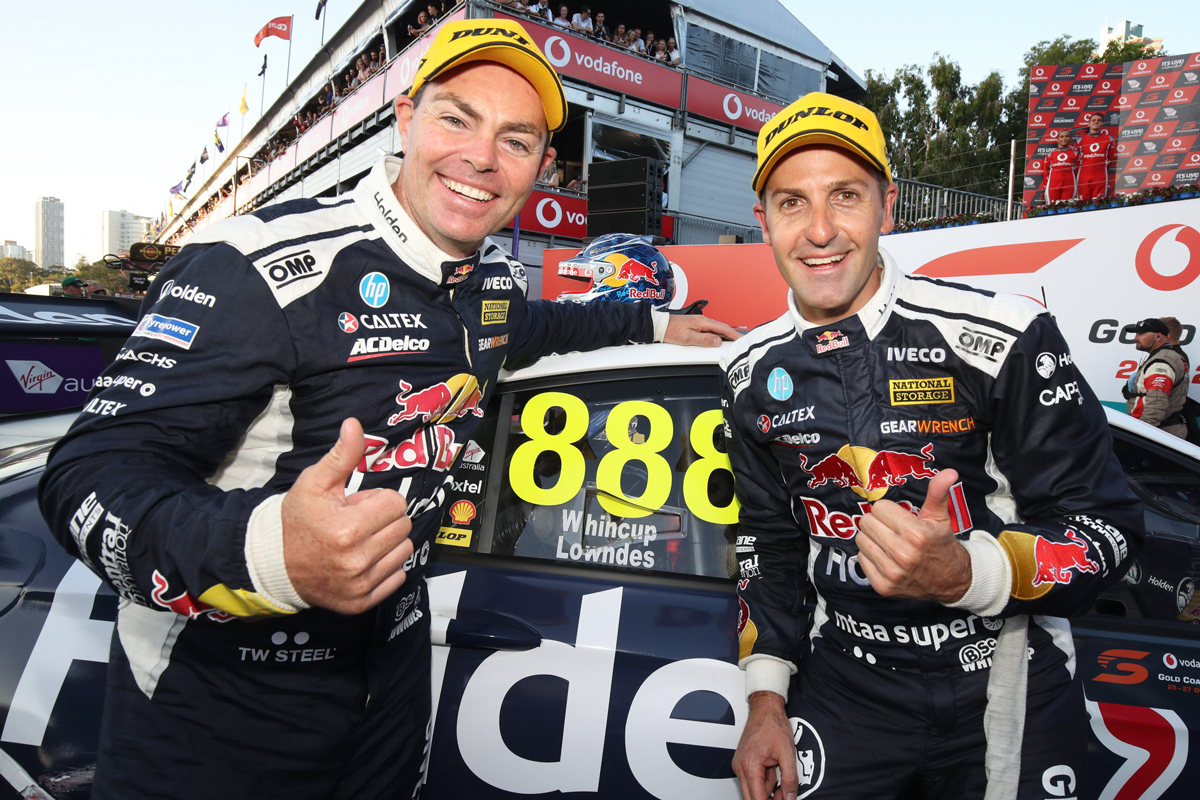 A sensational opening stint from Craig Lowndes has propelled the Red Bull Holden Racing Team to a one-two finish at the Vodafone Gold Coast 600.

Jamie Whincup extended his record number of GC600 race wins to nine with a faultless double stint to the flag after taking the wheel from Lowndes at the end of Lap 34.

Lowndes started on the front-row alongside the polesitting Mustang of Scott McLaughlin/Alex Premat and out-dragged the Frenchman to critically snatch the lead.

The seven-time Bathurst winner then widened his advantage at the front of the field to five seconds by the completion of his compulsory number of laps.

McLaughlin was unable to make a dent into the gap, with the #888 holding a comfortable seven-second advantage into the second pitstop phase.

The Shell V-Power Racing star closed to within three seconds for the start of the final stint – despite running deep at Turn 4 on his outlap – but eventually lost ground.

Having run deeper than their rivals in the first two stints, Shane van Gisbergen capitalised on fresher rubber to grab second from McLaughlin on lap 88 down the pit straight.

That move was made moments before the Safety Car was deployed for the first and only time to clear debris after Garry Jacobson’s muffler fell off and was run over by Jonathon Webb and Nick Percat.

The latter fell out of the top 10 when the muffler shredded his tyre.

When the race resumed, Whincup managed to hold off a hard-charging van Gisbergen by a mere 0.52s to secure the perfect rebound from his latest Bathurst heartbreak.

“CL did an amazing job to get us the lead of the race and a nice buffer,” said Whincup.

“I thought we were in a little bit of trouble there with that late Safety Car, but the car was good, we had pace, I couldn’t be happier.” 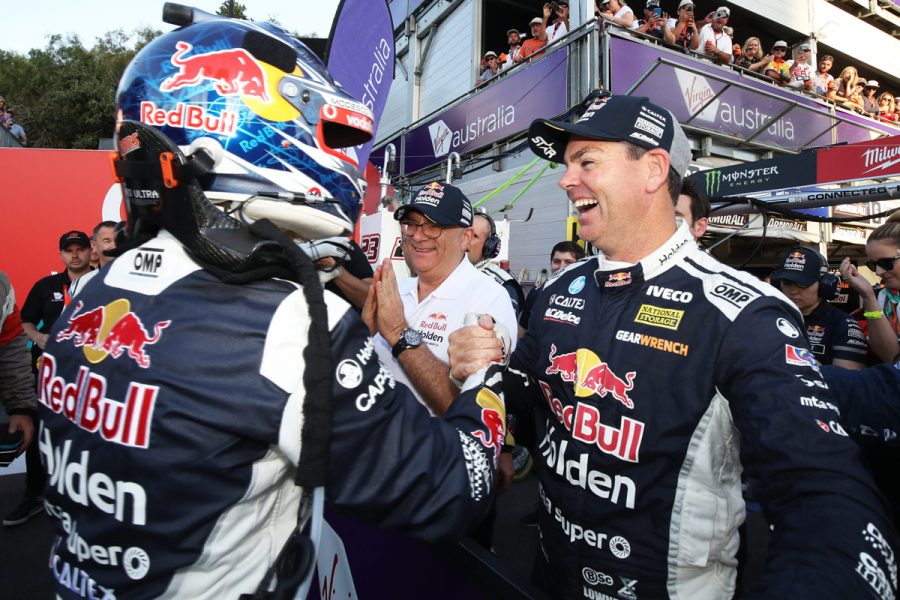 Added van Gisbergen: “We got smoked in quali, we tuned the cars up a little bit, but got some qualifying speed to find.

“I just had mega tyre life, that middle stint was really good… we ran a bit longer and that helped us at the end.

“We had a tyre advantage, but couldn’t use it.”

McLaughlin kept the Cameron Waters/Michael Caruso Mustang behind to make the podium and firm up his chances of sealing the championship on Sunday. 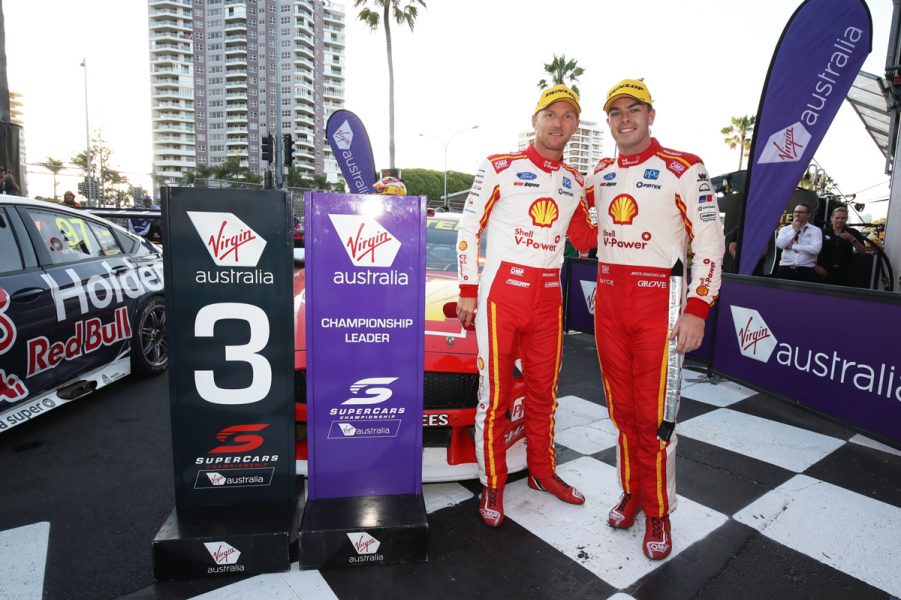 For Slade, that marked his first top 10 finish since Phillip Island in April.

Andre Heimgartner and James Courtney collided late while jostling for eighth, with heavy contact against the concrete forcing the Kiwi out of the race.

Courtney meanwhile was relegated to 12th after copping a drive-through – the second in-race penalty of the day for the #22, Jack Perkins having been slapped with a 15-second sanction for bumping Tony D’Alberto off at Turn 11 on lap 9.

Courtney was the last car on the lead lap, with Tekno Autosports a season-best 13th with Jonathon Webb at the wheel for the bulk of the race.

Anton De Pasquale survived a glance with the wall to be 11th but David Reynolds/Luke Youlden and Richie Stanaway/Chris Pither were not so lucky.

Pither similarly lost time in pitlane for repairs after finding the fence on the exit of Turn 4 following contact with D’Alberto.

Only three primary drivers started the race – Todd Hazelwood, Brodie Kostecki and Jack Le Brocq – with each making up plenty of spots.

The race field was reduced to 24 cars after Chaz Mostert’s heavy shunt in the ARMOR ALL Top 10 Shootout that wrote off the chassis.

Mostert dropped from third to fifth in the championship and could lose another spot tomorrow while still sidelined.

Heimgartner also lost out with his DNF plummeting him to 17th in the standings.

Sunday’s action will begin with 9:55am qualifying before another Top 10 Shootout and 300km race.