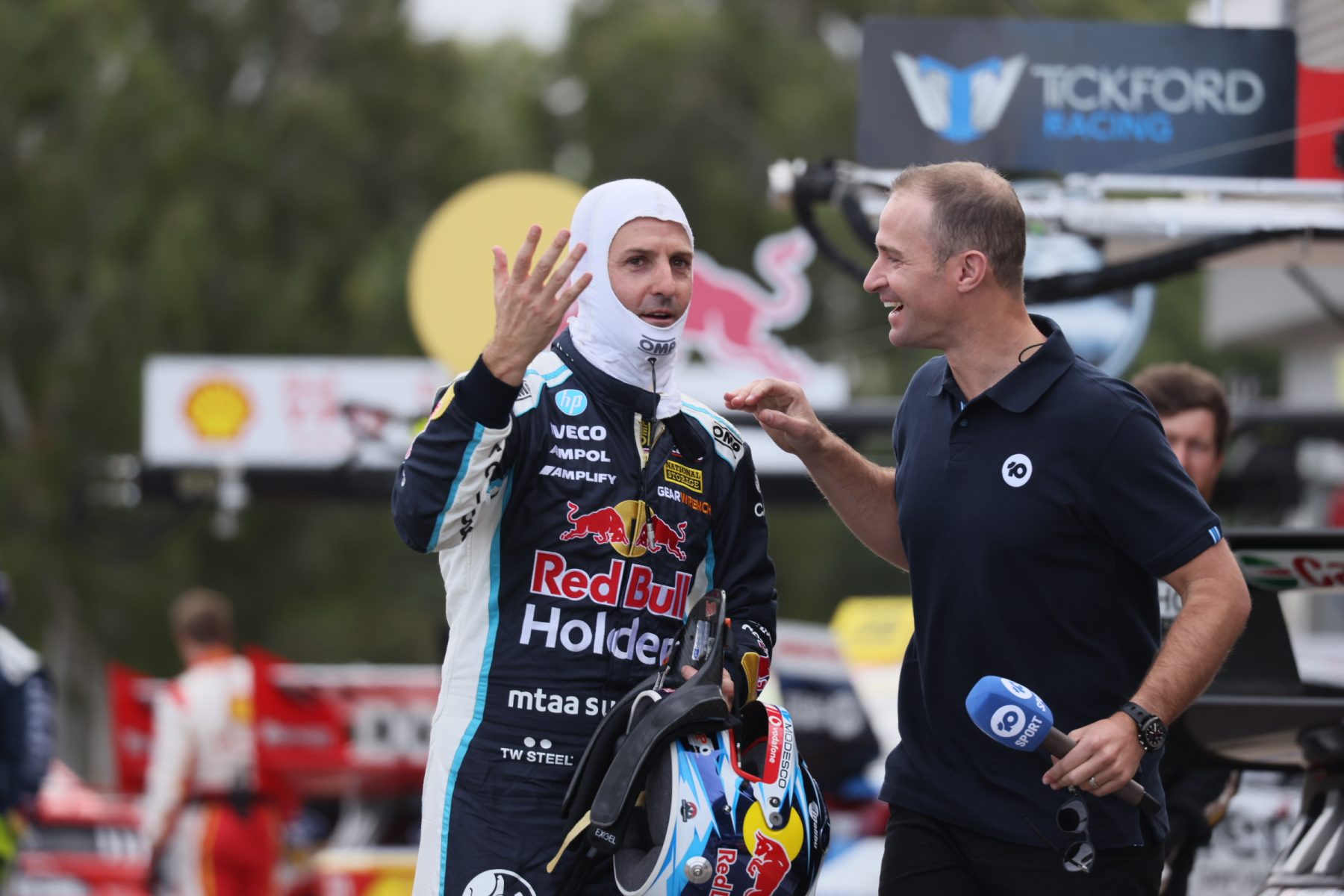 Jamie Whincup has been fined $2,000 for failing to return his car to pitlane after taking victory in the NTI Townsville SuperSprint opener, with that half that figure suspended.

There was confusion post-race as Whincup pushed on past the end of the 39-laps, with a radio communications failure and not having seen the chequered flag.

He ultimately passed the chequered flag twice and then parked the Red Bull Holden Racing Team #88 on the front straight, climbing over the pit wall to join podium celebrations.

A stewards report has confirmed a subsequent sanction for the seven-time champion.

The End of Race Procedures are issued to all teams and drivers before each event, often differing from track to track.

Whincup explained that his radio had cut out from about lap 15 in the race, the cause of which is to be investigated by the team.

“I was sort of flying blind all the way to the end there,” he said.

“And then on what was the last lap, the flag marshal, he had the flag in his hand and he was having a chat to his mate and the flag never came out and I had no comms to say it was the end of the race.

“The only thing that was in my head was my father saying keep racing until you see the chequered flag.

“Anyway, finally got the chequered flag the next lap, which was apparently lap 40, a lap too many, and then I still had no comms so I just took a bit of a guess.

“I remember the [podium] procedure changing, I remember [the first] Darwin we were in pitlane, there was a bit of an uproar about COVID and whatnot so they changed it to out on the track away from as many people as possible, so that was in my head.

“I thought it must be on the grid again, that’s the norm, but they decided to change it back to in pitlane.”

Whincup noted he and the team will debrief the situation to better handle such a scenario in future.

“That’s the disappointing thing, we didn’t realise, well [engineer David] Cauchi didn’t realise until I was basically going flat out on the lap after the finish that I didn’t have comms,” he said.

“We should have picked that up much earlier, like we’d done 25 laps or so without comms.

“So that’s the disappointing bit, that’s what we will debrief tonight to make sure we do a better job of that tomorrow.”

With his Race 19 win, Whincup closed to within 141 points of series leader Scott McLaughlin.