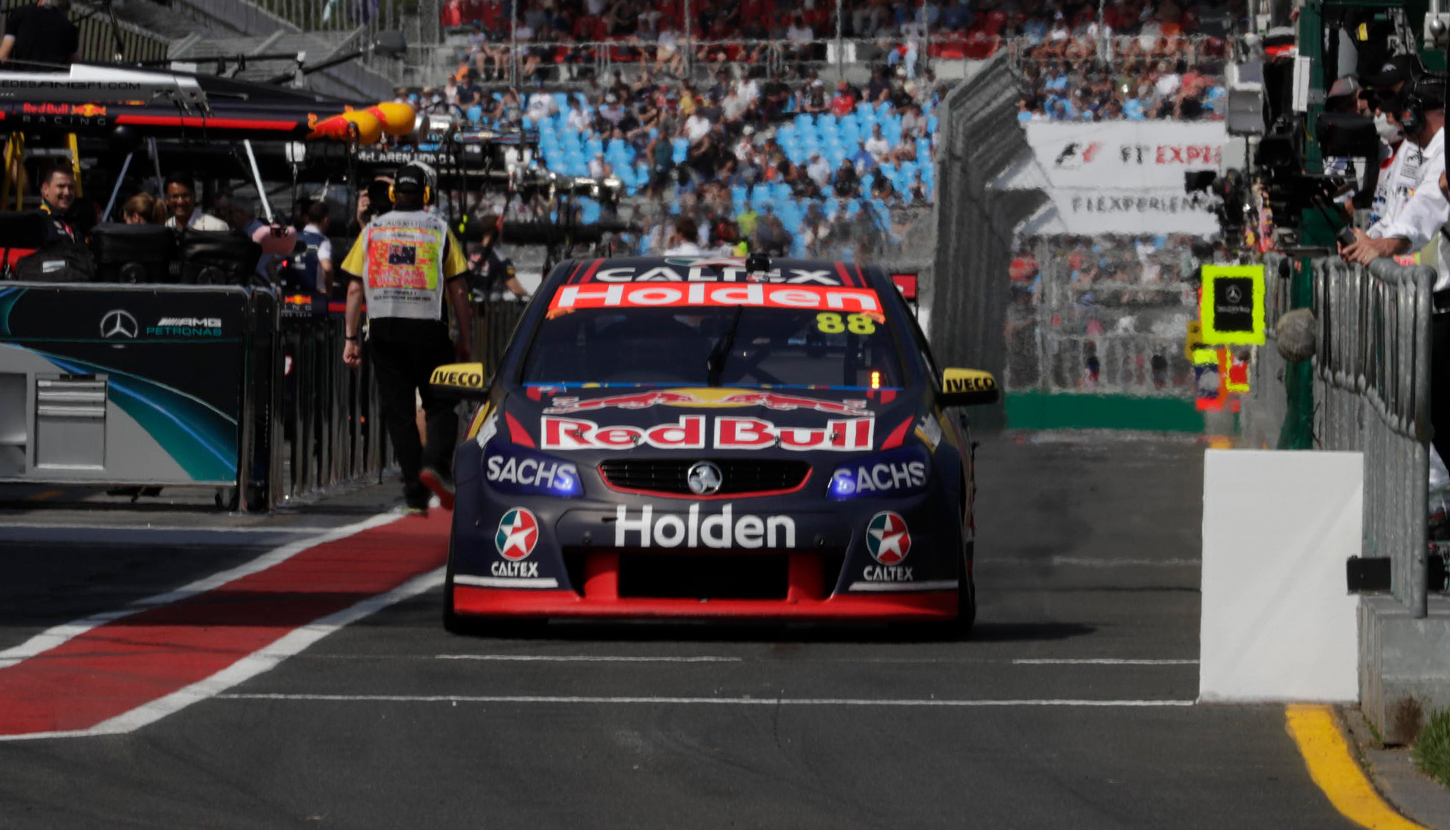 Jamie Whincup says his Red Bull team ‘should have done a better job’ dealing with a broken brake bias cable that cost victory in the Coates Hire Supercars Challenge.

The six-time champion only briefly inherited the lead before sliding off and handing the front-running to eventual race winner Chaz Mostert.

Running second meant Whincup was still on course to win the weekend before suffering a left-rear blowout with just three laps remaining.

Whincup later revealed that a broken brake bias cable discovered before the start of the race rendered his Holden almost undriveable and led to the eventual failure.

“The brake bias cable broke and we couldn’t fix it before the start,” Whincup explained to Supercars.com.

“From the second lap it started winding itself back so I ended up with full rear brakes. I had no front whatsoever.

“I was braking 50 or 70 metres early everywhere just locking the rears.

“I was locked up everywhere try to keep a competitive pace but the rear tyre pressures went through the roof and eventually it just blew the tyre out.

“It is a really disappointing end. It was all self-inflicted, we should have done a better job dealing with the issue in the first place.

“We cost ourselves the win this weekend." 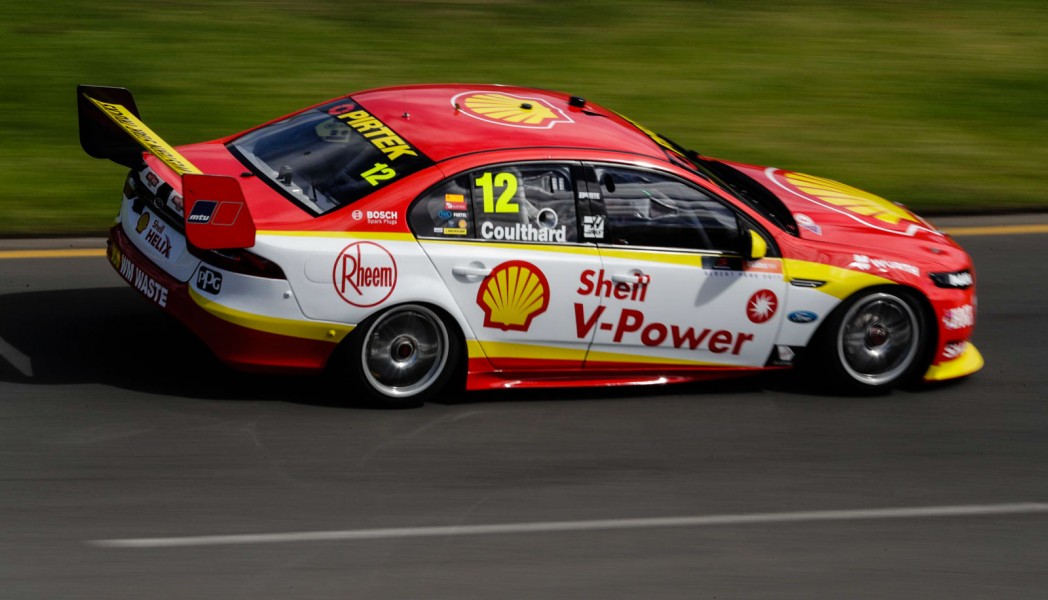 Coulthard’s left-front tyre failure was meanwhile thought to be the result of an aggressive set-up on his Shell V-Power Racing Team Falcon.

The #12 Falcon had beaten Whincup off the start and controlled the opening laps of the race before his tyre suddenly lost pressure.

While Whincup’s subsequent failure allowed Coulthard to salvage the overall win, the Kiwi said he was disappointed not to be able to give the team a clean sweep of all four races.

“I was just managing the gap to Jamie and could see Chaz ranging up onto the back of him,” Coulthard reflected.

“When I went into turn six I hit the brake pedal and had the left-front blow.

“There was absolutely no warning and at the time I was pretty gutted.

“They boys had worked very hard all weekend and we didn’t want to end it like that.

“Jamie having a similar issue obviously brought us back into the picture, but it would have been nice to finish off with a win today.”