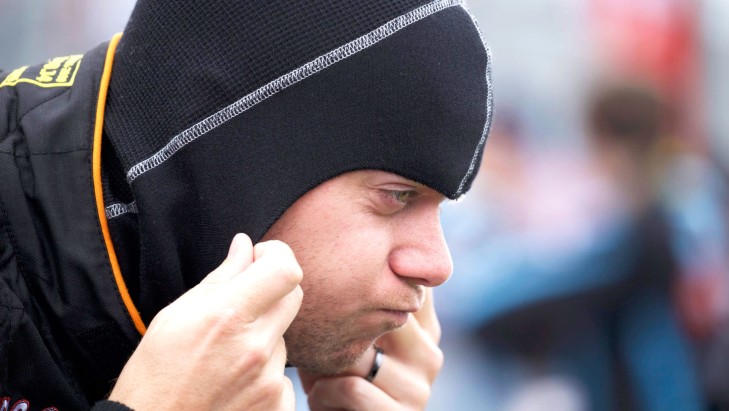 Jonathon Webb has bravely driven through illness to set up victory for the Team Darrell Lea STIX in today's opening 300km race at the Castrol Gold Coast 600.

Suffering from a severe stomach bug that left him weak and vomiting, the Tekno Autosports team owner drove the opening 35-lap stint of the race and set up a strong lead for Shane van Gisbergen.

And instead of celebrating victory he headed for home and a long sleep from which he hoped to wake refreshed and healthy.

"The family has had a tummy bag this week so I have been sleeping in other rooms and washing my hands 100 times, but I woke up this morning feeling terrible," he told v8supercars.com.au post-race.

"So I haven't been to eat anything all day, just slowly been sipping away at water and a couple of pills from the doctor to try and keep me together."

Webb managed to avoid throwing up during his stint after taking ant-nausea medication.

"I could feel I was a little bit rumbly which had me a bit worried, but thankfully I hung together and the fact I only had to do 35 laps was good.

"There was definitely potential depending on how safety cars and things like that fell that I might have to do more than half the race and I was definitely a bit nervous about that.

"But thankfully it all went to plan for us. I got out, had a lead and now I am looking forward to going home and going to bed.

"There is not a whole lot more I can do; just keep drinking water, hopefully sleep well and fingers crossed whatever it is I eat tomorrow stays down."