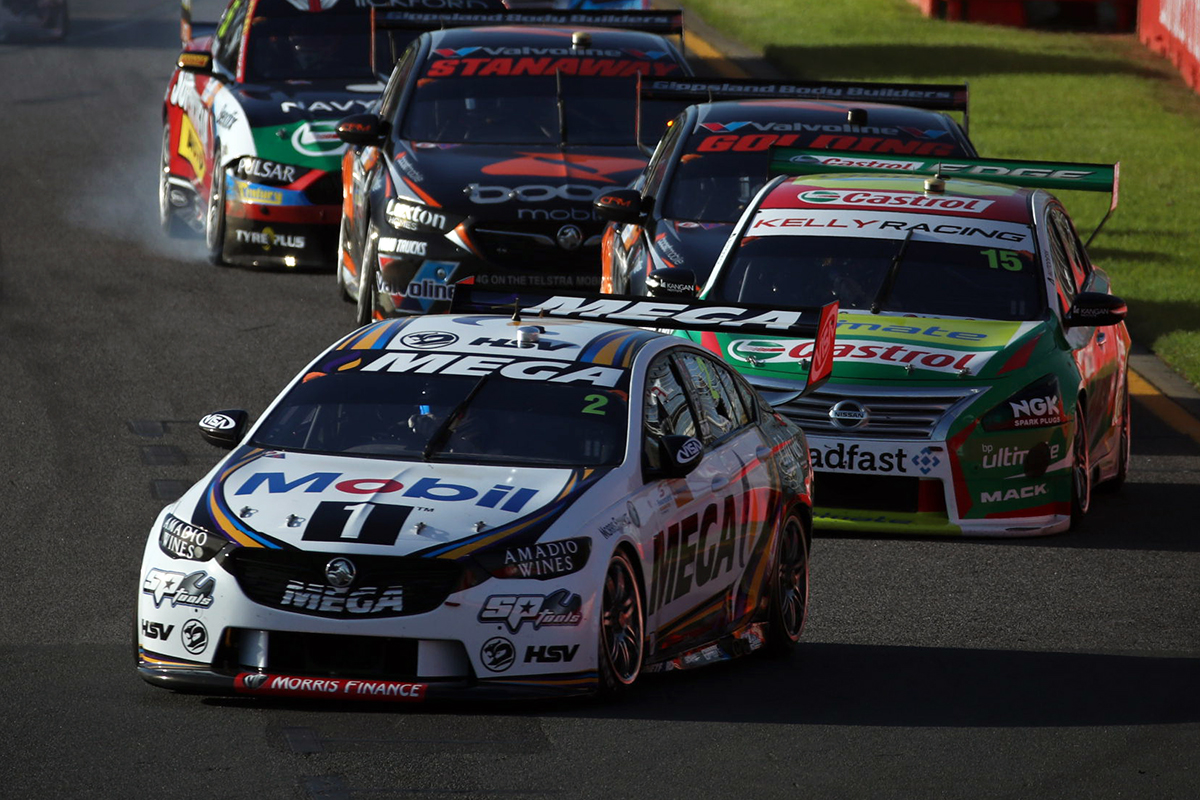 Mobil 1 MEGA Racing and Rick Kelly have been handed penalties for incidents in pitlane during the opening leg of the Beaurepaires Melbourne 400.

The Holden squad has been fined and lost teams' championship points, while Kelly received a time penalty applied to race results.

A tyre from Scott Pye's Walkinshaw Andretti United Commodore bounced into the path of Nick Percat's Holden during pitstops on lap 10.

It was collected by Percat as he left his pitbay, one spot behind, with WAU fined $3,000 and docked 30 teams' championship points for failing to control the wheel.

A clash between Pye and Percat at Turn 15 later in the race was reviewed but not referred to the stewards, the pair ultimately finishing 13th and 14th.

Kelly crossed the line in 16th in his Castrol Nissan, but stewards reviewed his release from the Kelly Racing pitbay into the path of James Golding's Commodore.

Judicial footage and an admission by the team of the breach led to Kelly receiving a 43-second time penalty, dropping him to 22nd.