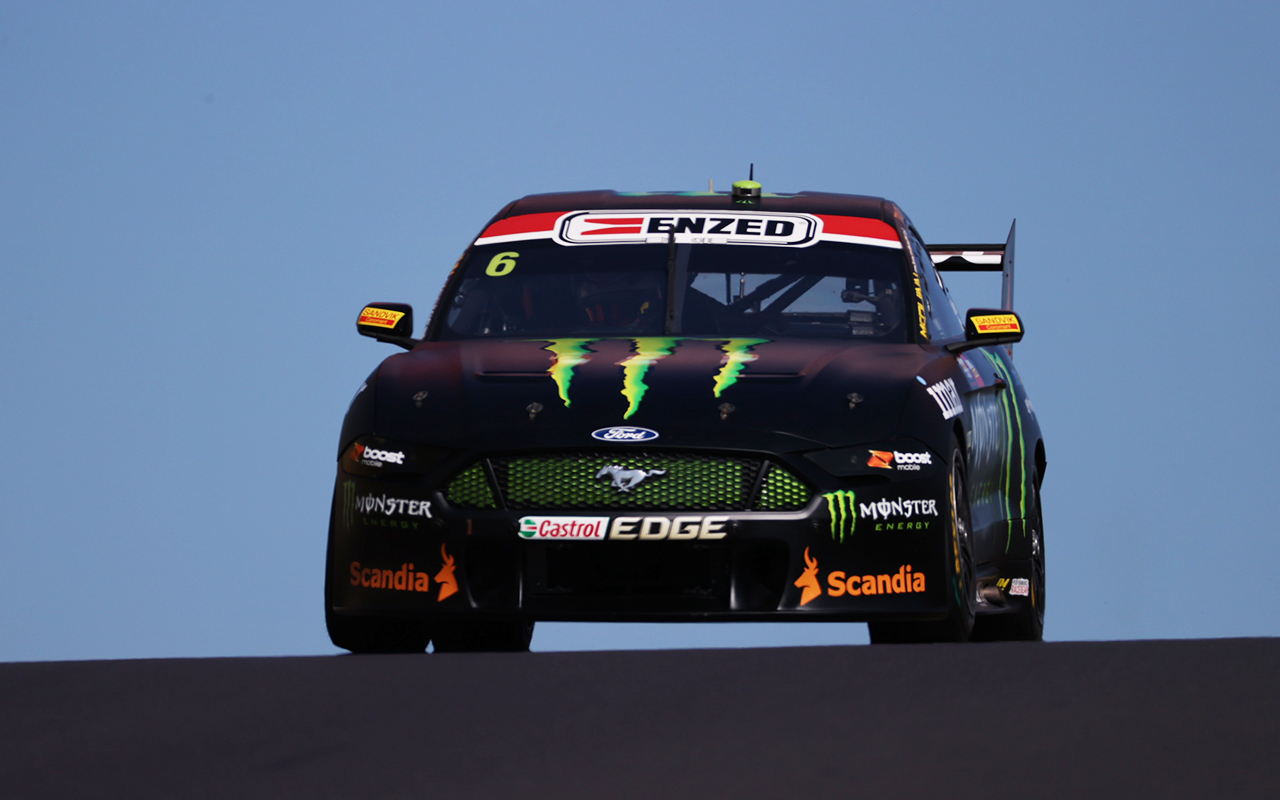 Cameron Waters has added substance to his billing as a pre-race favourite by topping opening practice at the Supercheap Auto Bathurst 1000.

While Waters was among a flurry of late improvers, the biggest moment of the session was an incident between Shane van Gisbergen and the Shell V-Power Racing #17 Ford shared by Scott McLaughlin and Tim Slade.

Slade had just jumped in, with McLaughlin then atop the timesheets, when he and van Gisbergen made contact at Forrest’s Elbow.

The result was a spin for Slade, while van Gisbergen suffered some suspected minor steering damage.

“It was a bit of an awkward one,” van Gisbergen said.

“I could see he was pretty slow. I was on a lap but bailed out, gave him some space and just waiting for him down the hill.

“And then as we got to the Elbow I made my intention clear to pass him down the inside, he went wide, saw me and he just came across and I went ‘shit’.

“I got into the brakes to try and pull out of it but couldn’t.

“It’s all good, he was just trying to do laps to get going. He was super-slow and I thought he’d seen me and obviously he hadn’t.

“I feel for these co-drivers, they haven’t done many laps and it’s going to be tough for them. It sucks for us to lose track time, we were working through a good program.”

Slade added: “I’d just jumped in the car, we obviously haven’t done any real miles this year so everything feels very foreign.

“I wasn’t even looking in the rear-view mirror so my bad. It’s just lucky there was no damage and we managed to press on and get some laps at the end of the session."

It was an otherwise straightforward session as drivers reacquainted themselves with the revered Mount Panorama circuit.

David Reynolds set the fastest of the morning’s first flying laps with a 2:07.8684.

That mark had been lowered to a 2:05.8715 by the midway point of the hour session, with McLaughlin responsible for that time.

That remained good enough for first until the final couple of minutes as Lee Holdsworth, Jamie Whincup and finally Waters each enjoyed time at the top.

“It’s a good start. The car was pretty good, I wasn’t 100 percent happy with it but it’s good to start the weekend P1 and have a straight car,” Waters said.

“We’re still trying to make the car do what it needs to do. Everyone is talking us up but I like playing it down a little bit. We’ll just stick to our plan.”

Waters’ time of a 2:05.0233 put him more than two tenths clear, with Whincup his nearest rival.

It was still however a fair way off the 2:04.6744 lap that Whincup posted in Practice 1 of the 2019 event, with drivers reporting a green track.

“It’s actually a little bit scary out there, the track is a bit green so it’s not very forgiving at the moment,” said Chaz Mostert, who ended up 14th.

“We’re driving around at nine tenths and trying to work on our race car today, that’s the main focus.”

Every car back to Mark Winterbottom in 11th snuck under the 2:06 barrier.

Van Gisbergen was just 20th after his incident, three places behind Fabian Coulthard.

Garry Rogers Motorsport wildcard Tyler Everingham logged more laps than any other driver with 21. He was 25th and last in what was still a solid start to the rookie’s weekend.

A number of co-drivers scored some time behind the wheel before their dedicated session in Practice 2 starting 12:45pm local time.