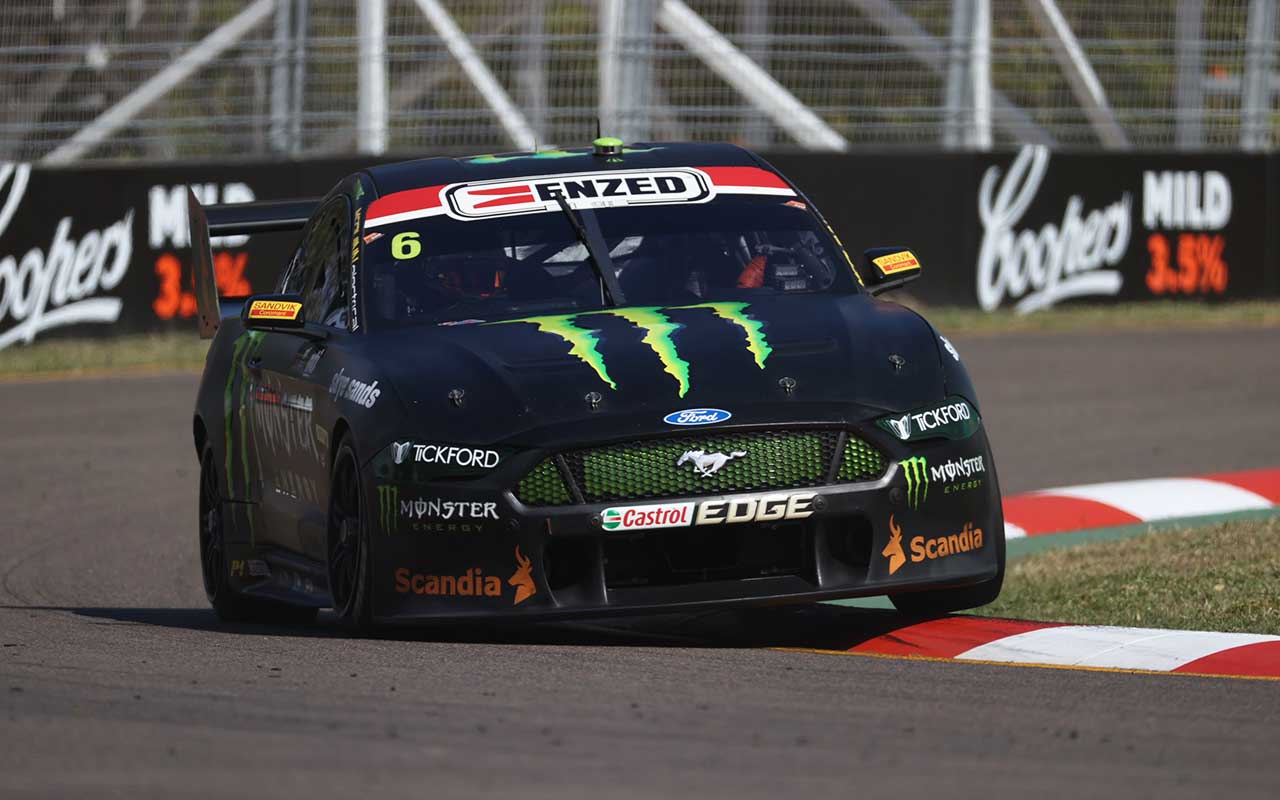 Cameron Waters has bounced back from a disastrous end to the Darwin double-header, by topping opening practice at the NTI Townsville SuperSprint.

The Tickford Racing star dropped to sixth in the championship after a clash with Jamie Whincup put him out of the Hidden Valley finale.

Waters was the first into the 1:12s bracket early in the opening 30-minute Townsville session, before David Reynolds went 0.0013s quicker with seven minutes left.

That stood until a range of drivers ran a second set of tyres in the closing stages – Whincup briefly going fastest before Waters’ final 1:12.5033s.

“We’ve rolled out a little bit different to what we had in Darwin, more towards our street circuit car,” said Waters.

“It’s nice when you bolt it in and it works, it’s pretty close. That’s promising. It’s still not perfect and it’s only Practice 1, so the track is still coming up and all of that.

“Qualifying is going to be everything around here, more so than ever and my car has been really good over the last few races."

Shell V-Power Racing pair Fabian Coulthard and Scott McLaughlin were 21st and 22nd, with the latter having concentrated on a long run at the high degradation venue.

On top of a typically dirty track for the start of a weekend on a street circuit, drivers noted the impact of the wind and changes around the venue for this year.

“Not having the grandstands and stuff, there’s a lot more wind coming across the track. That’s definitely different to normal,” explained Zane Goddard.

“It’s quite weird going around, it’s all barren outside the actual track extremities. It’s a bit different, but it’s good we have some fans here.”

A second full-field practice session will take place ahead of ARMOR ALL Qualifying and the afternoon’s opening race.