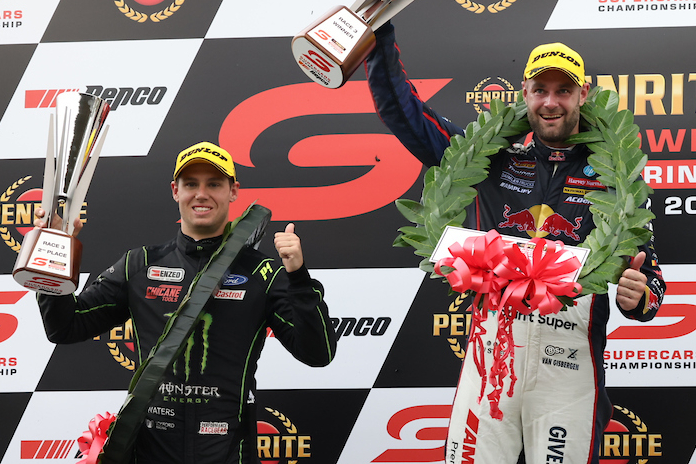 Tickford Racing’s Cameron Waters has praised the Race 3 performance of Shane van Gisbergen, admitting "you can never write off" the championship-leading Kiwi.

Van Gisbergen defied the odds and overcame the pain from his broken collarbone to win Race 3 at the Penrite Oil Sandown SuperSprint.

The Red Bull Ampol Racing driver stole the win from Waters with less than a lap to go.

Starting from the front row of the grid, Waters took on pole-sitter Chaz Mostert for the lead, while fending off challenges from Jamie Whincup throughout the race.

However, the 2020 series runner-up was unable to keep van Gisbergen at bay.

It marked another chapter in the growing van Gisbergen-Waters rivalry following their Race 2 battle at Mount Panorama three weeks ago. 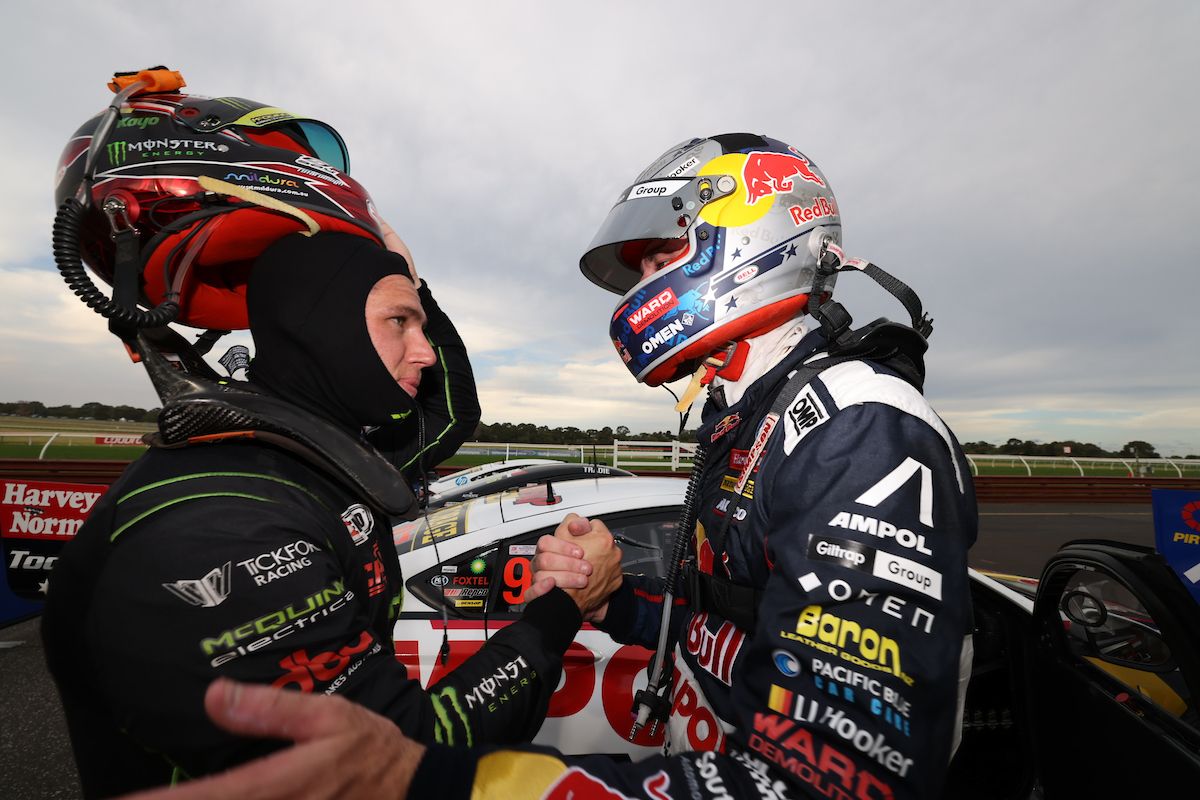 Speaking after the race, the Tickford driver was quick to admire his rival's fighting spirit, although lamented not getting past Mostert earlier in the race.

“I saw Chaz' tyres were hurting, but every time I got close to Chazzie, J-Dub decided he wanted to have a crack at me,” said Waters, who was embroiled in the late-race stoush.

"Those four laps are what got Shane back in the race.

“Massive kudos to Shane, for what he has just achieved, with his shoulder and everything, massive respect.

“You can’t write him off ever, can you.”

Now sitting fifth in the championship, Waters has had three front row starts and two second placings after the first three races of the season.

He is nine points adrift of Whincup and 36 points behind third-placed Mark Winterbottom..