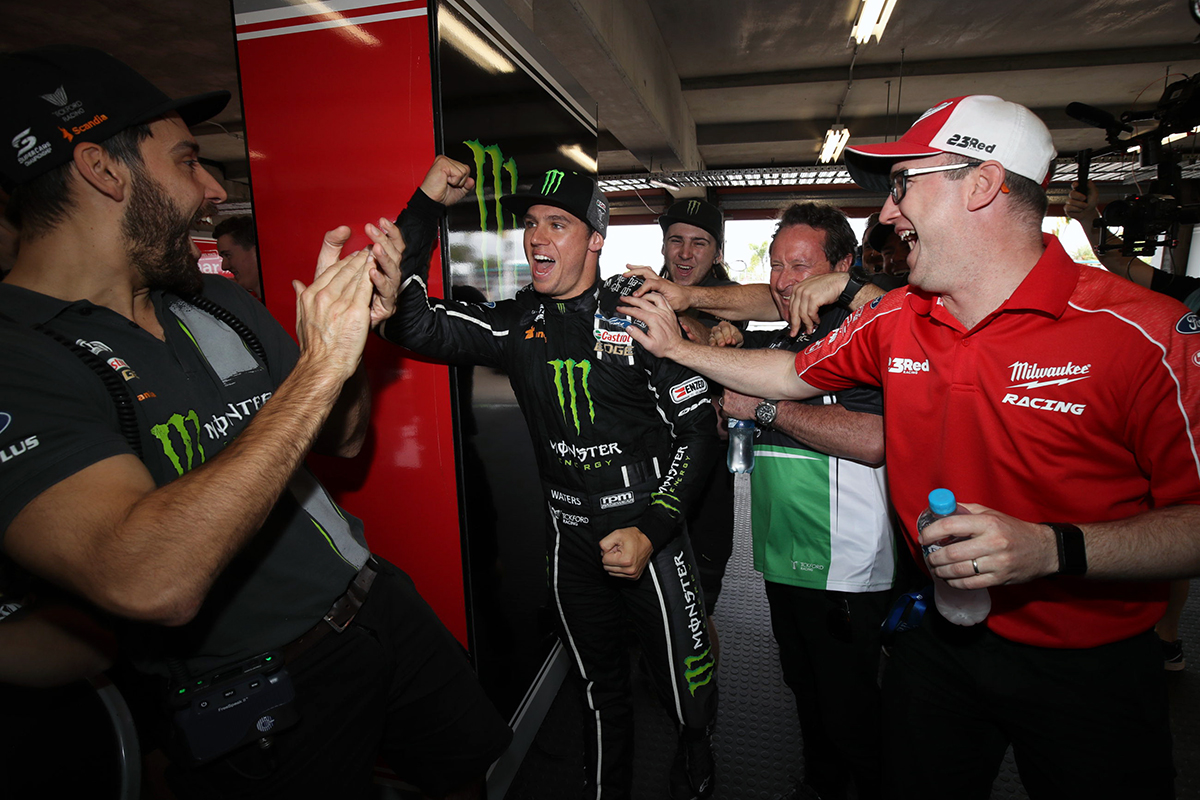 It is a fourth Supercars pole for the Monster Mustang driver, and first since 2017.

His effort withstood all challengers, including last-man out McLaughlin, who fell just short.

“All the boys were in my ear during the [McLaughlin] lap and I told them to shut up, don’t jinx it!” Waters, who finished 21st on Saturday after a penalty, said.

“I’m absolutely pumped to get pole. Yesterday was a day to forget, we turned the car on its head for today and it’s really, really good.

“It was a good lap, there was a little bit in it at Turn 3 but the rest of the lap was pretty clean.

“These Top 10 Shootouts are all about getting a clean lap and it was good enough.”

McLaughlin is chasing a seventh-straight Supercars race win, while a Mustang victory would secure the 2019 manufacturers' crown for Ford.

Holden pair David Reynolds and Todd Hazelwood will share the second row of the grid, fourth a career-best for the latter.

“I was watching the times before and could see the track wasn’t as fast as what it was in qualifying,” Hazelwood said.

“Waters put a really nice lap in and I thought if I could just put a nice lap together it’d look after itself.”

Coulthard wound up fifth, for his 400th career race, ahead of Shane van Gisbergen and Anton De Pasquale.

Lee Holdsworth and Tim Slade took eighth and ninth, while James Courtney gave the Turn 3 wall a brush on his way to 10th.

Beyond the top 10, Saturday podium finishers Jamie Whincup and Chaz Mostert will be 12th and 16th on the grid.