In a reverse of Saturday's top two places, van Gisbergen claimed his fourth victory of the campaign by 2.3513 seconds.

McLaughlin had to settle for second, the polesitter leading the middle phase of the race before van Gisbergen prevailed.

The weekend's results mean McLaughlin leaves with an unchanged 131-point lead over van Gisbergen, after 20 of this year's 31 races.

Chaz Mostert grabbed the final podium place, his first of the campaign, withstanding a late challenge from Jamie Whincup. 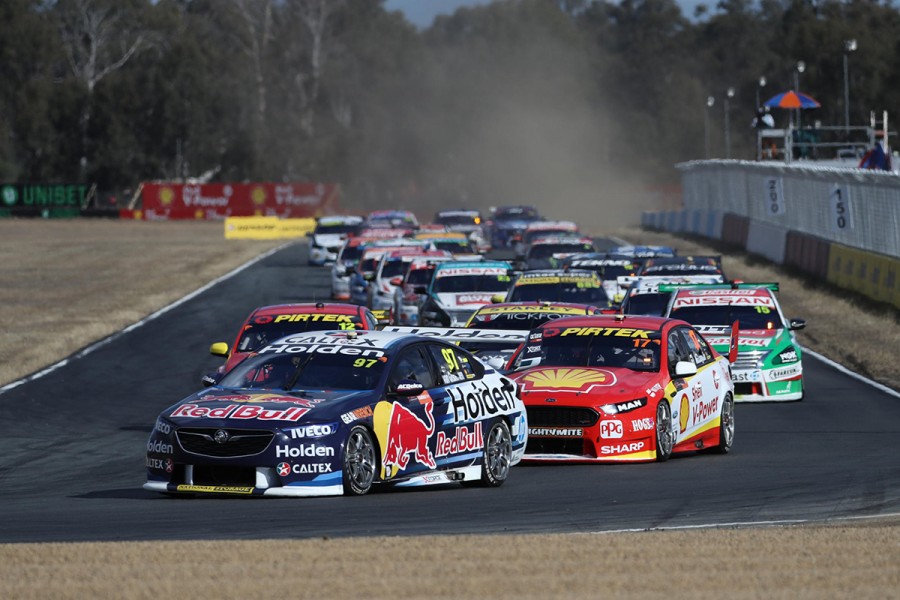 He could not gap from the field initially, though, with McLaughlin and Mostert opting to pit on lap 10 from second and third for clean air.

Having stayed out for another 10 laps as most of those behind him pitted, van Gisbergen cleared out to lead team-mate Whincup by four seconds.

McLaughlin, Mostert and Fabian Coulthard all jumped van Gisbergen through the first round of stops, the lead duo running in close company. 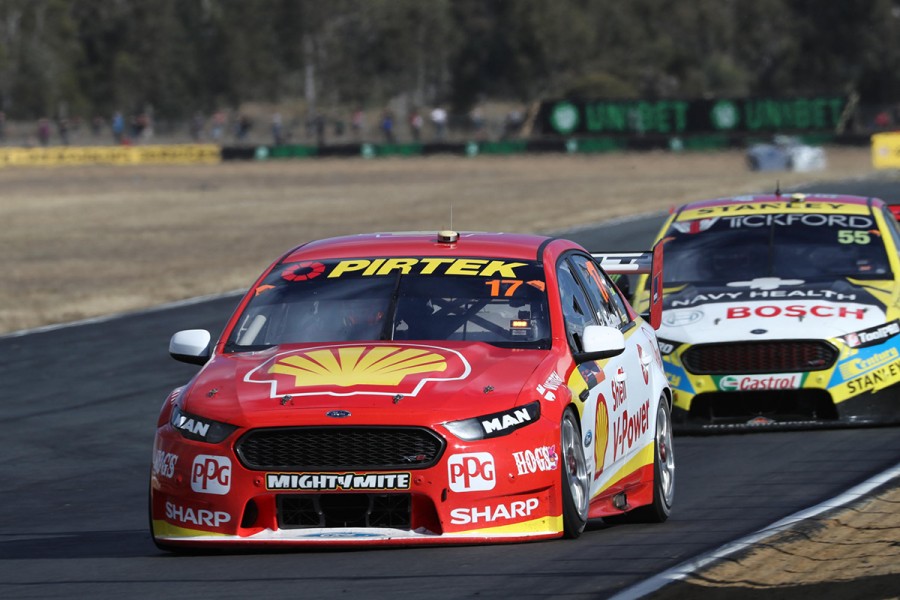 Van Gisbergen got pack past Coulthard early in the second stint and trimmed a five-second deficit to McLaughlin, who in turn started to edge away from Mostert.

Eight laps later, on lap 32, van Gisbergen made a move past the Tickford Falcon into second, and sat 3.2s behind McLaughlin.

The Shell Ford and Red Bull Holden pitted within two laps, on laps 35 and 37, the former crew forcing the latter's hand.

Van Gisbergen needed less fuel and duly turned a 2.7s deficit into a 1.5s advantage, with 28 laps left and Mostert another second behind.

Entering the final 20 laps, the top three had closed up to be covered by 1.5s.

The gap ebbed and flowed, but with 10 laps to go it was essentially down to a battle of two; McLaughlin right behind van Gisbergen and dropping Mostert.

McLaughlin got within three tenths but van Gisbergen responded, pulling away on the run home. 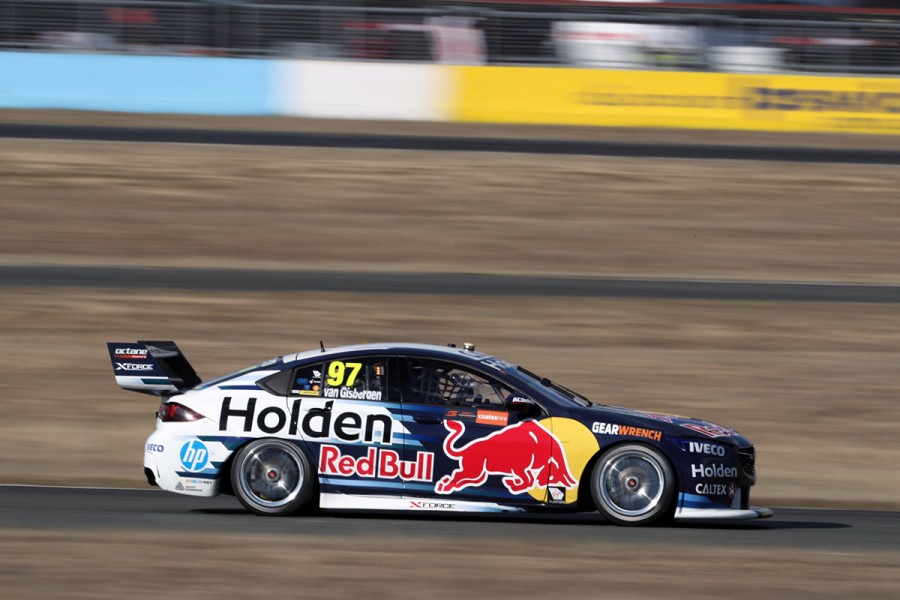 Having gone four months and 15 races without a win this year, van Gisbergen has claimed two of the last three.

"It’s awesome. I had a good battle with Scotty, he got up to me at the end, but what a day,” he said.

“The car was awesome, thanks to the team. I’m pretty stoked with that.”

“Congratulations to Shane, he was too good,” he said.

“We had a good little tussle there in the middle, but at the end of the day they were just fast.”

Whincup had a relatively lonely race for the most part, running long in the first stint and then jumping Coulthard through the pitstop cycles.

As Mostert's tyres faded, though, Whincup arrowed in on the Supercheap Auto Falcon in the closing laps.

Mostert had just enough left to win a drag race out of the final corner and hang onto third. 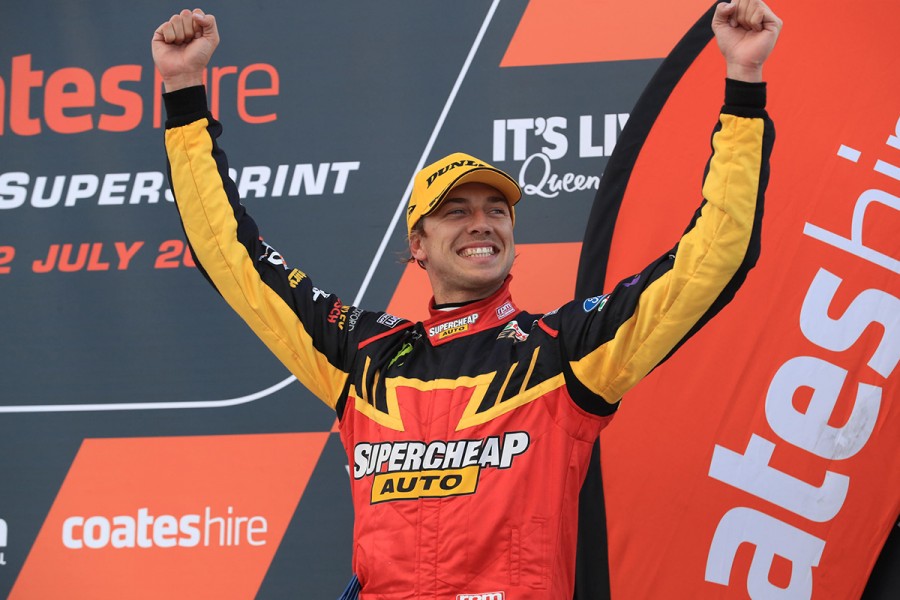 “It feels like I’ve won the race. It’s been a really tough year. To get a trophy at least gets the monkey off the back,” Mostert said.

“You kind of take it for granted when you get up here a few times, so when you go through a bit of a slump it feels like your first podium.”

Coulthard finished fifth, like Mostert kept busy in the closing stages by drivers on fresher rubber.

He kept Tim Slade and David Reynolds at bay, Slade the big mover in his Freightliner Commodore to come from 19th on the grid to sixth.

Slade and Reynolds both accounted for Craig Lowndes in the final stint.

Jack Le Brocq was the first rookie home in 10th, having been in the thick of the pack with Kelly ahead and Garth Tander behind.

Tander lost a handful of places while battling Reynolds with fresh rubber, with 20 laps to go.

Walkinshaw team-mates Scott Pye and James Courtney made contact at Turn 4 on the opening lap, with Courtney then spinning Mark Winterbottom.

The incident will be investigated post-race, with Winterbottom losing four laps and Courtney 16.

Wildcard runner Kurt Kostecki was handed a 15-second penalty for spinning Tim Blanchard at Turn 6 during the second stint.

Kostecki crossed the line 23rd, one spot behind Blanchard.

Nick Percat started down the order in 25th after a starter-motor failure in qualifying, and finished there.

He picked up a left-front puncture on lap two in a clash with Anton De Pasquale and went off at Turn 1 on lap three, losing nearly two laps.