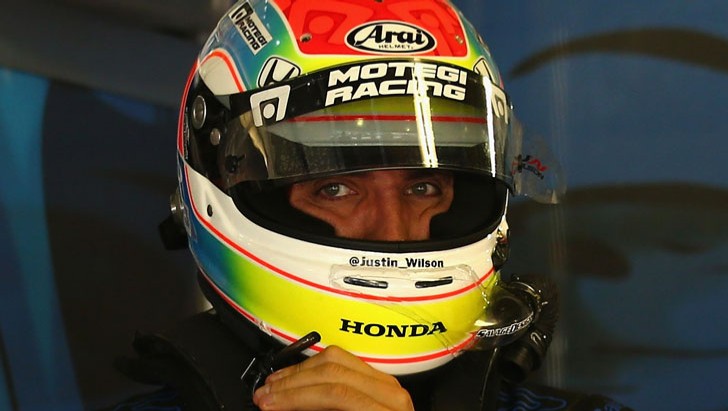 The V8 Supercars community has paid its respects to IndyCar driverJustin Wilson after his tragic passing.

Wilson suffered fatal head injuries during a race at Pocono Raceway, after being struck by debris from race leader Sage Karam's IndyCar.

V8 Supercars CEO James Warburton said: "It is a tragedy when any driver loses his life. Justin competed with Greg Murphy in V8 Supercars in 2012 and all our thoughts are with his family and his many friends right across the sport."

Wilson raced a V8 Supercar at the Gold Coast 600 in 2012, pairing up with Greg Murphy at Kelly Racing. The pair finished 13th and 20th in the two races.

IndyCar CEO Mark Miles described it as a monumentally sad day for the motorsport community.

"Justin's elite ability to drive a race car was matched by his unwavering kindness, character and humility - which is what made him one of the most respected members of the paddock," Miles said.

"As we know, the racing industry is one big family, and our efforts moving forward will be focused on rallying around Justin's family to ensure they get the support they need during this unbelievably difficult time."

Many members of the V8 Supercars community took to Twitter to pay their respects: