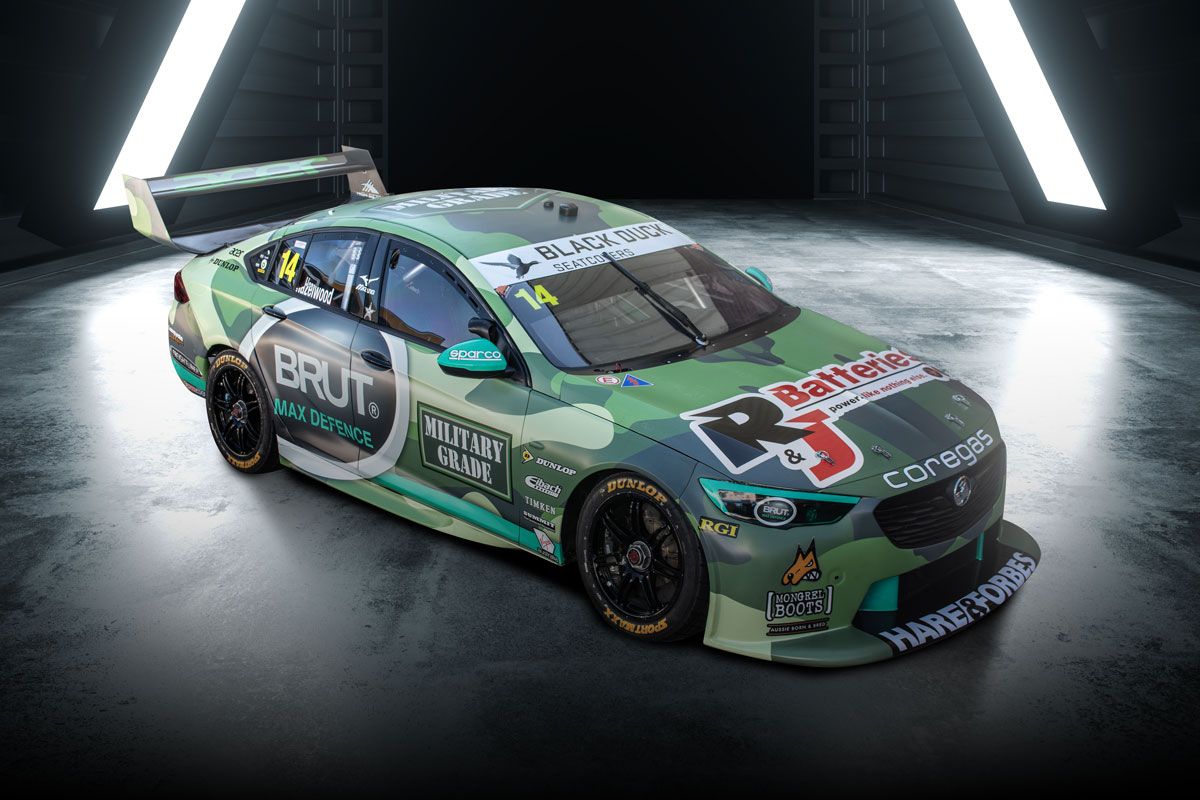 The #14 Holden debuted a Brut Military Grade livery in the flesh last month at the BP Ultimate Sydney SuperSprint, with headline results of fifth in qualifying and eighth in the race for the third and final leg of the event.

This time around at Sydney Motorsport Park, the branding of R&J Batteries and Black Duck SeatCovers will appear in conjunction with the Brut camouflage colours.

“I’m so pumped to have another round at SMSP and very thankful for the support from our new team sponsors, R&J Batteries and Black Duck on the #14 Commodore,” Hazelwood said.

“We narrowly missed out on a podium last round so I’m excited to put in another strong performance this weekend.

“The Supercars under lights are just something else and I’m really looking forward to the twilight race, plus having fans back on track too, it’s going to make for an epic weekend of racing.” 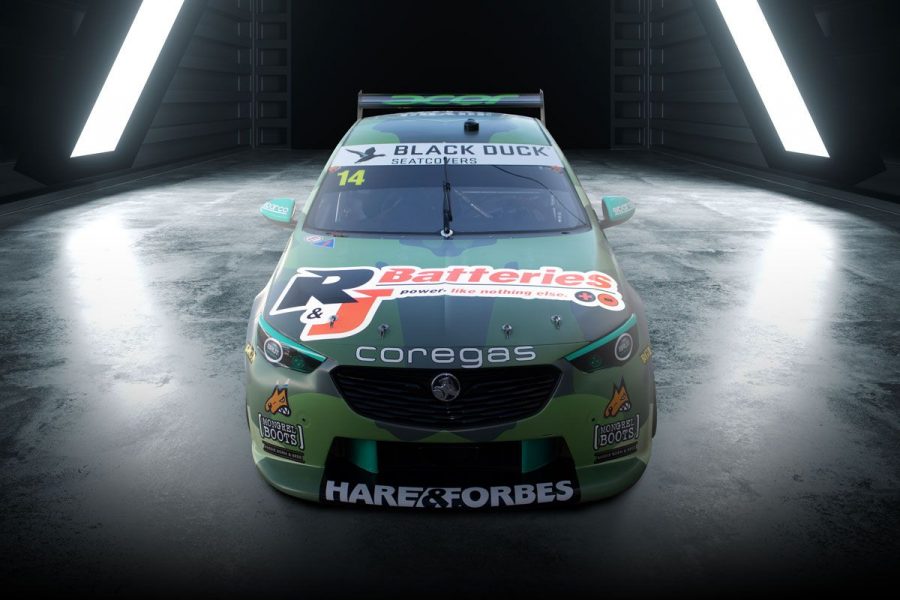 “I’m excited about being involved with the Virgin Australia Supercars Championship with Brad and the team at BJR.

“Delivering an outstanding service each and every time is the key to our business, just like the expectation BJR has each time they’re on track.

“Just like BJR I am proud that our business is located in a regional area. I’m excited that R&J Batteries can play a small part in helping Brad and the whole team achieve yet more success on the racetrack.”

Hazelwood is 11th in the overall standings – the second highest of the four BJR entries.