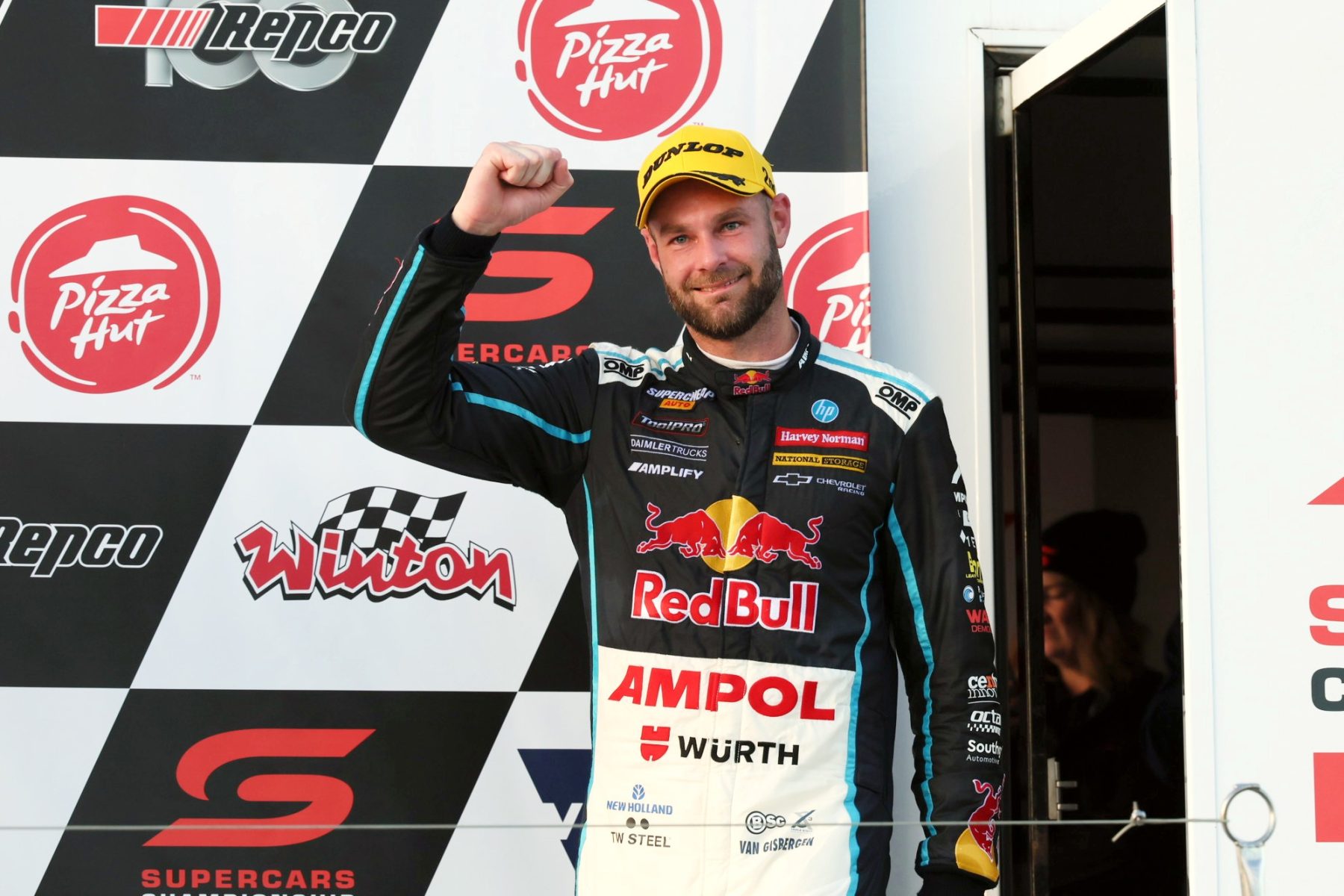 Van Gisbergen clashed with Cam Waters at the final corner on Saturday at Winton.

The series leader suffered a broken steering arm, but only had to coast to the line.

"When you’ve got lock on, if you hit the wheel at the wrong angle, it’s hanging out because it’s turning, you can snap the steering arm," Dutton said on Supercars’ post-race Facebook live.

"Lucky in that regard, but unlucky at the same time.

"Watching from the wall, it looked like he had Cam."

Van Gisbergen was forced to catch a golf buggy ride to the podium.

The points leader coasted his car around the cooldown lap before pulling up to safety.

"Towards the end, I was kind of settled for second, but then Cam gave me an invitation to pass," he said.

"I drove in and had a go, but then he cut across me at the last corner which I would have done as well.

"That damaged our car. Sometimes I need to settle for second, but sometimes I can’t help myself."