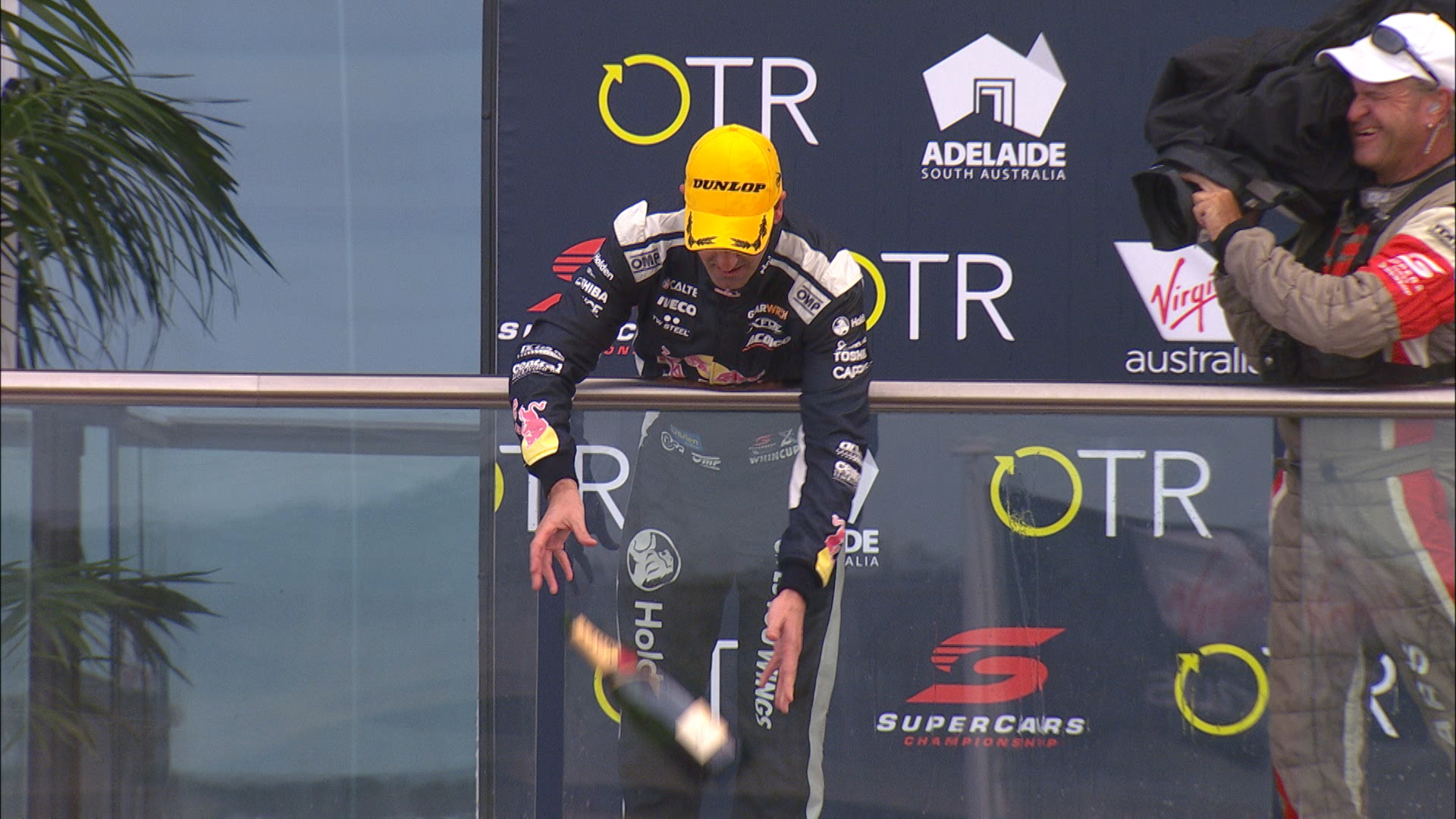 Triple Eight has been fined for Jamie Whincup's podium celebration after winning the second leg of the OTR SuperSprint.

From the elevated podium, Whincup dropped his bottle of champagne to a team member in pitlane.

That is against regulations, with stewards fining Triple Eight $1,000.

"During the podium presentation, the Driver of Car #1 [Whincup] was observed to drop a champagne bottle from the podium to a crew member which is specifically prohibited in the End of Race Procedure," the stewards' report read.

"After to an admission to the breach of End of Race Procedure by the Team of Car #1, the Stewards imposed a Fine of $1,000 on Triple Eight Race Engineering Pty Ltd." 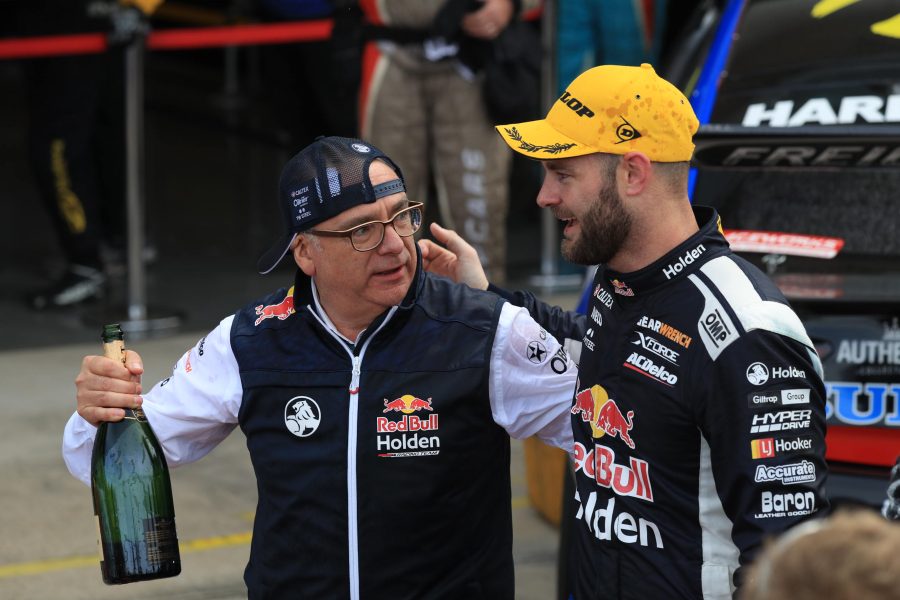 Tickford Racing has also been penalised, for not having an SD memory card in Richie Stanaway's on-board judicial camera.

Its Stanaway and Cameron Waters teams' championship entry has been docked 50 points.

"Following the Race Car #56, Richie Stanaway, was discovered by the S&TD not to have an SD card installed in its Judicial Camera in breach of Rule D20.3.1," the report noted.

"After an admission to the breach, the Stewards imposed a Penalty of Loss of Fifty (50) Teams Championship Points on Tickford Racing Pty Ltd."

Stanaway finished 22nd, and will carry a two-place grid penalty to the RABBLE.club Sandown 500 for an ARMOR ALL Qualifying infringement.

Kostecki suffered right-rear damage on his VF Commodore while between James Golding and Stanaway through Turn 6.

A post-race investigation focused on Golding and Kostecki, with stewards finding no rules breach.