Triple Eight manager Mark Dutton has praised the post-race review process, having himself initially feared Shane van Gisbergen would cop a penalty on Saturday at Pukekohe.

Van Gisbergen’s rear wheels spun as his car was being dropped off its jacks, contravening regulations designed to protect the safety of the mechanics.

A drive-through penalty would have dropped the eventual race winner outside the top 20, and cost the Kiwi more than 100 championship points at a crucial stage of the season.

Instead, official elected to review the matter post-race, using data and video footage to deduce that the wheels “did not complete in excess of a full revolution”.

Deputy Race Director Michael Masi used precedent cases involving Erebus Motorsport’s #9 entry at Adelaide and Bathurst to determine the issue should not be passed on to stewards.

Asked after the weekend’s races whether Triple Eight initially feared the worst, given that the television footage appeared so damning, Dutton said: “It did.

“We were a little bit concerned, for sure. The pit crew actually came in and told me there was a little rotation of the wheel.

“It’s very hard for them even at the coal face to know how much has happened.

“But when we had the chance to watch the super-slow-mo, counting the spokes and the labels on the tyres and that, there was surprisingly little [rotation].

“It was just over a quarter of a rotation. It looked a lot worse than that at full speed.”

While there is widespread desire to have judicial outcomes handed out in-race, Dutton said it was a prime example of a full review being necessary.

“In the stewards’ meeting they said ‘do you have anything more to say’ and, I wasn’t sucking up, but I said to Masi, ‘good on you for taking the time to make the right call’,” said Dutton.

“They have evidence there, video and data and their disposal, and he used it and made the right call.

“In the heat of battle, your eyes can exaggerate what you see sometimes, especially with that. So good on them being level-headed and using the tools at their disposal.”

DJR Team Penske protested the decision, but stewards threw that out, agreeing with Masi’s use of discretion in not applying a penalty due to the precedent cases. 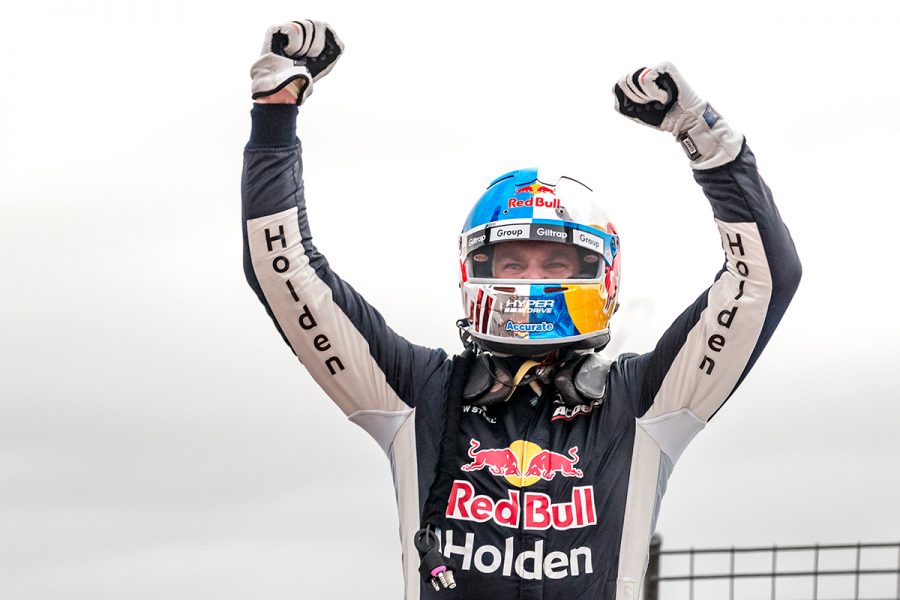 No blame on Shane

Dutton meanwhile stressed van Gisbergen was not to blame for the minor rotation, declaring his inputs were no different to the previous pitstop.

Van Gisbergen suggested post-race that there was a clutch issue, stressing “the clutch was on the floor” when the rotation occurred.

Asked if there was an issue, Dutton said: “A very minor one. I say minor because we inspected everything and didn’t find anything major.

“These clutches are still very sensitive to wear and how you warm them up and do starts.

“We have the data from both stops and it was identical as to what Shane had done.

“The only data you don’t have is anything to do with clutch, so you see the brake, the throttle and the damper pots, which say if you’re in the air or on the ground.

“We looked at all of that and couldn’t fault what he’d done, procedure-wise.

“There was enough data to deduce that he didn’t came back off the clutch, he hasn’t engaged it, because then the wheels would be going a million miles an hour.”

2018 ITM Auckland SuperSprint  ›
Stay In The Know
Sign up to the Virgin Australia Supercars Championship Newsletter
We use cookies to ensure that we give you the best experience on our website. If you continue to use this site we will assume that you are happy with it.Ok