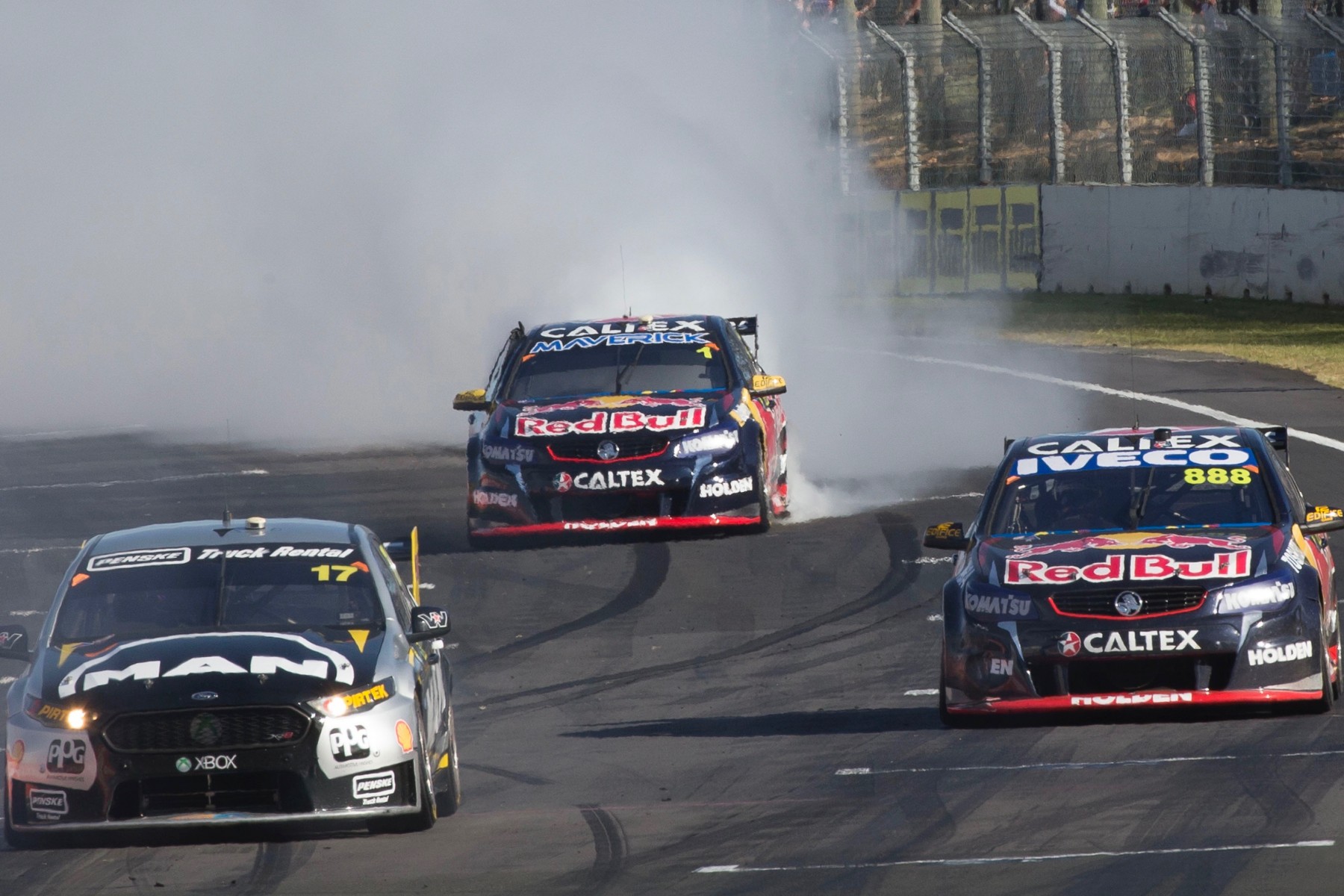 Trans-Tasman rivalry is set to reach a new level at this year's ITM Auckland SuperSprint at Pukekohe Raceway from November 4-6.

With Kiwi drivers figuring prominently in this year’s Virgin Australia Supercars Championship, New Zealand has its best chance of producing its first Champion in 25 years.

New Zealand driver Fabian Coulthard and Australian rival David Reynolds today visited the Formula E Kart Track in Auckland to launch the country’s biggest annual sporting event, which has attracted over 1.5 million fans since it first ventured across the Tasman in 2001.

This year's event promises to be bigger and better with week-long activities including the opportunity for fans to enjoy free karting at three circuits across Auckland.

Supercars Championship Managing Director Matt Braid says the ITM Auckland SuperSprint is an event not to be missed.

"New Zealanders are among some of the most passionate and knowledgeable motorsport fans anywhere in the world and we are delighted to showcase Supercars and this great city to a global audience," he said.

“New Zealand is one of the most popular stops for the Virgin Australia Supercars Championship and I want to thank our partners ATEED and naming rights sponsor ITM for their fantastic support in staging this event. We can't wait to get here."

Auckland Tourism, Events and Economic Development (ATEED) General Manager External Relations Steve Armitage says: “Auckland is proud to host the ITM Auckland SuperSprint and all the action and excitement that comes with it. We look forward to welcoming the Supercars roadshow back for the sole New Zealand event in the Championship.”

ATEED plans a free public karting event at three major indoor karting tracks around Auckland on Tuesday November 1 in the lead-up to the ITM Auckland SuperSprint.

Jim Richards became the first Kiwi to win the Championship in 1985 when he drove a BMW, and was immediately followed by Volvo driving compatriot Robbie Francevic in 1986. Richards also went on to take the Championship as a Nissan driver in 1987, and back-to-back in 1990 and '91.

Coulthard has enjoyed an impressive first season driving a Ford for DJR Team Penske after crossing from the Brad Jones Racing team at the end of 2015.

“We have five Kiwi drivers in the Championship this year, with two drivers currently in the top five and with each round the leader board changes," Coulthard said.

"The competition is so strong and we are right up there proudly waving the Kiwi flag. It’s exciting to think that a Kiwi could well bring home the title at Pukekohe in November.”

Reynolds, driving a Holden Commodore in his first season with Erebus Motorsport after crossing from Prodrive Racing Australia, said the Australian drivers were determined not to let the title cross the Tasman.

"There is a great sporting rivalry between our two countries and nowhere is that fiercer than in Supercars, especially as this event which could well decide the winner of this year's Championship," he said.

Supercars also announced the Big Buddy programme will be the official charity of the event.

The charity, which focuses on mentoring for fatherless boys, is supported by the likes of Willie Apiata VC, Grant Fox, Liam Messam and the event’s naming sponsor ITM.

The ITM Auckland SuperSprint will be staged at the spiritual home of motorsport in New Zealand at Pukekohe Park Raceway on November 4-6 .